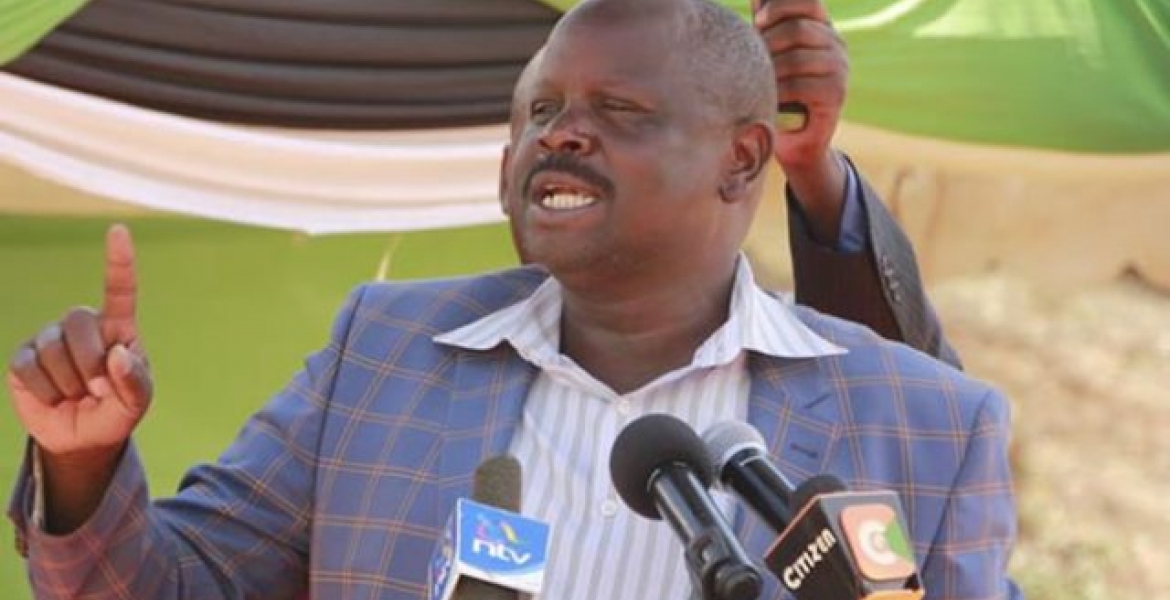 Former Bomet Governor Isaac Rutto has rubbished claims that he ditched National Super Alliance (NASA) for President Uhuru in exchange for an appointment in Jubilee administration.

Speaking to the media at Kipreres, Bomet county, Rutto said he was never promised a job by the president in order to support his reelection, stating that he was not lured with a government post.
He said he did not join Jubilee party, but only backed Uhuru in his quest to defend his seat following the nullification of his August 8th victory.

“My ideas and principles have not changed because I support Jubilee. I am still in CCM and support development at the grassroots,” he said.

He further pledged to support President Uhuru and Deputy President William Ruto to ensure they deliver to their promises to the people of Kenya.

“Free secondary education, support for the elderly and devolution, which are in the Jubilee manifesto, are similar to what I was pushing for in CCM. I will support Jubilee to ensure the leadership delivers,” Rutto added.

“I supported UhuRuto in the run-up to the presidential repeat election because I know as leaders of this great nation we should be able to live together and accommodate one another. We should be able to iron out differences,” he said.

Enough respect Mr. Rutto. You are good fighter but you know when to fight and when to run. You are selfless.

Don't they all deny, deny, deny and then wanaingia box coyly. He will not be the last one either. Bure kabisa, kubbaff, takataka.

I am for rewarding these short-term losers that produced the winners; for you will need them around the corner.

Isaac Rutto you have no stand. After seeing Uhuru's government run in the wrong way for five, so you believe in him. Poor leader. You failed I don't think you will make it anymore in politics.

Hon. Ruttoh made a personal decision to support Uhuruto,but is he aware that he campaigned with bitterness against the incumbent?

Hon. Ruttoh made a personal decision to support Uhuruto,but is he aware that he campaigned with bitterness against the incumbent?

Everyone has a right to support wherever he or she thinks.. freedom for everything.