US Defends Decision to Congratulate President Uhuru for His Nullified Victory 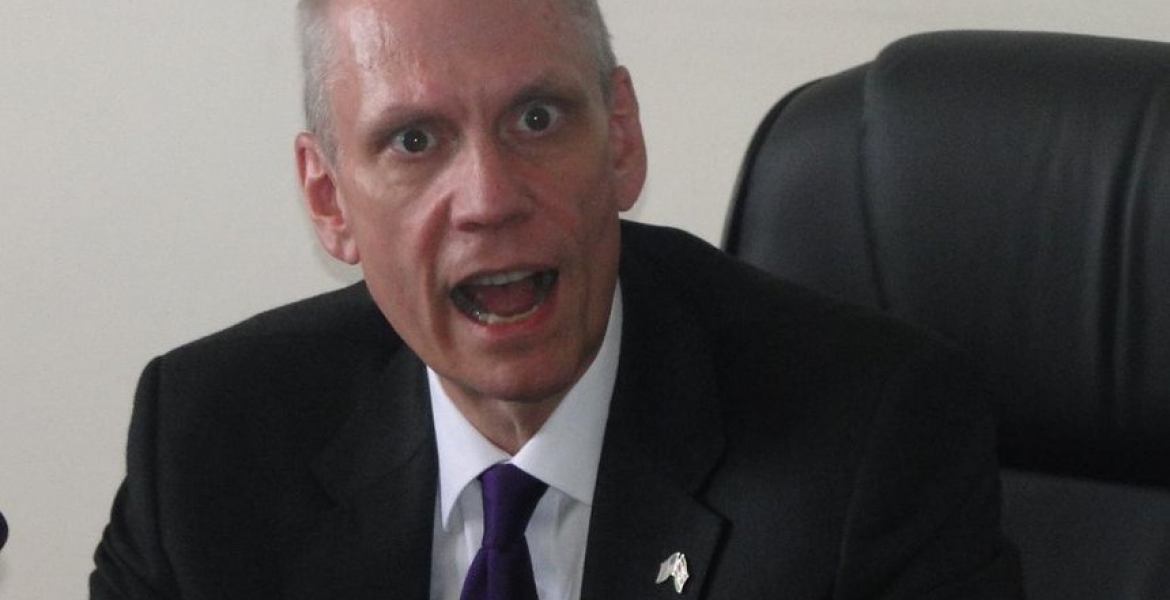 US Ambassador to Kenya Robert Godec has defended US government's decision to send congratulations to President Uhuru Kenyatta for his victory in the nullified August 8th election.

In an interview with the Star, Godec termed Kenya's Supreme Court decision to annul the poll and urged stakeholders to respect the verdict.

Asked to comment on the narrative that there was massive fraud in the annulled poll, Godec said.

" First, as I indicated, the Supreme Court makes the decision. It was a historical decision based on the irregularities. We do not yet have the details of their findings and hopefully, we will have it tomorrow or the next day and that will allow everybody starting with the IEBC to better understand,".

"I agree with you that everybody needs to be very careful about making assumptions about the elections and what went wrong. The observers found certain problems, for example, that Forms 34A were not being posted, the fact that there were issues in the results transmission systems and that some forms were not signed."

Godec further warned on fake news surrounding the Kenyan election and urged people to be careful on what they believe.

" Everyone needs to be careful what they believe because there is a lot of fake news out there, a lot of false statements, for example on Twitter, that IEBC servers were at the US embassy. That's false...absolutely false and there were a lot of other statements which were untrue about what happened.
It is important for people to fact-check...look into what happened...listen to authoritative sources and not simply believe whatever wild assumption might appear particularly on social media."

On the US being the first country to congratulate the President on his election win, Godec said: " There are a couple of things on this. I don't regret the decision. Under Kenya's constitution, one body - the IEBC - is authorised to announce who has been elected president and one body - the Supreme Court - is empowered to say 'no, that election needs to be overturned'."

He continued: "On August 11, IEBC announced Uhuru Kenyatta as the winner of the August 8 election and in the immediate aftermath of that some countries do congratulate very quickly. The United States did not issue congratulation for three days. We were actually later than other countries and that was at a time when NASA was saying they would not go to court. They continued over a period of time.
Likewise, the Supreme Court is the only body that can say the election was bad and there needs to be re-run. I think we need to respect the institutions,".

Godec asked IEBC to follow the constitution in holding the repeat election, but cautioned politicians against interfering with its operations.

"I believe clearly, in line with the historic Supreme Court decision, changes need to be made at the IEBC. The IEBC needs space to do its work and it also needs to listen to what NASA and Jubilee want. It should be meeting with the leaders from all political formations and listen to other experts to iron out the challenges and should definitely reorganise the election,".

" I would urge everybody the IEBC, political parties and the citizens to work in accordance with the 2010 constitution, fulfil mandates and respect the Supreme Court which ordered a fresh election within 60 days. That is what the United States is going to do in support of the constitution,".