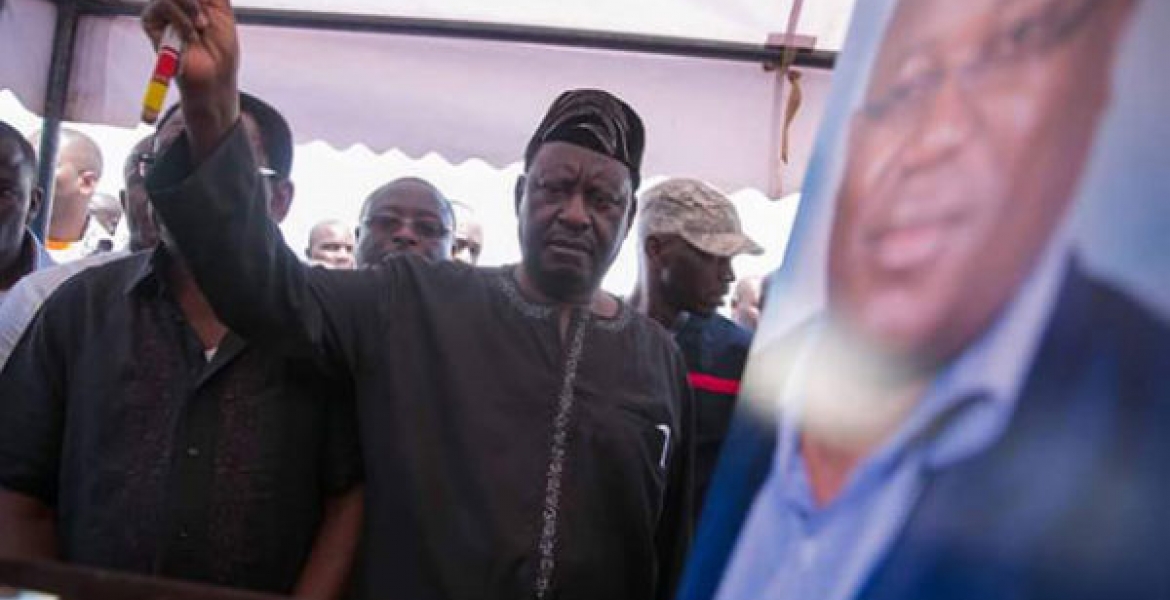 Speaking during his burial in Siaya County on Saturday, Raila Odinga and co-principals Moses Wetang’ula and Musalia Mudavadi said that probe on Msando’s murder was a waste of time because his killers were well known to the government.

Raila said that Msando murdered because he stood firm against plans to rig the elections, adding that the “conspicuous absence of senior government and IEBC officials at the burial is an expression of guilt.”

“Msando died a hero. He was killed because he refused to reveal the passwords but his death will not be in vain,” Raila said.

“When I first visited the family of the late Msando to condole with them, his young children asked me who killed their father and why. Today, I want to tell them that the who and why of Msando’s death is known,” Raila said.

Msando's mother, Mary Aloo asked the Jubilee government and the electoral commission to explain the cause of hee son's death.

“I want to know who killed my son and why. If he made any mistake they would have tried him in the court of law and jailed him. And if he stole anything I would have sold my entire property to pay so as to save his life,” she said.

“Msando died guarding the integrity of our elections and we will not relent in this fight,” Musalia Mudavadi said.

“I was among the first people who viewed Msando’s body at the City Mortuary and I want to say that no human being can brutally murder one like they did to Msando. Msando’s murderers are not worth being called human beings,” said Wetang’ula.