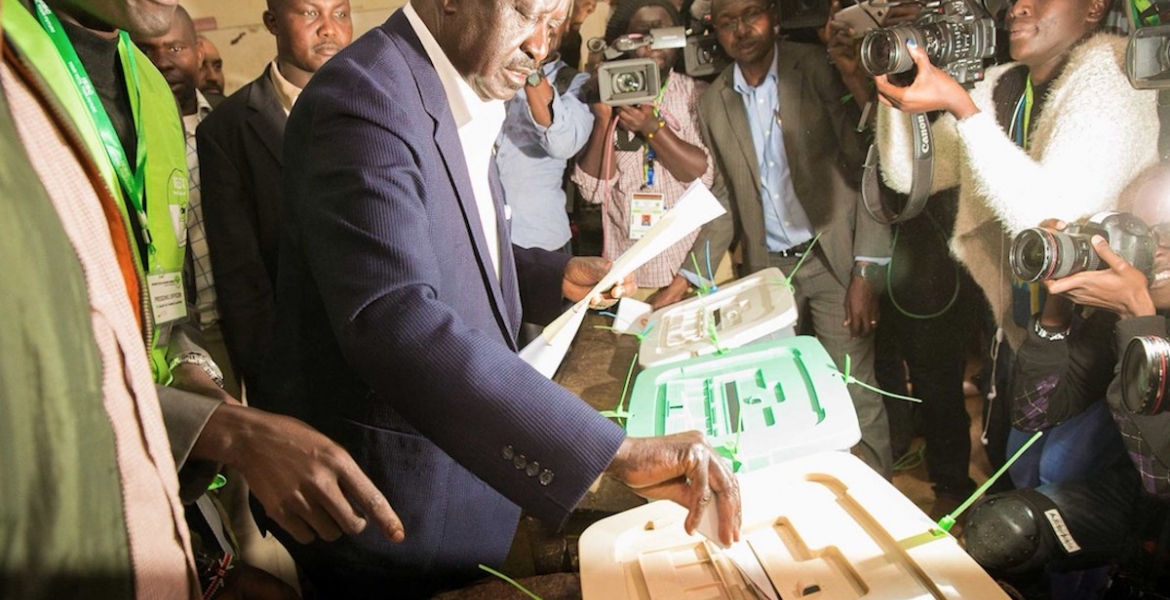 He described efforts to dismantle the tallying center last weekend as ‘an exercise in futility’, saying what police destroyed in a raid at Sifa Towers was just one of many backup centers that the coalition has set up. "Our tallying centre is ready to go. I am sure they are looking for it to stop it like they did last time but it would be an exercise in futility. We have so many backups even in the clouds," Raila said.

Raila, who was speaking to reporters at his Karen home on Tuesday, said he is confident of winning and has prepared a “universal” victory speech, but that if he loses, will speak from the heart.

"I have a universal speech because I am confident that I am going to win but in the unlikely event that I lose, I don't need a speech as I will speak from the heart," he said.