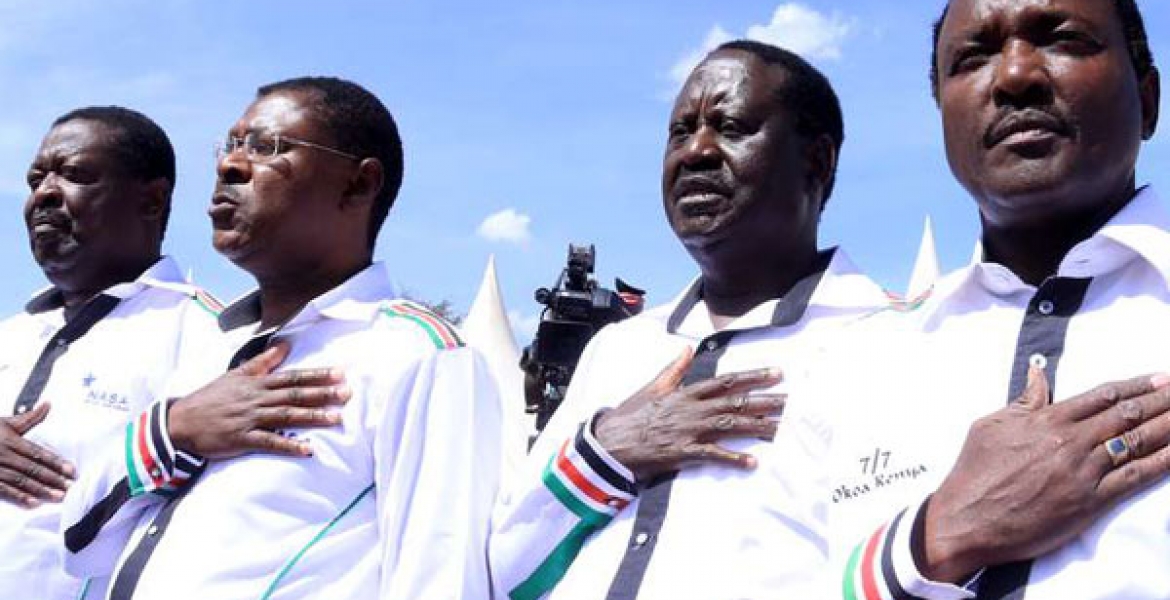 In a new twist of events, the opposition National Super Alliance (NASA) has abandoned the "Adopt-a-Polling Station” initiative and has asked their supporters to cast their votes on August 8th and return home to await the outcome, contrary to earlier stand.

The opposition outfit had earlier planned and raised funds for the initiative that was supposed to have five of their supporters’ camp at each of the 40,000 polling stations across the country to “protect their votes from being stolen”

As NASA principals took their final homestretch campaigns to the cost region, there was sudden change of an earlier stand that they must protect their votes at all costs.

“Everyone should go home after voting because they are expecting us to stay there and cause commotion,” said NASA presidential running mate Kalonzo Musyoka.

His sentiments were echoes by Bungoma senator Moses Wetangula who called on supporters to stay away from the polling stations once they cast their ballot. It is not clear why the leaders suddenly dumped the strategy that they have insisted they must use in this year’s elections.

“Vote and stay far from the polling station. Our agents will do the work go and await the outcome at home,” said Wetangula.

The opposition had earlier locked horns with acting Interior Cabinet Secretary Fred Matiang’i who had warned NASA against marshaling their supporters to camp at the polling stations during voting.

They have not! It's like saying "Raila Abandons Debate." NASA is Leaving NOTHING to CHANCE.