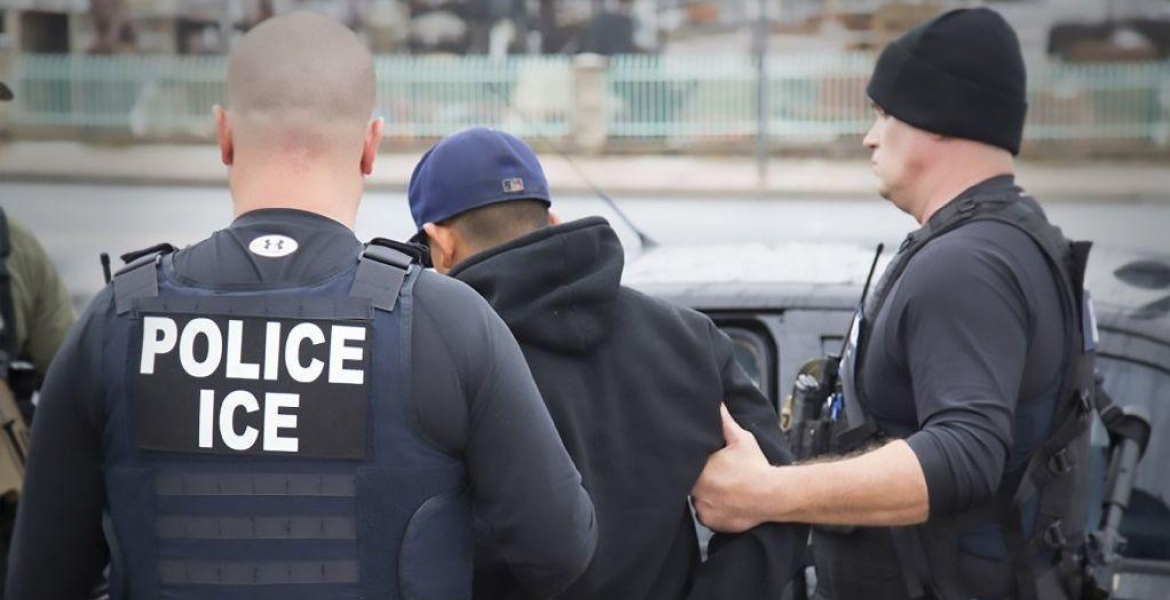 (AP) A federal immigration official says about 800 people living in Northern California were able to avoid arrest because of a warning by Oakland Mayor Libby Schaaf.

Thomas Homan, the Immigration and Customs Enforcement chief, told "Fox and Friends" Wednesday that what Schaaf did was "no better than a gang lookout yelling 'police' when a police cruiser comes in the neighborhood."

Homan says the Justice Department is looking into whether Schaaf obstructed justice. He said Schaaf's actions have made residents less safe.

ICE said on Tuesday that agents arrested more than 150 people in California after the mayor's warning in a sweep that covered cities from Sacramento to Stockton in the Central Valley.

Do not worry guys. There is going to come a time when migrating to the USA will not be a thing to look forward to. But l am glad l was able to enjoy the opportunity to. But you know what, when it comes to ICE, my skin color does not automatically make me a “target”, as is with police. ICEs are mainly (not solely) anti Hispanics. Sad. Meanwhile, mimi najipanga tu, wakinipata, .....a free air ticket to Jamhuri. I tell all the likes of me (maratathiless) tujusort. Yumbukaga na kiria imeretie.

"Unless you're Native American, you came from someplace else."

tell them Imara.thats what rednecks dont like to here

Hi guys kama hauna mapapers why don’t u move to Canada or Australia n u can qualify to get papers through the government websites???God have given u brains but u have refused to think juu u think USA is heaven??Guys I have Fred’s who moved to this countries n r doing way way beta n how they wish they moved kitambo but u must have a skill to move there??Nurses or if ur in healthcare takes less than 6 months to get permanent residency which is greencard ya USA?

@Mkenya Halisi- It's not worthy telling people that they have brains and don't think. This is not fun! If you can't sympathize with people, at least don't hurt them by your words. Some people I don't know where they keep their empathy. Can you put yourself in these people's shoes?

Oops, today you are not telling us how we should invest kwa ka-ploti Kenya. Wonders!!

@sisty yes we have eyes n we don’t see n we have ears n we don’t hear?Pple r full of fear which has put them in awkward situations juu we majority of the pple don’t want to try or take risks n human beings Wr created to try our best without much fear!Listen Canada has bin a fredlier country but our pple in the states who especially have done nursing have refused to move there but have chosen to remain illegally in USA n yet when they hear ICE they start to wet their pants with fear?U can move to Canada get the permanent residence become citizen n after 5/6 years u can move back to USA if u really live the place!!!Thats my point!I know 4 couples who moved to Canada same way after bin illegally in USA for 8 yrs could go to kenya But after moving to Canada they go to kenya as they like n they visit USA for holidays!!!So tuwache mafeelings when we told the truth n when we given advice.

There's nothing as insensitive and irritating as 'persistent' UNSOUGHT advice...unless it's a doctor's office, and even they don't persist...your life your choice. Glad life has no Manual...how boring life would be if we all had to follow the same steps to get some place.