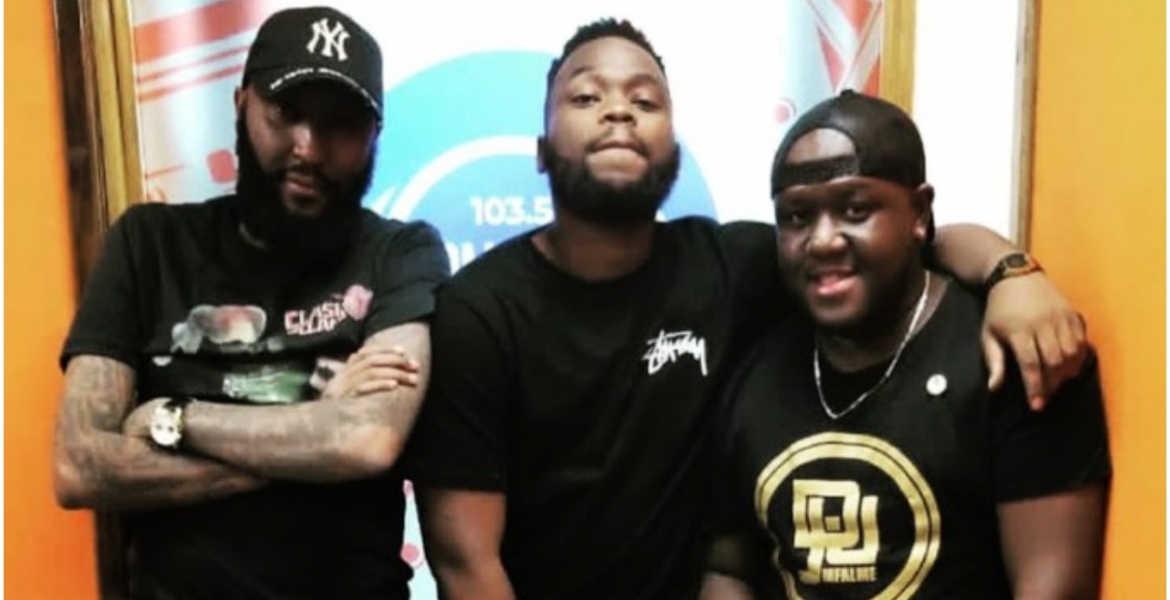 The three are accused of making utterances perceived to be glorifying sexual assault against women during their show on Wednesday.

They were discussing an incident where a 20-year-old woman named Eunice Wangari was allegedly shoved from the 12th floor of a building in Nairobi CBD after rejecting sexual advances from her date.

Through its General Manager Somoina Kimojino, Homeboyz Radio announced it has suspended the three for two weeks following an inquiry into their comments.

During the period, they will undergo training on ethical reporting and on-air discussion of women issues, sexual assault, and gender-based violence.

“Homeboyz Radio does not condone sexual assault, violence against women, victim shaming, and any actions by men who do not respect women’s choices and their voices,” Kimojino said.

Shaffie and DJ Joe Mfalme have since issued apologies to Eunice and her family over their insensitive remarks.

“I realize and accept that my statements about the unfortunate incident that happened to Eunice were very insensitive and hurtful and could be interpreted by some as encouraging the already ongoing and unacceptable culture of violence against women and girls,” said Shaffie.

On Friday, the East African Breweries (EABL) said it had stopped all its advertisements at Homeboyz Radio following offensive remarks against women by their presenters.

”EABL strives to promote inclusion and diversity and we discourage gender insensitive statements including a negative portrayal of women in all our marketing campaigns. The context in which content on the Wednesday program was relayed goes against the core tenets of this agenda,” part of the statement read.

Suspension is not enough.Our women have endured alot of abuse from men.I cannot totally blame the culture because some of the abuse is purely common sense.I have personally witnessed some pervert touch awomen's breasts against her will.Very disrespectful.But to the point of glorifying deadly punishment for awoman rejecting you,you are worse than a baboon.
Where do men get this entitlement to demand,or expect sex after adate.Sure, if it happens good for you.But there area better socially sanctioned ways of going about it.It is rape when you force a woman into sexual act without her consent.This is against the law.May be Kenyan men are not punished enough to respect this law.
It all comes down to respecting women.Yeah.I can hear some say respect is a two way.And that some women dont deserve it.So do other men.And they do not deserve punishment unless they are breaking the law.
Folks think of the consequences before you act.Its all upto you.And dont count of escaping these consequences all the time.Too risky.

...a slap on the hand. We have a long way to go in Kenya. Heko EABL, language ya pesa ndo inaeleweka Kenya..

We demand the firing & a law suit!

Shaffie,Gatama and Mfalme might have been Kabogo Gatama’s companions in the attempted rape act against Wangari.Her father and brother(s) should not expect any justice from the MBETE GANG.They must mercilessly revenge for her.Let your daughter/sister know that she has “WATCHMEN/GUARDS” who love her.They must CASTRATE Kabogo/Mwiti/Raila Gatama.