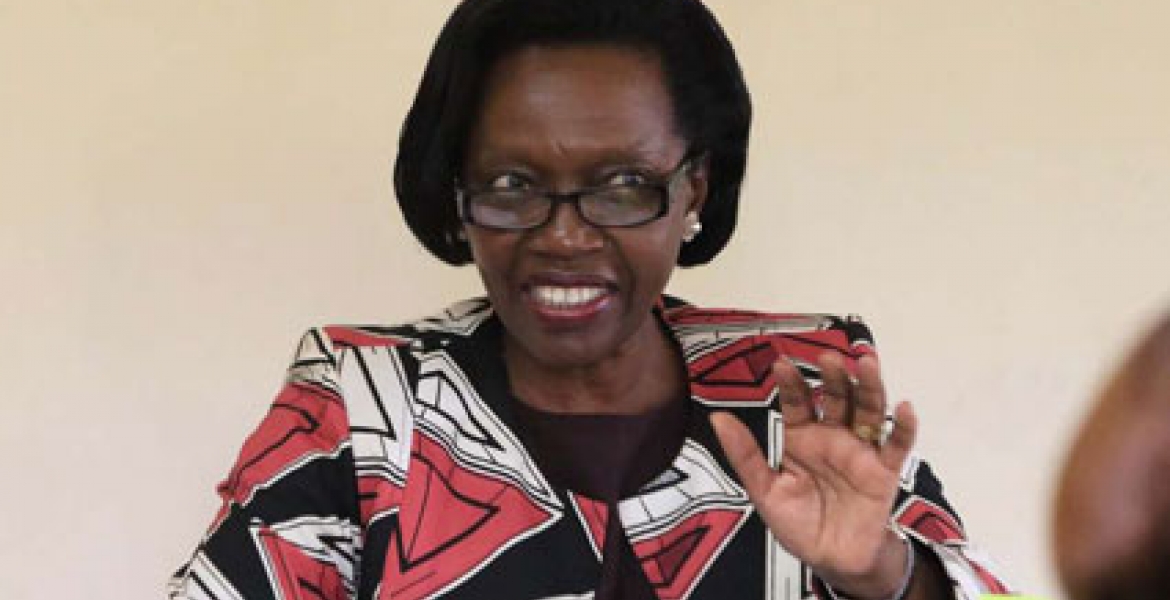 Karua, a lawyer by profession, said she watched the film after US-based Kenyan scholar Makau Prof. Mutua shared a link of the movie on Twitter last week.

Through Twitter on Thursday, May 7th, Karua gave her opinion on the film that was banned by Kenya Film Classification Board (KFCB) CEO Ezekiel Mutua in 2018 over claims of promoting homosexuality, which is illegal in Kenya.

Karua wrote: “Thanks for sharing, Prof. Enjoyed watching this well-acted production by Wanuri.”

She added: “Our double standards on what is appropriate/acceptable for viewing is our undoing.”

But a Twitter user begged to disagree with Karua, noting: “On this, Mama, let’s just agree to disagree. Let male human beings remain male as female ones also remain female. Some behaviors have been assigned the males; others the females. Let it remain so.”

In response, Karua said “the movie does not ask you to behave in any particular way just like when you watch the violent movies on our screens daily there is no requirement that you become a batterer or murderer.”

Last week, High Court Justice J. A Makau upheld the ban imposed on the movie, saying it did not violate artistic freedom of expression and that it was meant to protect the society from moral decay. He noted that the petitioners failed to prove how the ban violated the right of expression.

“The jurisdiction of the court was prematurely invoked. Freedom of Expression is not absolute, but subject to limitations under article 24,” the judge said.

The film, which tells the story of a young lesbian couple in Nairobi, was a major success abroad. It became the first Kenyan film to premiere at the Cannes Film Festival in France.

I agree with Karua. We don't go shooting or murdering just because one has watched some action movies. In fact, I think when Kenya keeps suppressing LGBTQs and their rights then it encourages more to join in the cause of LGBTs and some will become one as a sign of rebellion.

Parents should watch to guide their children in this multi-faceted world. The truth is that your kids will be facing a society of fluid sexuality. Then what? I spoke to a Kenyan middle aged father of a teenager who responded violently to gay discussions. I was quite amused. You gats kids in this US of A, in the liberal states, and want to bury your head in the sand huh? Ok. Just know that their bathrooms now accommodate everyone’s sex, transgender kids be winning all sports and dressing is....whatever sex you feel that day.

Thank you Karua and Prof Mutua. The idea of anyone choosing for me what I can and can not watch is just preposterous and to think one becomes gay after watching a movie is foolishness of the highest order. This moral police should be sent home packing.

Homosexuality is not part of the African culture. It is okay if one deviates from the norms. But do it quietly.

Ihave yet to be told of how homosexuality harms heterosexuality.Please leave religion out of this,and go by what SCIENCE tells us on this issue.Anyway,Why are they so concerned... As long as it remains a private matter,where it belongs,lets move on to real issues;like how to contain covid 19.

@Maxiley, I thought that you left us to fight with Covid-19!

Yes,iam doing my best to fight this menace. Everyone near me keeps 3feet from me.
This has caused self Induced abstinence and now I pray that we soon find cure or vaccine.Otherwise might change my religion to Catholicism, and become a dedicated priest...

It is hard to ignore these so called gays lesbianisms tranvestites socially fluid or whatever they choose to call themselves because they demand equal rights and respect.Thier culture is alien to Africa.Martha and Makau are entitled to their opinions we were all born with brains and can decipher for ourselves what is wrong or right .On the other hand Kenya is not the USA do not force unnatural behavior (even animals do not lay down with one of their own) on us.If you require us to pay and watch the film edit your content and respect our culture .The fact that we do not accept lesbianism does not make us inferior just different not a bad thing .If we all had the same culture it would be boring.Variety is the spice of life.

Hey kenyan neighbor's pliz don't allow such animal stinking mafi sewage tabia pple in ur surburbs or villages.We know what to do to get rid of such demonic pples from our children's!!

Those people here saying that LGBT is unafrican should understand that most of those politicians who they worship in jubilee, ODM etc are closet gay. One day the truth will come out.

Dont watch these movies meant to brainwash you PEOPLE.

No votes for karua in kirinyaga. 2022 people will be reminded you want them to be sodomites.

@ guest 13 I don't support such stinking sewage tabia za mashetani whether it comes from my children or my siblings.Tutaondoa hizi mashetani ushetani gabisa.

Veteran Single Women like Martha Karua are probably gay anyway. Her positive Opinion about a gay movie is not surprising.