I Wanted to Marry Her 100%: Singer Diamond Platnumz Speaks on His Breakup with Tanasha Donna 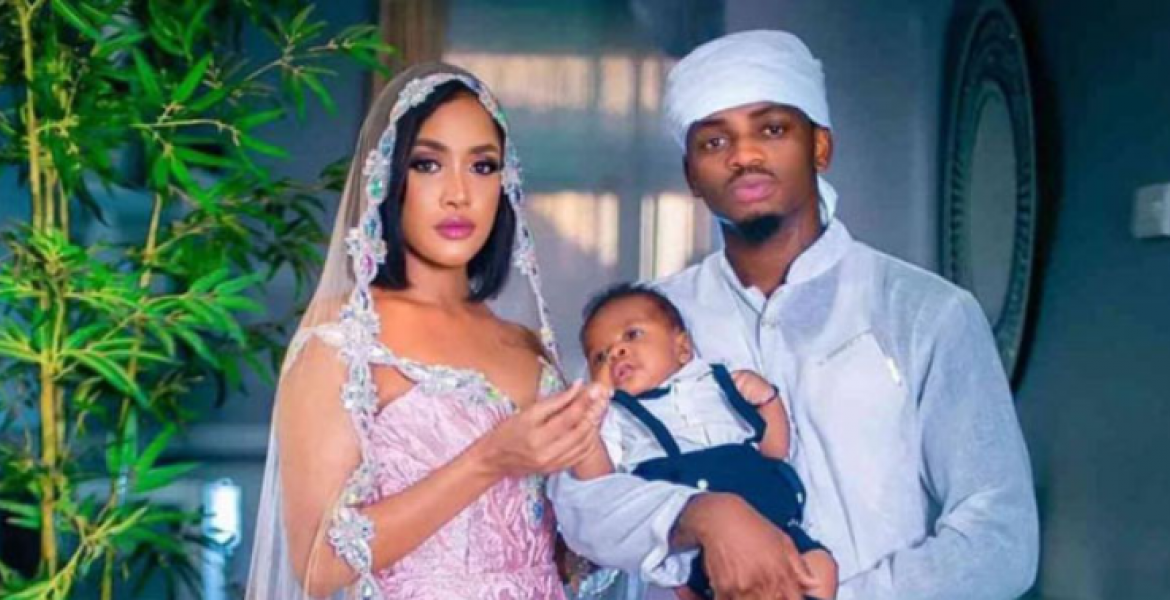 Tanzanian singer Diamond Platnumz has broken his silence about his breakup with Kenyan girlfriend Tanasha Donna.

Speaking on Wasafi Radio’s Good Morning Program on Monday, April 27th, Diamond stated that he was determined to marry Ms. Tanasha but their relationship did not work out.

The Bongo Flava superstar disclosed that his breakup with Tanasha was purely on grounds of their differences on how to prepare for their future.

Their one-year-old relationship came to an abrupt end last month with Tanasha claiming that Diamond was not committed to their union and that she was the only one fighting to keep the fire burning.

Other reports suggested that Tanasha left due to Diamond’s infidelity but the singer denied the claims, saying he was faithful to her.

“She never caught me red-handed…Seriously, it was during the time that I was with Tanasha that I decided to do away with all my past childish behavior and dedicated my time to her,” Diamond said on the show.

“I seriously wanted to marry Tanasha 100 percent or even one million percent and that was why if someone spoke bad of her, I would simply post her picture as a clear message of how I love and respect her,” he added.

Diamond, who is currently rocking the airwaves with his latest hit ‘Jeje’, added that they separated due to reasons that were beyond their control.

“We simply decided to give each other space or maybe, each of us must take own route…We differed on how to prepare for our future. We did not arrive at an amicable decision on this subject. She wanted this and I wanted that so I said maybe each of us wants time to reflect on the right path for us to take. Maybe, it was God’s plan but maybe we may come back and be together,” he noted.

The two began dating in November 2018 and welcomed their son, Naseeb Junior in October 2019.

Stop your damn lies Diamond. Just grow up and stop cheating!! You will end up like your father!! Have no shame in how you treat women!! Gasia!!

Tanasha Donna, I have already told you through Facebook messages that I really love you and I want to marry you. You are wasting your time pursuing Diamond. Diamond is a thug and cares less about anybody else. I am a man with means to take care of you. I appeal to you to change your course and take my offer seriously

This man Diamond has been playing Kenyan women. He need to be told to stop it. He need to look for women to exploit in Tanzania. Huyu Fara hajui waKenya ni nani

What? hajui waKenya ni nani? You are really joking, Kenyans are good for nothing.

He was caught cheating yet again.Who is fooling who he sleeps with the women and on top of that he does not even pay child support.As usual woman lining up to offer themselves trying to outdo each other as Akothee stated a man can sleep with 100 women in a year while a woman can only have one child in a year.Stay away the dude has problems His father left him now he uses then dumps women

Following.....no one is perfect and each marriage has ups and downs.re,unite diamond and tanasha

You're a human. You're the only one person I agreed with. NO ONE IS PERFECT. Things happen and you never know who's the right person to marry.

Useless boy.Grow and when you grow in future, understand the difference between a husband and a community boyfriend.you are a community boyfriend who thinks skirts were made for him
I used to respect and lived to love your music but on reasonable grounds I dislike you decision making ability.it is far from a nursery kid.in other words a nursery kid thinks better than you.
Kenyan Boy,utado?Tanasha is Back.Kenya Rocks.Nonsense!!!!!

Diamond,me as abrother,you must lead to direct the woman, the future lies purely on you to make a betterafamily.

When our nails grow long,we cut them short not our fingers so likewise when misunderstandings grow we cut our ego not relationships so guy we learn from our mistakes

I am only one here who knows what really love mean..I am ready to make this young woman happy this young woman deserve me...all of you have no idea what the meaning of love mean unless you fear God.this young lady is mine..guys quit tripping.. Iam Mr. All 4 Real

Dear Diamond, experience is the best teacher. When you got Tanasha as girl friend I knew it wouldn't take you anywhere. What's confusing you is emptiness and it's only God who would fill your emptiness and not a bunch of women.Its time for you to come back to God and repent and he will bring to you the right woman for you.

Ati wewe ni simba?...ha-ha! You will soon meet your Waterloo. Use and dump mentality is for the primitive animals and not for a man of the 21st century. You have dumped our Kenyan girl...okay!!

Why you what to use all the beautiful ladies and dump them? God punish u

If you really wanted to marry her, as you have said. Go and reconcile to her. Your son needs you. It's hearts me seeing young couples separating. Proof the world wrong and go back to her.