'You Will Face Full Force of the Law': Ezekiel Mutua Rejects Ethic’s Apology over 'Soko' Song 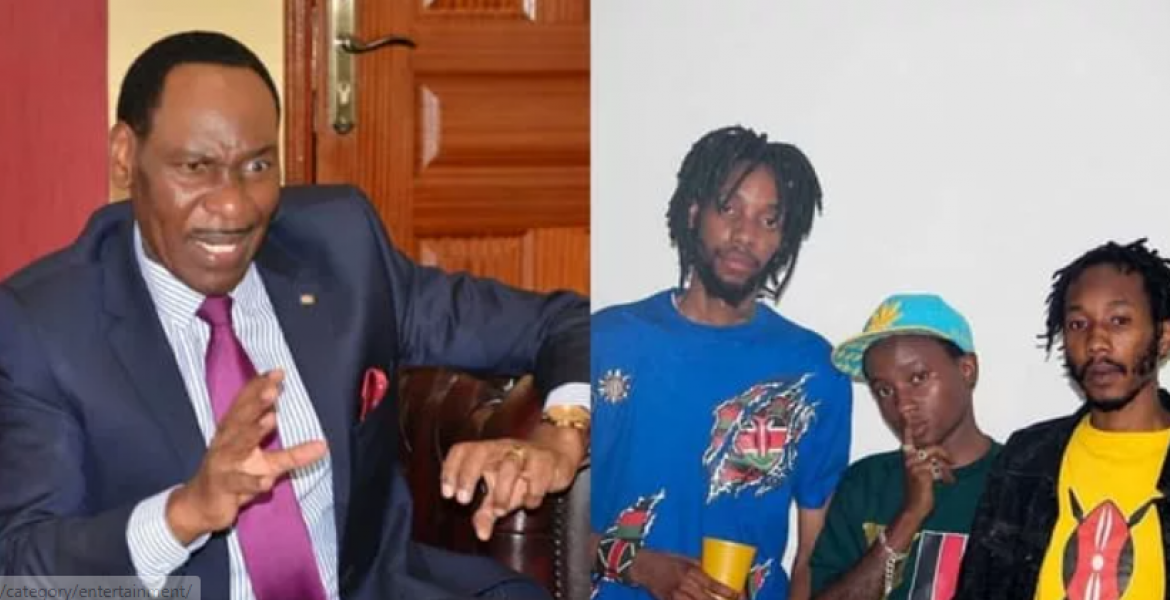 Kenya Film Classification Board (KFCB) CEO Ezekiel Mutua has dismissed an apology by Ethic Entertainment, saying the artists must face the law.

The music group issued an apology after Mutua asked the Directorate of Criminal Investigations (DCI) to arrest its members over their controversial song dubbed ‘Soko.’

The song advocates for rape, prostitution, and pedophilia, according to Mutua. The song was pulled down from YouTube after Mutua wrote to Google.

“Now listen guys, an apology won’t just wash. You will have to face the full force of the law as provided for in the Films and Stage Plays Act Cap 222 of the laws of Kenya,” Mutua said on Twitter on Tuesday.

Mutua added that the artists will have to pay a fine of Sh100,000 or face a five-year jail term, describing the singers as “repeat offenders in churning dirty content.”

Ethic Entertainment, through Instagram on Monday, said: “We owe an apology to our fans who have been nothing but supportive throughout our journey. It has come to our attention that our recently released Soko video has unintentionally promoted paedophilic culture.”

“We are therefore sending our sincere apologies to all our fans and viewers at large. As a result, we have made sure the video has been taken down, it’s inaccessible and we shall not further upload it,” reads part of their apology.

This is not the first time gengetone music group has landed in trouble with Mutua. Last year, Mutua banned their song ‘Tarimbo’ over allegations that it was promoting rape culture.

“When they did Tarimbo, it was terrible, and they were given a warning. They were informed that if they continue putting out such dirty content, their channel would be suspended,” said Mutua.

I don't agree with the lyrics but Do kenyans really prioritize KFCB Ethics over freedom of speech?This Mutua is really going too far in restricting civil liberties with his measures.Not good!There has to be a way of implementing certain measures without seriously compromising freedom of actions and speech.Give those artist a break,they did apologise.

Free speech is not the same as freedom from consequences.

Mutua this time I support you a hundred percent. Waweke ndani wote hata usichukue pesa. Young girls are getting raped left and right in Kenya so promotion of rape or anything equivalent is an abomination which should send these lunatics to jail.

They do not appear to have any talent just racy videos.They are an embarrassment too real musicians in Kenya yes I support the ban