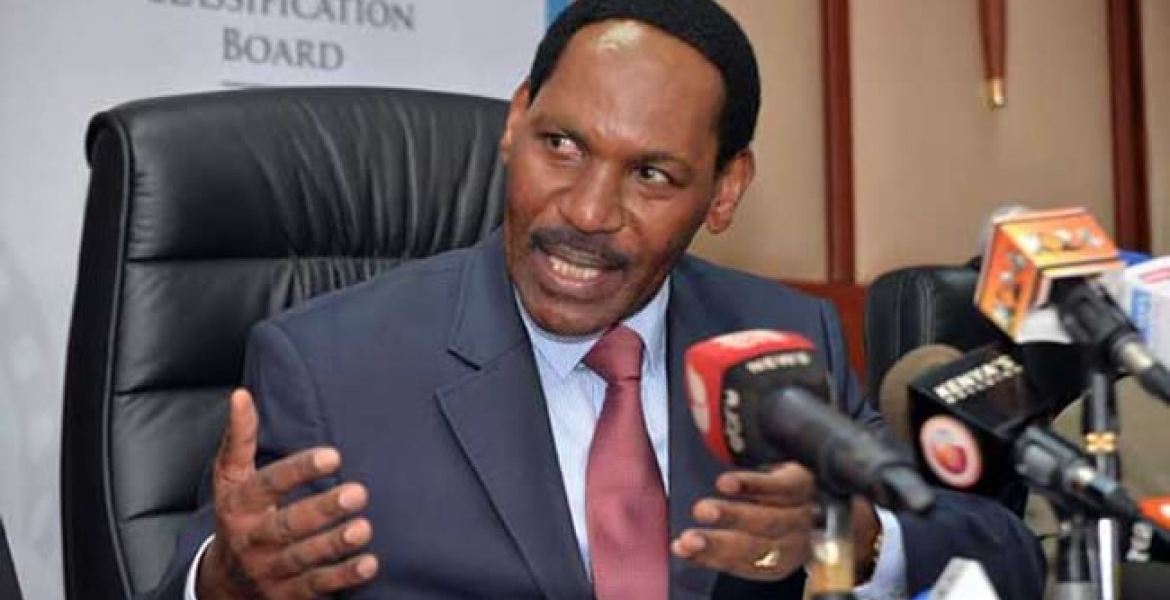 In a bid to tame immoral television programs for children, the Kenya Film Classification Board (KFCB) has banned several children programs aired on pay television, DSTV and GOTV, which it said have been promoting homosexuality and other immoral behaviors.

In a statement, the KFCB Chief Executive Officer Ezekiel Mutua said that he has been receiving complaints from the public that a section of pay TV services were distributing content adoring homosexuality.

"Most of these programs target vulnerable children with subtle messages that are deliberately designed to corrupt their moral judgment regarding the institution of family, "the statement reads.

The board said that after carrying investigations, they ascertained that the claims were legitimate and the programs are currently being aired on DSTV and GOTV, owned by the Multi-choice limited.

Loud House, the Legend of Korra and Hey Arnold, which are animation TV shows aired on the Nickelodeon channels, are some of the programs the board banned.

Others are Steven Universe and Adventure Time on Cartoon Network, another channel available on DSTV and GOTV.

"Most parents in Kenya may not be aware that the children's programs are laced with retrogressive and bizarre messages intended to promote the lesbian, gay, bisexual and transgender agenda in the country," the statement reads.

However, Multi-choice Public Relations Officer Kenya, Philip Wahome denied having received any formal statement from KFCB, contrary to the boards clams. “We cannot act on reports from social media. We need formal communication from KFCB so that we can take the appropriate action,”Wahome said.

If all foreign ideas have to be banned from the television, we must make sure that foreign religious programs must be outlawed first. Any television programs broadcasting about the two most arrogant, insensitive, and criminal religions that are based on mohamed and jesus must be banned first.

We need to revive our positive cultural values while focusing in our schools the teaching of STEM subjects. The STEM subjects are: Science, Technology, Engineering, and Mathematics. If we focus on these subjects, there will be no reason to import our foreign brothers and sisters (Chinese) building our railways, roads, airports, including our buildings again in future.

Any FOREIGN Religion that ENCOURAGES Homosexuality should be BANNED.

I appreciate the fact that you are so enthusiastic about our country. Religion has been part of Kenya since long ago. Christianity or Islam, faith is essential to humans. so please let the church and mosque issue out of this. I'm my son develops some fishy behavior. inapaswa nimepeleka kwa scientist ama kumwombea na kumfundisha Tania njema?

Mutua thank u ban them also ban all the foreign workers who are magay namaresbians.They should not b cleared from our airports once they declare their sex.Wacha wakae huko kwao sodom n gormolla USA/uk/France.All mashogas should b hanged???Next time shut them n arrest the owners of this stations.

You forgot NAIROBI DIARIES!!!! Please, see what this is doing to the young girls.....!