Kenyan Family in Agony After Mysterious Death of Kin in Texas 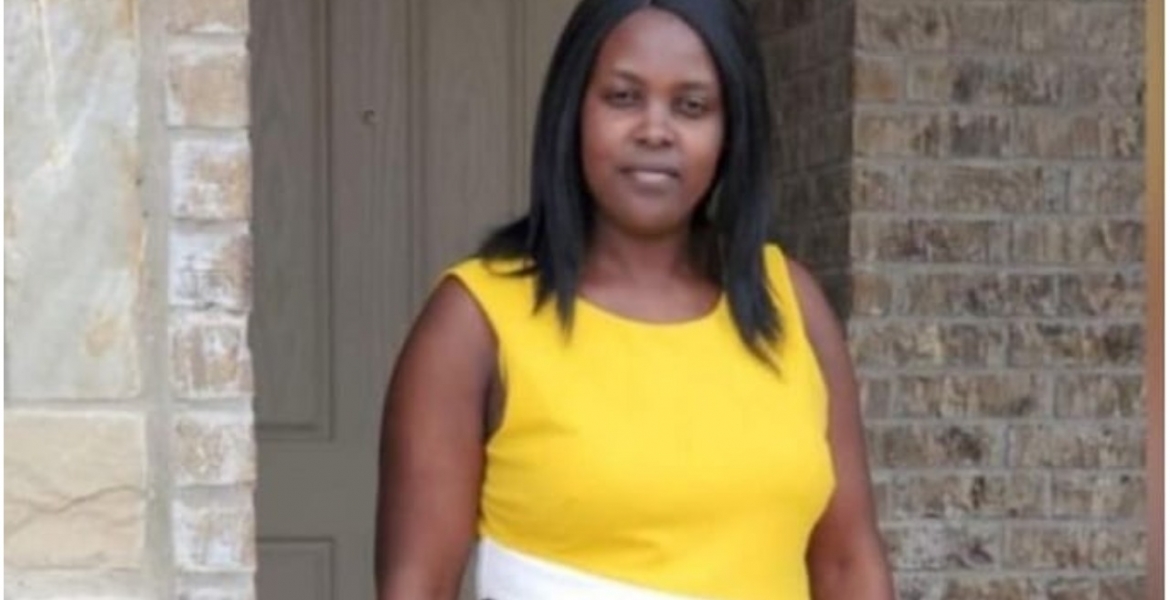 A Kenyan family is in agony following the mysterious death of their kin in the US.

Dorothy Bosibori Ongera, a mother of six, allegedly drowned in a water tub at her house in Texas on December 17th, 2020, according to her partner Obadiah Kinara.

Kinara is said to have taken her body to a funeral home with firm instructions that he is the next of kin and nobody should be allowed to view the remains.

As a result, Dorothy’s father David Ongera moved to a Texas court to seek a determination on who the deceased’s legal next of kin is.

He also sought conservatory orders stopping the release of his daughter’s body from the morgue until the matter is heard and determined.

But Mr. Kinara, through his attorney, told the court on Friday that he secretly buried Dorothy’s body at a public cemetery without involving her kids and family. An autopsy reportedly ruled out foul play in her death.

The matter will be mentioned on February 12th while the hearing is set for March 23rd, 2021.

It also emerged that Kinara was paid millions of shillings from the deceased’s life insurance provider and has since gone underground and is not answering phone calls.

Dorothy was still legally married to Lamech Nyakundi Mose, who lives in Kenya. The two were living separately but were not lawfully divorced.

Below is a video of the story by Kenyan journalist Milton Nyakundi;

How is Obadiah Kinara the next in kin if she is still legally to another dude in Kenya? The Insurance Company will follow up with this because they do not part with the money easily.

I have a feeling this diabolic man had a hand in the purchases of life insurance. He may have written himself as the beneficiary. Killing her, then, denying the deceased her right to due burial & denying the family their rights to view & bury their loved one?? Heartlessness & evil can only describe him! May he die a painful death!

Marriages in USA are rarely about love but it is a financial decision. Betting on who would die 1st. Come Lord Jesus!!

Praying for closure for the family. Kinara you will be found!! God will send his angles!! Malipo ni hapa hapa.

Praying for Dorothy's children and her parents. Justice will be served!

This is efing double standards...if she was an American born white woman, things would have been different.
RIP Dorothy Bosibori.

No autopsy was done yet

So sad, hope she gets justice, may the killer find no peace

The long arm of justice is far reaching. You will soon be smoked out. How do you bury the mother of your children without her children and parents knowledge? Come out and face the music

This man has covered his trucks, denied the family access to the body because he is covering something. The body needs to be exhumed and forensic autopsy done. There was so much blood on the floor, my guess was she was dead then put in the tub and the killer stepped out after which the kids found the mother. Sad. We want justice for Dorothy

1. Drowning happens all the time. ( Ask Whitney Houston's family and 1000 other families that loose loved ones via bath tub drownings).
2. Why is he not answering his phone? BECAUSE people like you are harassing him when he has lost his loved one. He lived with her for years. Not You. YOU are suing him over his wife's remains. Can you imagine going through that just after your loved one has died?
3. He doesn't have to appear in court. He has a lawyer for that.
4. How did his wife die? The coroner has already said there was no foul play. Why don't you trust that??
5. You haven't put out any evidence to show foul play. If she took life insurance, SHE CHOOSE who was to be the beneficiary. Mr Kinara did not add himself as the beneficiary.

This is sickening. Let the family mourn in peace.

Mr. Kinara has no legal right to bury Dorothy without the permission of her husband in Kenya. The Kenyan husband is the one with legal authority over her remains as he is the next of kin.

A person cannot be in two marriages at one go in the US. THere's a name for that and it is bigamy - a crime in Texas. Mr. Kinara states that Dorothy has an estranged husband and continues to refer to her as his wife - showing he is aware she is already a married woman but still carrying himself as her husband.

BIGAMY IS NOT LEGAL IN TEXAS
The Texas Family Code permits each adult to enter into a single marriage with one other person at a time. According to the Family Code, you may not be married to multiple people at the same time. Entering one marriage prevents you from having a legal marriage to anyone else until you legally end the prior marriage. Marriage to two people simultaneously is known as “bigamy” and is prohibited under Texas law. Bigamy is actually a criminal offense under Texas law, although the defendant can escape conviction if they reasonably believed they were not already married when they entered their second marriage.

And now Mr. Kinara is being accused of child molestation.....toeni proof ama you go apologize to this man for dragging him through the mud at his lowest, most vulnerable point in life.