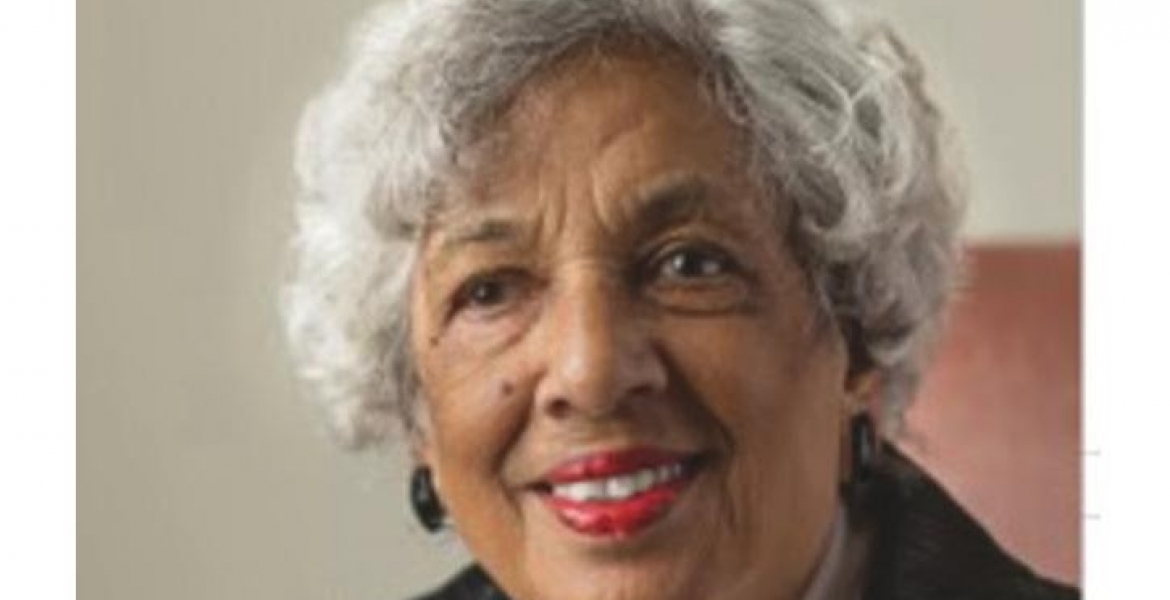 She passed away on Wednesday while undergoing treatment in Ottawa, Canada at the age of 92. Reports indicate she was admitted to the hospital on October 20th after suffering a heart attack.

Emma moved to Canada two years after her husband was shot dead outside his house in Lower Kabete on February 24th, 1965, the first assassination after independence.

Pinto, who was a Member of Parliament at the time of his assassination, left behind Emma and their three daughters; Linda, Malusha, and Tereshka.

Emma came to Kenya from India in 1953 and married Pinto on January 9th, 1954. She worked as a secretary of Cabinet Minister Achieng’ Oneko at Jogoo House.

A man named Kisilu Mutua was arrested and charged with the murder of Pinto and was jailed for 35 years after he was found guilty.

Pinto was a socialist who was opposed to capitalism and spoke against land grabbing and the buying of undervalued properties by people in the inner circle of Jomo Kenyatta's government.

Pio Gama Pinto was the only non-black Mau Mau. Like Jaramogi Oginga Odinga, he was a Socialist/Communist, against Tom Mboya's, and Jomo Kenyatta's Capitalist Policies. His murder has never been resolved. I think that he was killed by a hired hitman, who did not know who was paying him, just like those who killed Msando, and Tom Mboya himself. Kisilu Mutua, whose real name is Kisilu Kitunda, just happened to be at the scene of the crime, either by accident, or he was tricked by someone else to be there, so as to be the fall guy for the crime. Overthrowing a Government does not just need rhetoric, or charisma. It needs Intelligence, which both Pio and Mboya had. I personally don't think that the first three Presidents of Kenya ochestrated Political assasinations. It is their handlers who did it, without their knowledge, because they stood to lose the most, if the Government was overthrown.

JOMO kenyatta robbed Emma and her kids a husband and a father.
RIP EMMA.
Hopefully someone will pay all these murders.

In the trial of Mr Njenga, who was accused of assassinating Tom Mboya, he talked about the Big Man. "Why don't you ask the Big Man? Instead of harassing me"... That shows those presidents were behind those assassinations.

Ex diasporan, your reasoning supports what I am saying. It can be proven that Njenga was the one who shot Tom Mboya. So who was Njenga, and why did he shoot Tom Mboya? Was he a relative? Did they have family problems? And asked about the accusations against him, why does he only refer to the 'big man'? My take is two things. He was paid to do a job, and shown the target. And he knew nothing else. It reminds me of the person who was paid by the Colonial Government, to testify against Jomo, at Kapenguria. The Kapenguria six were only convicted and sentenced, based on the evidence of one person. He later recanted what he had said in Court, and said that he had been paid by the Colonial Government to testify, before committing suicide.

Settled Nomad, you seem quite conversant with Kenyan history. But I disgress a little. I don't think Kibaki administration was involved in assassinations.
[in other news, congrats for voting and confirming your vote.]