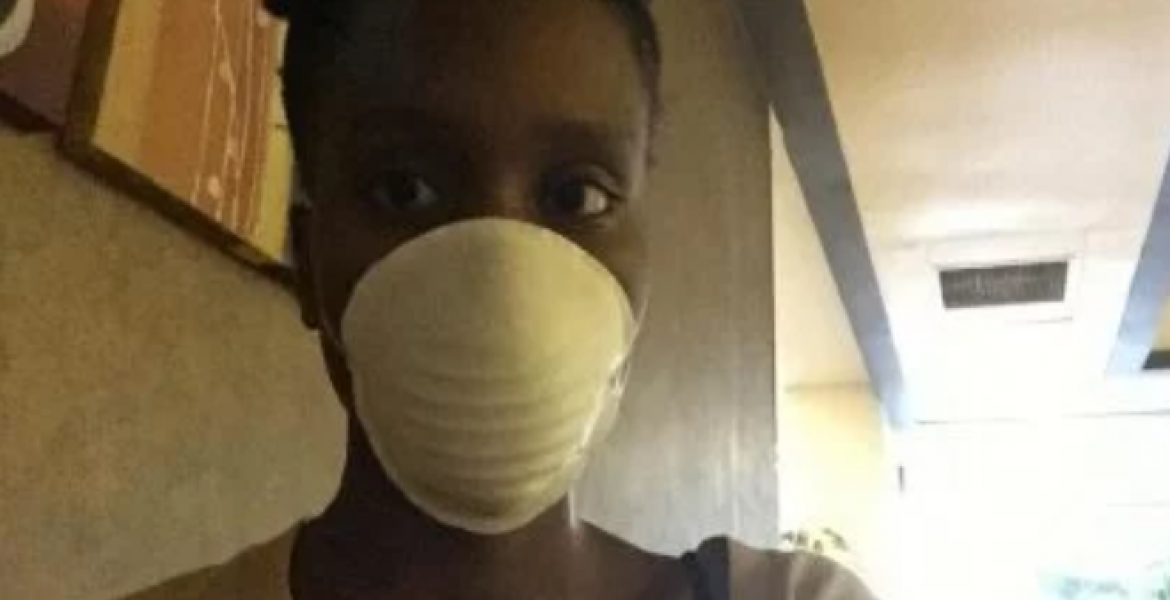 PrideInn Hotel in Nairobi has reportedly detained a Kenyan student for failing to pay a bill amounting to Sh45,000.

The student identified as Mayombe Odubah is quarantined at the facility after she returned to the country from abroad, according to Nairobi News.

Odubah, 20, claims that she was forcefully taken to the high-end hotel by police after the government announced that all travelers coming from overseas must be isolated in designated facilities for 14 days over coronavirus.

The law student at Middlesex University in Slic-en-slac, Mauritius says she was taken there despite explaining to police and the hotel’s management that she could not afford the Sh9,000 daily bill at the facility. In addition, she penned a letter to the Health Ministry regarding the matter.

“Most passengers refused to go to the hotel but police forced and threatened us,” she explained.

“I spoke to the management and informed them I didn’t have the money. A Mr. Amusala told me to spend the night because I wasn’t allowed to sleep at the lobby at Sh7,500 for the night and allow my matter to be handled the following day. He has since stopped picking my calls. I have since been transferred to JKUAT, which is cheaper, but the hotel has refused to release me. My parents cannot afford this cost. I am worried.”

She needs to get out of there.

The Kenyan government will kill her and say she commited suicide.

Those who took her her should pay it. The hotel should also take responsibility for accepting somebody who cannot afford it.

I do not know why police are not able to work with people they are expected to serve. Their recruitment criteria leaves alot to be desired. We have graduates who are unemployed but they go for people who are limited in interpersonal skills or social skills.

@mugikuyu - “What is that which is a lot to be desired?”you can become the entire police force so that you can fill in everything to be desired with all your phony Gikuyu degrees! Stop talking in the third party, “that we have graduates” who can fill in the slots! How many graduates in your community have joined the police force? Talk is very cheap!

@Ruto what is your argument again? Atī how many Agīkūyūs have joined the police force? What does it have to do with citizens being brutalized? What are your solutions to this problem or are you arguing for the sake of arguing?

@mugikuyu - do you have interpersonal skills and social skills? Then join the police force and make sure you don’t steal the gun! Pesa, pesa, na more pesa .... atiriri!

Mwendawiro aka Ruto make up your mind what handle you want to use.

This is very sad. Someone, somewhere wants to benefit from this crisis.
Let's wait and see. They will do exactly what they have done in the past but results will be different
These are different times. 400 years of imperialism,colonialism, slavery, corruption are almost over.
Let our sisters and brothers go.
Man's law is about to be overtaken by God's law!!!

Why is it sad when she stayed, ate, slept and took a nice ol shower in a grand hotel? Be reasonable to the hotel owner!

Did you not read where she told the hotel manager that she couldn't afford the hotel but she was forced to stay there?

Sickening! Shame on the Filthy Kenyans doing this.

@chris - what is shameful and wired is Madowo publishing his movement across of America. He seems to be competing with the coronavirus in its movement!

There are many other Kenyans there who move quietly going about their daily business; truck drivers all inclusive.

People find it hilarious and comical that Madowo has to report his escapades there to find an inch of footing back here in the village. @chris’ mind, Madowo maybe the greatest thing in your life, but lots of other folks don’t care who the student journalist is.

We start to think Madowo has become a new drama queen like Miguna Miguna back in Canada. Any relationship here?

@josiah - police take advantage of what? The people should heed the curfew warning by doing what they have been asked in the process to curb coronavirus. I think the people are cursed for failing to follow the orders. Oh, why should be police cursed and by who? Tell your people to do the right thing and all the police will return to the Camps!