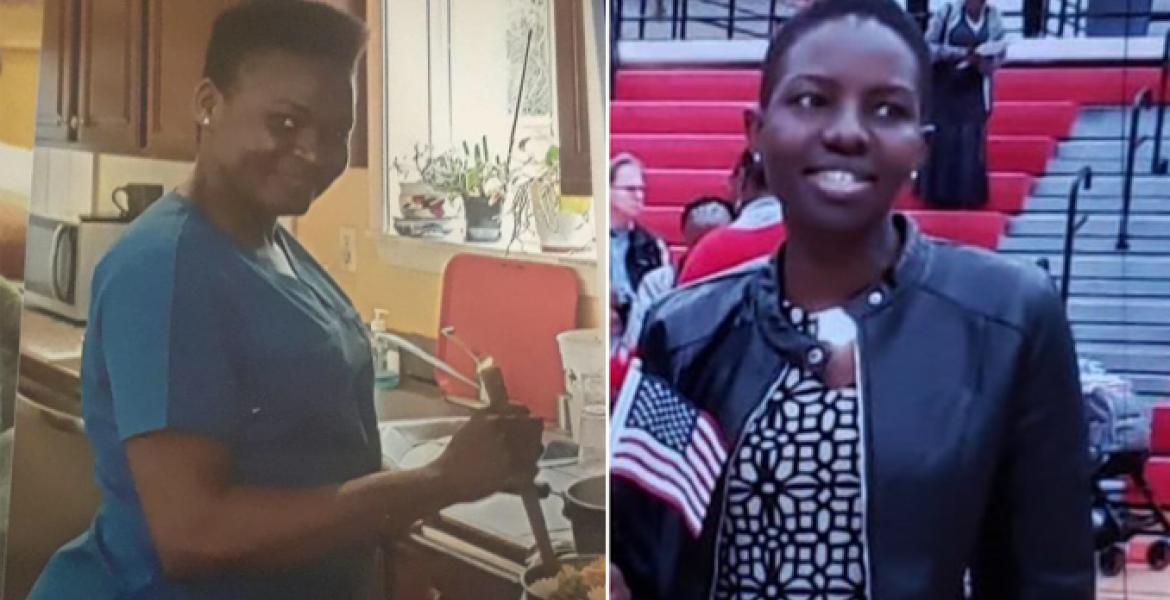 An 85-year-old in Federal Way, Washington has charged with premeditated murder and first degree assault in the shooting of two sisters. The shooting led to the death of one of the two sisters.

Police say they responded to a 911 call from the house at around 12:30am on December 19th. They say they initially did not know who the suspect  was and who the victims were, as they found 85-year-old Beverly Jenne on her bed with an electrical cord wrapped around her neck and a gun next to her, according to Q13 Fox TV.

They also found Janet Oyuga’s body in the home with multiple gunshot wounds. Janet’s sister, Angela Oyuga, was also in the house, shot and fighting for her life.

Police say that the three women lived in the same house, and believe Beverly killed Janet then lay in wait for her sister Angela to get home from work. As soon as Angela got home, Beverly shot her in the back. Beverly then tried to commit suicide, according to police, who say they found a suicide note inside her car. In the note, Beverly said Janet was not a very nice person and that Janet was getting ready to evict her. "I think she was getting ready to evict me, and I'm 85 and have no place to go,” read Beverly’s note.

“The African culture teaches you to extend grace to those who need it support the needy, more so the elderly, the children and the sick,” Pastor Festus Gumbo, who knew the sisters, told Q13 Fox TV.

The family plans to send Janet’s body back to Kenya for burial. A GoFundMe account has been set up for this purpose.

Mist black people will learn the hard way how this group of people feel about economics and ownership. They will not compete with you as your skin color is deemed as a permanent underclass.
RIP sister and support and recovery to the one in hospital.

My own belief is that it was a clash of cultures. The Old Lady wanted her home, where she had lived, for 40 years. The Kenyan ladies got a deal, to buy a home, from a realtor, and accepted it. The realtor did not tell them that the previous owner was still present in the house, so when they moved in, the previous owner was still there. They did not know what to do with her, so they let her stay, as they figured out what to do with her. But she also could not take the fact that her home, in which she had lived for forty years, had been purchased by foreigners. She would rather see them dead, than take over her house. When you go to Rome, you must think, and behave, like Romans!

From what I see, the house was auctioned,and the buyer gave the Kenyan sisters a rent to own option.I dont think a realtor was involved in the auction.None the less,all these shooting is as a result of american dream to own a house gone sour,or belly up.
To me, this culture of gun ownership has a part to pay.Short of poisoning them, I dont see how this old 90 ibs women would have harmed the Kenyans.Add that to unstable mind and the result is tragic.

Auction is done by the courts. I beleive the new owners were being kind by allowing the former owner time until she found a new home. The house was on auction because she could not afford to pay mortgage i would guess or debt . Rent is not cheap not withstanding the search for affordable house is a headache. The only way to stay in her house was by murdering the kind women who gave her shelter . She thought she could get away with murder .she did not consider the next of kin would inherit the house and she would have to move out . She is an evil, evil individual and should never be let out of jail . she should rot there . Let us hope the other sister will survive it is so sad very sad to be killed,maimed for your kindness

@m loise, the new owner is twisted. How can he or she allow the former owner to live in the house and then enter into rent-to-own agreement with these Kenyans ladies. The owner needs to be sued.

@ M loise, thanks I was under the impression that all readers of this forum would know that auctions are done by courts,after the bank forecloses on a house.I hope my not mentioning it gave adifferent impression.

The above is not true.The woman was given an eviction notice before the house was put up for auction.The sisters were in a rent to own agreement thus before they agreed to rent they forgot to insist that the previous tenant or owner be evicted or they were unaware of their rights.Not only should they go after the realtor who foreclosed on a house without evicting the previous owner if they were doing a rent to own and were just innocent renters they should sue the landlord.Sorry the surviving sister or relative should.

All three were tenants, and the owner has a responsibility.

@Kaka, may be the owner was renting room by room.

I Know some Kenyans will treat other Kenyans like trash and treat white people like angels. But this is a sad moment for not good times to discuss other peoples shortcomings. Rip to the young sis and quick recovery to her sister.

Very true David. I remember when I used to work for an American bank in Nairobi, we would all have to stop working and go outside to welcome wazungu directors from America but we never did the same for blacks. It happens here in America too African Americans looking down on Africans.