Kenyan Charged with Choking, Sexually Assaulting Another Man While in ICE Detention in Pennsylvania 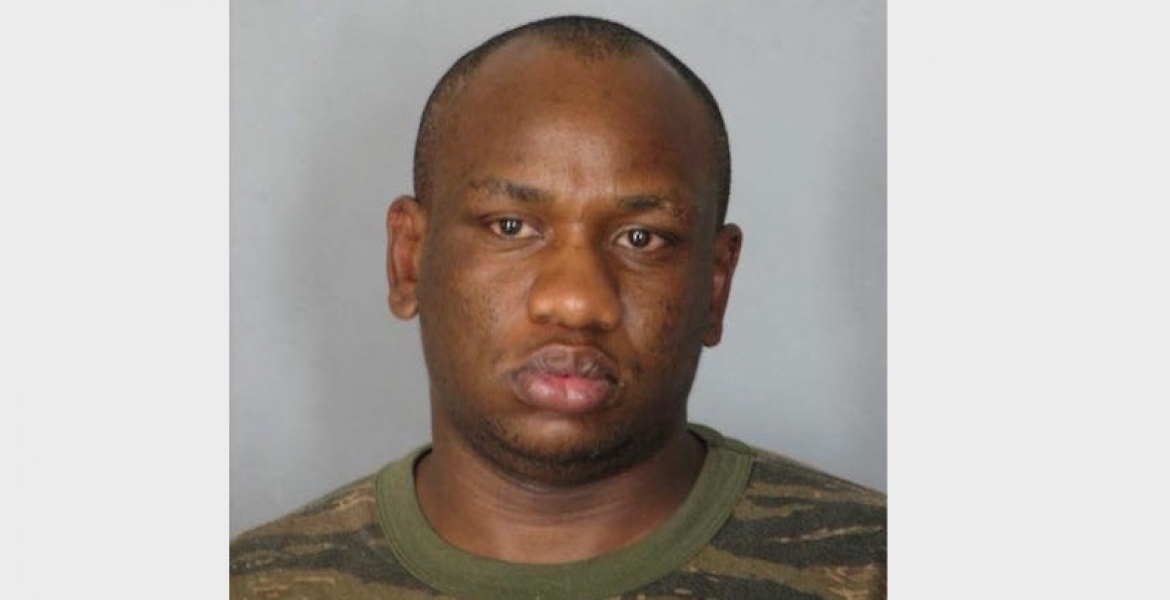 Clifford Ibirithi in a 2015 mugshot after being arrested for shoplifting

An arrest warrant for several felonies has been issued for a Kenyan man in York County, Pennsylvania who is accused of sexually assaulting his cellmate and choking the man into unconsciousness.

Clifford allegedly committed the offenses on a cellmate while he was being detained in the ICE (Immigration and Customs Enforcement) section of the York county jail in February of this year.

On February 20th, a cellmate of Ibirithi reported to a correctional officer that he [victim] woke up to go use the bathroom and soon “felt pressure around his neck and related that it was a chokehold,” according to a police report by Pennsylvania  State Trooper Daniel Weldon. The vicim told the state trooper that he felt rape beginning to happen before he lost consciousness. When he woke up, the victim said “he felt pain in his backside and rectum area.,” adding that his pants were off.

Ibirithi has since been freed from ICE detention and is believed to be living in Tacoma, Washington.

Ibirithi has prior convictions for shoplifting and DUI in Delaware.

Names have Power. Very sad in this case; even very, very annoying.

Ibirithi ni Tbilisi, King'ang'I you are funny and you just made my day

Ndo mukome judging western cultures! Africans too are rotten & closeted; gayism and lesbianism does not discriminate on race, tribe or geographical locations! It’s only that Africans are secretive and the westerners live their lives in the open.

Kenyan gays interviewed on the mass media have always said that we would be shocked to learn the number of prominent and not so prominent individuals involved in the lifestyle. I have often been suspicious of people who take a hardline one way or the other on hot button isses such as homosexuality, religion etc

Very true. These practices were said to be very common in high end schools like St. Mary in the olden days. Those people still carry on today but they condemn the loudest.

Ibirithi must also be nursing his, “ lacerations and abrasions” in his butt hole!! Leave him alone to heal quietly. Perhaps, he went back to his unsuspecting a Kenyan girlfriend! 🤔🙄

You very right. Lacerations and Abrasions cause Infection of the HIV virus straight up from Anus to the body system. That's why educated Male homosexuals who know it, use Condoms big time.

If u r a homosexual n a kenyan in the United States just b your self u don't have to rape anybody. American is a free country n u can find a partner who is the same way. B true to yourselves people. No point of going to jail.

They were already in jail when the rape is reported to have occurred.

What sort of ICE detention center is this with no cameras and why was this rapist let go.The victim should have screamed and yelled loudly create a scene not only will you be put in isolation you get to go see the doctor which means change of environment.Yes I too have been in one of these places they are not jail .detainees have rights it is in the best interest of ICE to keep you alive because they make money off your ass every night you spend in jail therefore they do not want problems with filling out death certificates because if their facility is termed unsafe they will not get detainees most of these facilities are privately owned when you are their guest you take full advantage not lie low like an envelope this poor guy just did not know humility in this country gets you now where.Sometimes it is advantageous to make noise.

I'd like to see you scream loudly and make noise when you're passed out from a choke hold. Remember Eric Gardner from New York died from a choke hold? And why would a willingn partner report the crime to authorities?
Lastly we need the number to Ibilisi's lawyer. He must be really something if Ibilisi is still walking the streets of Tacoma. I know Kenyans who were deported for a broken tail light.

Gay sex- mano O mano. Mundu khu Mundu itself seems like rape. I know so many Kenya men in diaspora who are VERY ill-mannered in Kenya but well behaved majuu just coz they fear prison and the notion that they will be turned gay or maybe kuchorwa tanye or all the above. Either way hii ni tabia mbaya sana. They should've just said a certain man not Kenyan. Hizi vituko za wakenya majuu haileti shangwe!