Mwende Mwinzi Must Renounce Her US Citizenship, Duale Says 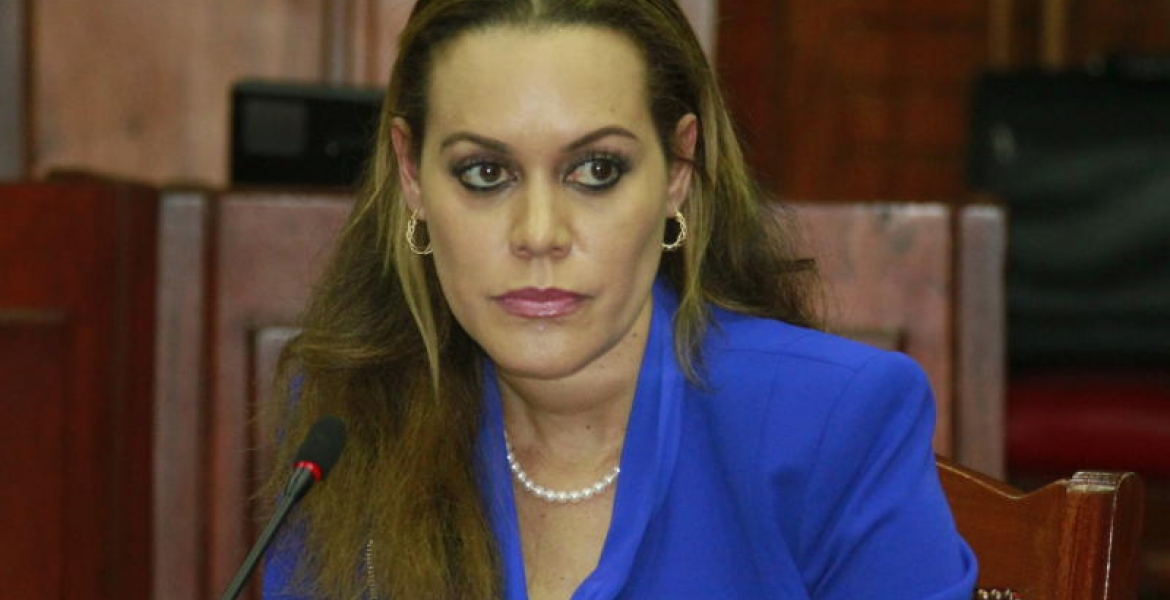 Duale insisted that Parliament will not allow Ms. Mwende to take up the position before renouncing her United States Citizenship as required by the law.

Duale further termed as false claims that he is a dual citizenship holder, saying this was an attempt to blackmail him over his refusal to facilitate the approval of Ms. Mwende to the ambassadorial position.

"We are also aware the Presidency has also been misled so that it can be put in a collision course with Parliament as a way of fighting back with the hope that the intimidation will yield fruits.”

"Section 31 of the Leadership and Integrity Act, 2012 is clear that a person who holds dual citizenship shall upon appointment to a state office not take office before renouncing their other citizenship," Duale wrote on Facebook.

He said MPs were lenient enough to approve Mwende’s nomination but she has refused to relinquish her American citizenship as required.

"The National Assembly approved Mwende Mwinzi for appointment hoping she will follow the requirements of the law and renounce her American citizenship. In complete disregard of the law she has acted in bad faith and refused to adhere," stated Duale.

Duale, who is among 11 leaders being investigated by Ethics and Anti-Corruption Commission (EACC) over the status of their citizenship, said he has never been a dual national.

"It is a matter of public notoriety that I am a proud Kenyan citizen and I do not hold dual citizenship and I have never held citizenship of another country and will never do.”

"Indeed the so-called public interest litigators should have looked for other "clever" ways of arm twisting Parliament. This one falls flat like a flat tyre. As Parliament, we have an obligation to respect, uphold and defend the Constitution. This one we aren't giving up soon. You can take this to the bank!" he declared.

Mwende has filed a case in court seeking to stop MPs from forcing her to renounce her US citizenship.

Kenya benefits most from the dual citizens in kenya and diaspora community and hence we need to change this stupid law to benefit the whole country. I feel that the next president should be from diaspora community as they have broaden mind set of how the world ought to be. They are more likely to avoid corruption as a way of facilitating government ideas and policies.

Correct. Duale is a dual

Good luck Ms. Mwinzi! These same MPs have done disservice to Kenyans all along. Better you who is dedicated to serve the country.

The application of the bad faith law, is premised on ill will and covetousness

As an American, one will serve American interests; As Kenyan one will serve Kenyan interests. Those interests are quite different. One is that of a Master-and his blessing (the sword-gun) and the other is of that of servant whose blessing is (Water). Those two blessings are on collision path.
No one can serve two masters.
The question is whose paid do you feel?

I meant: Whose pain do you feel?

Kenya constitution states it clear. Why modify it to accommodate some? I believe no one with dual citizen should be given a distinguished governmental position. Look for example IEBC Roselyn Akombe and the position she had on 2017 election. That ng'ombe almost Kenya burning while sneaking out, traveling overnight courtesy of dual citizenship. One too many, if you cannot denounce it please don't ask some high positions.

Mwende has never lived in Kenya. She has no business trying to be Kenya's ambassador.

Local non-dual citizen mpigs have done nothing good for the country. All they do is enrich themselves, and won't let such a humble dual-citizen do her job. Bure kabisa!

The law is very clear on this issue. Renounce your American citizenship or kiss the Ambassador job goodbye. The ball is in your court dada Mwende.

Why fight the constitution? Follow the law and let’s move on. Am sure she probably knew of this law but due to law bending Government we have she thought she will be cleared. Am just glad Kenya has come far and now there is some transparency like there has never been before. This won’t cut it in other nations either, you can’t be a US state official with dual citizenship. Am amused by some guys saying Kenya benefits from diaspora , it’s true to some extent but not as a state official. By the way am a diaspora and I am not going to pretend that I can represent a country or county fully yet I don’t permanently live there to understand the real situations of mwananchi.

You fight constitutions because constitutions can be imperfect and may need amendments. Even amendments can have unintended consequences. I don't have any idea why she would put herself through this stuff. Just remember, non diasporans have been running kenya into the ground for over 50 years and right now, we have a born American birther who was born here but is clearly serving another master and who accuses any adversary of treason