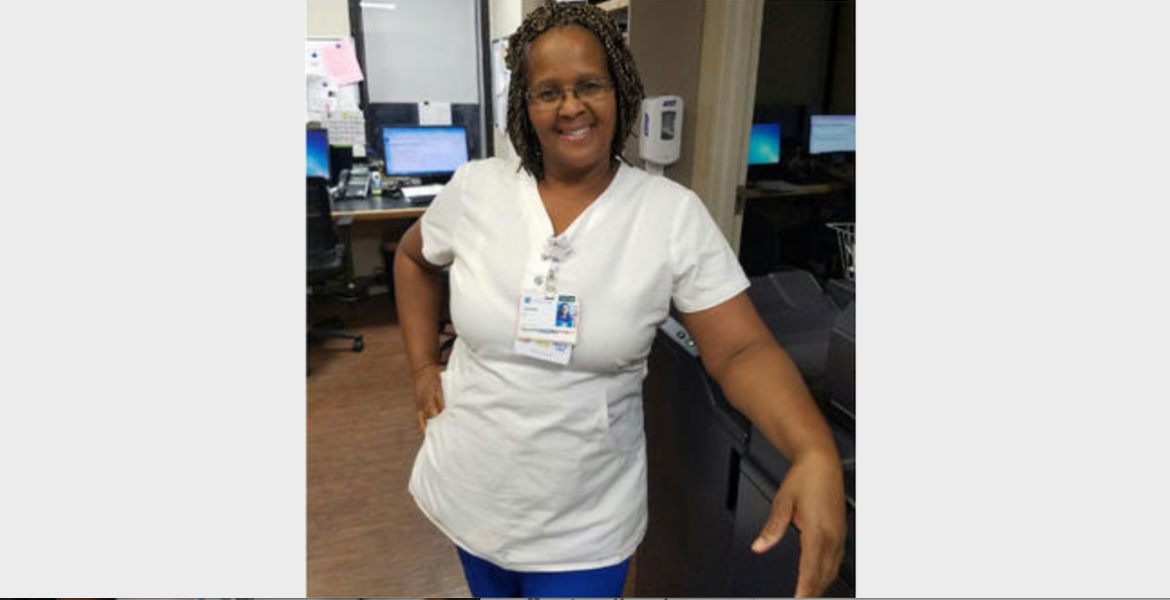 A Kenyan nurse in Fort Worth, Texas remains hospitalized with severe injuries and was in a coma for 15 days after she was crushed by an elevator on January 20th at John Peter Smith (JPS) Hospital where she works.

Carren Nyasuguta Stratford was stepping onto the elevator when it started moving before she was completely inside the elevator.

Carren suffered hypoxic brain damage and multiple internal injuries, causing her to be in a coma for 15 days and still in and out of consciousness, her attorney, Frank Branson, said at a news conference on Friday.

Carren, 56 and a mother of two adult children, has worked at the hospital for the last two and a half years and was planning to enroll for a masters degree in nursing - plans she will have to now have to put off, her lawyer says.

Amen! This is horrific.

Praying for you sister

In our prayers sister. Feel loved and comfort for the family.

This is so unfortunate.I hope that she recovers fully,if possible.

Elevators are not supposed to move with doors open . . . they got an electrical interlock for all doors so that if any floor door is open including the cabin door it should not move.The elevator company is therefore at fault for not checking the safety circuits .

Lord have mercy! Praying for a miraculous healing and peace to the family and friends. It's true that elevators in US are inspected and maintained by independent contracts. Why are they not responding to calls from hosp's CEO? They know something.... need to be sued to it's knees.

Really nice lady. Kind and Courteous. May God heal her and grant her favor in all matters legal. They took so long to reveal details on this incident. Mungu awatangulie Caren na familia. Poleni sana

Very scary indeed and for the elevator owners not to respond for eight days? Poleni Sana.

Almost unbelievable!How many times have I stretched out my hand inside an elevator trying to stop it from shutting its door before I enter? I won't dare again!A quick recovery to my dear sister.

May The Almighty God grant you a quick and full recovery. In our prayers sis.

May the Mighty Healing Hand of the Lord be upon you sister. Healing is in God's
Hand. Praying for you and your family.

prayers for a quick recovery to Caren and comfort for the family.

Pole sana sis. In our prayers for recovery