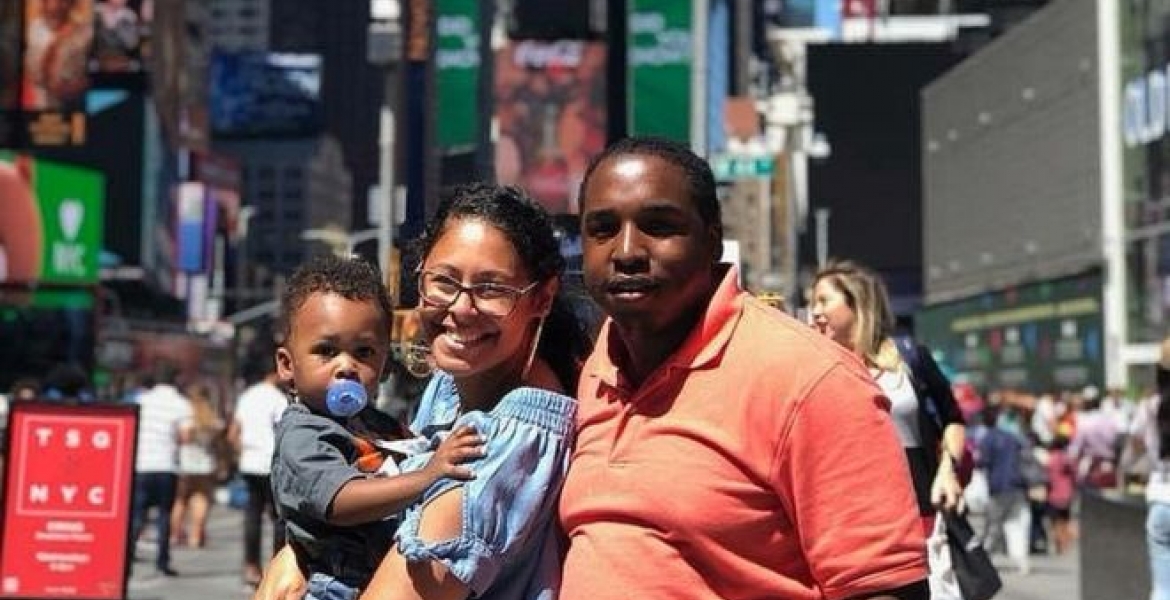 An American man has opened up on how studying in a Kenyan school changed his life after a troubled childhood in United States.

Devon Brown, now 28, moved to Kenya alongside 11 other boys in 2002 after being declared uncontrollable by their former school in Baltimore, Maryland.

Brown says that he was very excited upon learning that he was being taken to a new school in Africa courtesy of a non-governmental organization.

"I was so excited about this opportunity. I had never been to any airport, let alone on a plane, so this was beyond my wildest dreams," he tells BBC.

Brown and the other 11 boys were admitted to Baraka School in Dol Dol, a small shopping center near Nanyuki, Laikipia County.

Brown's late mother was an addict of hard drugs including cocaine and heroine while his father was a drunkard, Brown shares with BBC.

This reduced the young man into a bitter boy with low self-esteem and was severally suspended from school in Baltimore over his bad behavior.

"It was embarrassing to have a mum who was not stable and that was difficult for me to understand. When she was sober it was great but when the drugs took hold of her it was another case altogether," he says.

Abell Foundation, a US non-governmental organisation recruited him together with other boys and chose Kenya as the best destination for their studies. He was aged 12 at that time.

"I can still remember driving into Nanyuki and seeing hawkers trying to peddle their wares on the street, while at the same time fighting for space with herdsmen guiding their cows and sheep on the road. That was an unreal sight for this boy from Baltimore," he recalls.

Brown says Baraka School changed his life. "My life turned out pretty well. In addition, some of the guys we went to Kenya with are doing well but others not so well. They are still into drugs and other misdemeanors. Everybody had to make their own choices I guess," he says.

So far, 120 American boys have had their studies at Baraka school over a seven-year period. Devon says he found a renewed focus and a deeper faith in God at Baraka.

After completing studies in Kenya, Brown joined Maryland Institute College of Art, where he graduated.

"Honestly it turned me into the man I am today. From a boy with limited options in inner-city Baltimore to a man who has now run an ice-cream company with revenues of $400,000 as its CEO," he reflects.

He says one day he will take his family of five to Kenya to show them the school and land that made him who he is today.

"We got to interact with boys in the neighborhood learning in small classrooms and it made me feel appreciative of the small stuff back in Baltimore and what I have. Also I learned that Africa is not all bad. Not everyone is poor on the continent. Not everyone is struggling. There are no naked people running around every five seconds like they show in the movies," says Brown.

This documentary of these boys was aired some year back on PBS (MPT).

Yep! Visiting "Nyalgunga" after High School shaped Barrack Obama destiny too. There is something Nolstalgic about Going back to your Roots; especially Africa (the Cradle of Civilization).

Video ya mashujaa hawa wa asili ya Kiafrika inaweza kupatikana chini ya "The Boys of Baraka."

Askofu could have made a very good High school Accounts clerk. Anyway.....history will Judge us.

Asante sana @ Imara Halisi, I was about to ask where I could get the Video- without putting effort in the search.

Kumbe wewe ni kunywa damu ya wenyewe ha haha , ati without putting effort , how many seconds does it take to type "Baraka Boys " on google to generate a video ..... wacha uvivu. ha haha. The one sentence you wrote and submitted to Mwakilishi was enough to get it lol. you are glad I do not supervise you he he. Hope you are basking in warmth huko FL, huku MD/DC baridi imeingia...

Disclaimer : Maxiley and I joke like that for those who lurk and wait t criticize when I write something ....nawajua :-)

Infact thought of asking yo:😀Thanks for waking me up

You are a visionary. I nominate you presidency in 2022 on the diaspora banner.I nominate myself as your campaign manager...

Infact thought of asking yo:😀Thanks for waking me up

".......it made me feel appreciative of the small stuff back in Baltimore and what I have...."

Some statements, like the one above, make me sick......regardless of all the good things that might have been said. Am glad I know the truth.

"Africa is not all bad", this devon guy should have said Africa is not bad.he stays in Kenya for only seven years and he is an expert in African matters.
"Not everyone is poor in the continent" Seriously Baltimore Maryland is one of the poorest cities in America.Someone poor in africa lives way better than a poor american who lives on streets, eats food in shelters, can't access good treatment.Point is Americans should keep off making stupid and uninformed remarks about africa yet their country is just yuck.Insinuating the country is better when we'll know its shit hole.