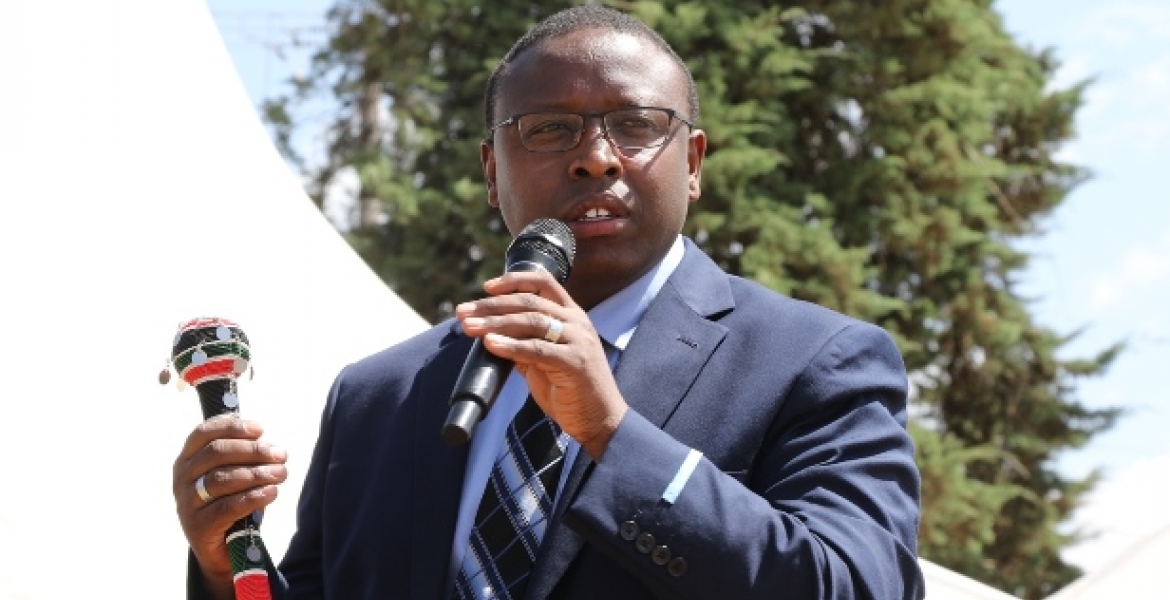 Speaking to the press at his office on Monday, West Pokot Governor Prof. John Lonyangapuo said he received a letter from Atudonyang stepping down from the health docket.

Lonyangapuo said Atudonyang will now only serve as the county Deputy Governor, and that Atudonyang has offered to work without salary.

This comes after Governor Lonyangapuo was arrested and grilled last week at Ethics and Anti-Corruption Commission (EACC) headquarters over allegations that the Deputy Governor has been receiving a salary from the County for several months despite having a full time job in the United States.

“He (deputy governor) does not depend on the salary. Those who have been making noise about misuse of funds should stop it,” said Prof. Lonyangapuo during the presser.

He added: “We need motivation and new momentum for results to be realized. My CECs and Chief Officers have been competent and I am proud about them.”

Atudonyang, who works as a neurosurgeon in Texas, United States allegedly left the country immediately after he was sworn into office last year.

Deputy governor please return the money you have so far received to the county government with interest, then resign. You are a liar, selfish and greedy..all qualifications of politicians in Kenya.

The 2 people: Governor and Vice Governor; seem Liars and Crooks & Nooks at Taxpayer's expense. So I am glad that you called him (even them) out.

I couldn’t agree more! The fake deputy governor need to be reported to government authorities and Kenya anti corruption authority need to follow this up with US government. I believe if properly engaged, US authorities will put this guy where he belongs - jail. And he should pay back every penny.

No surprise. 99% of Kenyans in Texas are Goons to say the Least negative.

Here is a perfect case of a very corrupt team. But even the voters supported corruption, they had the facts, but chose to follow their stomachs. We need divine intervention to save the County.

@ Kenya Ati report this guy to FBI, you know you can do the same. If he was arrested the the DCI don’t you think they know FBI exists ama., too much news..

@Omosh, assuming is different from making a report. The goon in Texas was not arrested by DCI. It is the governor who was arrested

Vv-sad indeed, and VAT has been introduced to cater for extra spending both in county and national government. It is only in Kenya where someone works in USA and extra salary comes from poor Kenyans. No penny back!! What a pity?