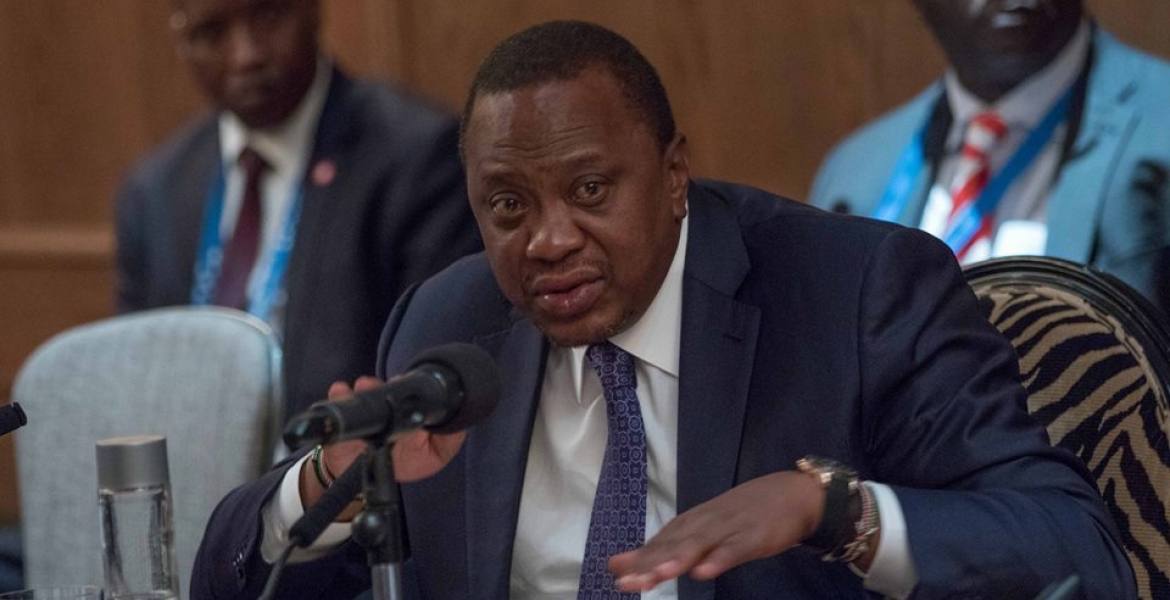 President Kenyatta has made an assurance to all Kenyans living in the Diaspora that they will be allowed to vote in the next general elections.

The president said measures are being put in place to make sure that all Kenyans abroad are given a chance to exercise their democratic right of choosing leaders of their choice. In the last year's elections, only Kenyans living in Uganda, Tanzania, Burundi, Rwanda and South Africa were allowed to vote.

President Kenyatta was speaking at Chatham House, London, where he delivered a talk on the measures his administration is putting in place in achieving domestic development and regional peace.

“By 2022, all mechanisms will be put in place to ensure that the entire Diaspora (population) will be able to participate in the general election,” said President Kenyatta, who was responding to a question by an accountant living in the United Kingdom.

He also talked about the political implication of his handshake with Opposition leader Raila Odinga. “It is a Kenyan agenda that we [Government] hope to deliver [development and a conducive environment for business] to the people; and we acknowledge that we cannot do it on our own; we need each other. We should not keep our people engaged in politics 24 hours,” he said, responding to a question from an audience member.

Responding to a question about lack of inclusivity in government, the President said: “Our department of National Cohesion has been set up to look into matters inclusivity. The Government recruits its staff, for example, the military at district level, and not at County level. Inclusivity [as an ideal situation] is not going to happen overnight. My administration’s agenda, to ensure inclusivity is achieved at both ethnic and gender levels, is clear."

In his uninterrupted speech, President Uhuru called on the United Kingdom Government to develop policies that will promote bilateral activities between the two countries.

His session at Chatham House was moderated by former MP of the United Kingdom Valerie Amos, Baroness Amos.

Uhuru Kenyatta should take his drunk, Electoral Fraudster none-sense back to Kenya.Mwizi.

The British government has lost its mind.

We have heard this before. Hah!