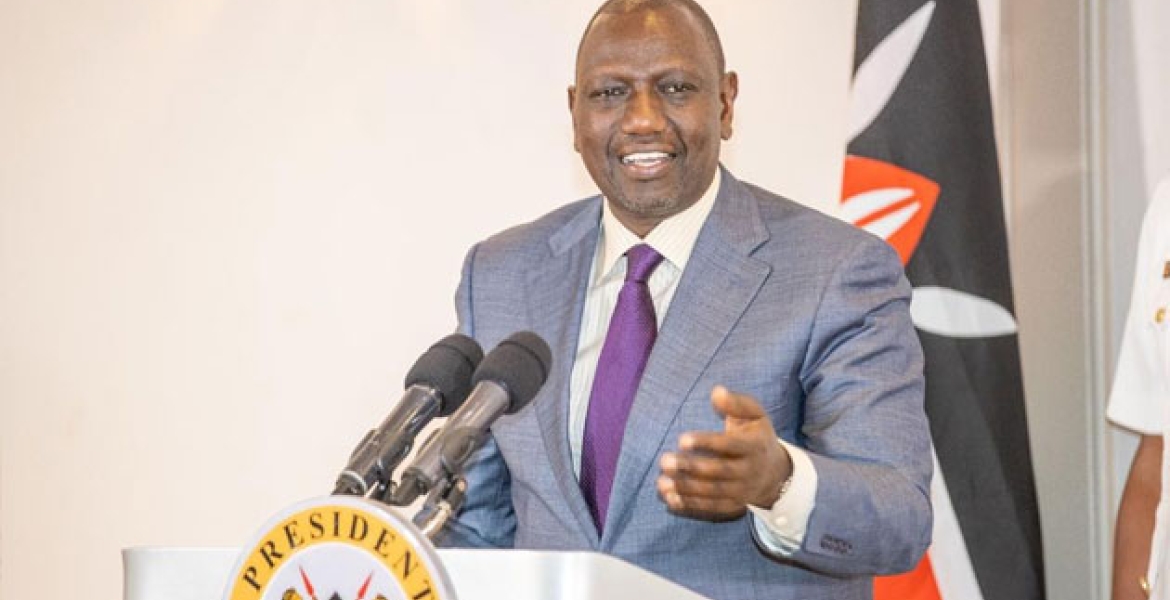 President Ruto says Kenya Revenue Authority (KRA) must establish a strong and transparent system that will allow the country to transition from overtaxing trade to undertaxing wealth.

Ruto, who spoke during the annual Taxpayers Day at the KICC on Friday, said the Kenya Kwanza administration’s tax mobilization philosophy will be hierarchical, taxing wealth, consumption, income, and trade.

“I will lead from the front by paying my taxes. Every company associated with me will also pay its taxes. It will be a fair tax regime,” Ruto said.

The president said he expects the taxman to collect at least Sh3 trillion in the coming financial year and double the amount in the next five years.

“We should be able to collect enough money. Our Growth Domestic Product (GDP) has risen Sh. 12 trillion yet KRA only raised about 14 percent of GDP in revenues last year. In the past KRA was able to raise 18 percent of GDP. If we collect the same target today, then we would have raised an extra Sh400 billion. In that case I expect KRA to collect 3 trillion in the next financial year,” said Ruto.

“We are determined to effect decisive changes in order to reverse this unsatisfactory state of affairs. The practice of citizen harassment as a means of tax administration is unacceptable. In the past, revenue collection registered noticeable growth. This was as a result of an effective national mobilization strategy,” he added.

Ruto also directed KRA to seal pilferage arising from revenues collected from excise stamps, noting that the government is only selling 2.9 billion excise stamps against a projected 12 billion.

“We should be selling between 10 billion and 12 billion stamps but that is not happening currently. The trouble is the government is selling 2.9 billion stamps and there are people who are selling the balance which is approximately 7 billion stamps,” he remarked.

Begging is also a hustle. It is time chicken selling hustler to go and beg the US & UK for money.

It appears the days of stealing and tax evasion are coming to an end. All corruply acquired properties guys are not sleeping. Have you paid your land rate? Ruto should also ask the people of cloth to account for their wealth also plus pay taxes .You know it's best to send a thief to catch a thief. Best President for Kenya to clean up mess.

Churches are exempted for paying taxes in Kenya coz the money are donated or given as sadaka.

So Wachana na men of the clothing, focus on private businesses a and or entities.

Uhuru inherited a good economy then kills it with borrowing like there's no tomorrow..now Ruto has nothing to work with

Hopefully, Ruto will be a better money manager than Uhuru or he is just trying to look for ways to loot from the Kenyan coffers.
Remains to be seen.