KRA to Deploy Drones in War Against Tax Cheats 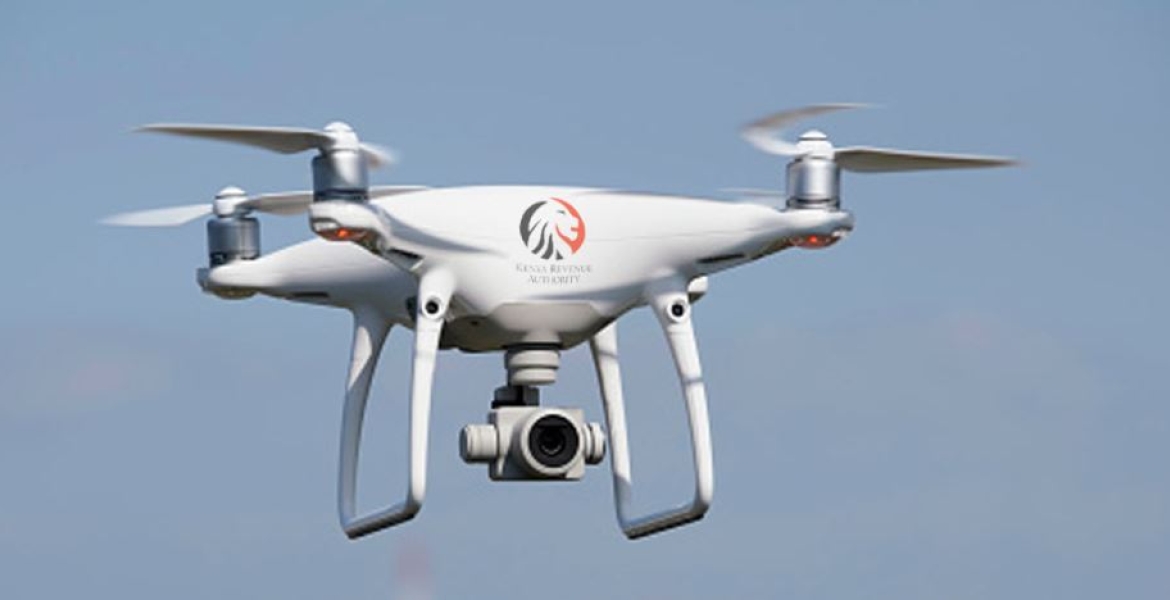 The Kenya Revenue Authority (KRA) has announced plans to deploy drones in the war against tax cheats.

The tax agency plans to acquire two high-end drones for aerial surveillance of businesses and has invited bids from drone operators.

The move is seen as an attempt by KRA to keep up with other tax authorities around the world, who use unmanned aircraft systems (UAS) to nab tax evaders.

Tax officers can use data captured from drones to determine whether property owners have correctly valued their land and homes for the purposes of taxation.

The drones will form part of the modern tax surveillance technology that KRA has adopted in recent years to boost revenue collections.

Last month, the taxman announced the installation of flow meters and CCTV cameras in alcohol factories.

KRA expects to use the technology to complement the existing Excisable Goods Management System (EGMS) that facilitates tracking stamps on excisable goods along the supply chain to account for payment of taxes.

The taxman also said all electronic tax registers (ETRs) machines must be connected to its systems for monitoring daily sales.

The two systems will give KRA a view of goods as they leave the production line to the point of exchange between retailers and consumers. collecting what is due at each point along the supply chain.

Interesting. I would like to hear more about how that technology will work especially when dealing with the political class and well connected in society who pay zilch in taxes.

We know the thugs who evade pays tax work in parliament aka MPs and other elected officials.

Those people you mentioned are more Kenyans than the rest of us. They are above the law and KRA knows that

Will the drones monitor SPECTRE Int,BROOKSIDE DAIRY,CENTUM,SIGINION,Wanjigi thugs,50 Mt. Kenya billionaires led by Munga etc?Keroche(Karanjas) were defiant when prosecutor Haji ordered their arrest for tax evasion.But must thank a KRA employee from their Banana rural home who disclosed to them of their pending taxation billions bills which are never WRITTEN OFF despite sponsoring ODM with shs 1b. per election since 2007.Yaani they bribe muchawi Raila protection fee to evade taxation.Karanjas approached KRA and agreed how they will pay the taxes.

Where in the world do they use drones to catch tax cheats?

War on tax evasion in Kenyans does not require drones to fight. In most cases it requires the honest and good will from the KRA officials themselves. They are the ones solely colluding and masterminding the tax evasion scheme.
This drone business is yet another monkey pandora of corruption. Such drones are mostly needed in high banditry areas as Baringo, Marakwet and Turkana and not in tax collection.

Drones to catch tax evaders?.my foot!.. someone wants to fleece us dear Lord God, please hear our prayers Lord Almighty ..KRA will acquire the drones on a Monday in massively exaggerated prices and none will be delivered on a Tuesday,Wednesday or Thursday ,someone will be charged in a court of law on a Friday and that will be the end of the famous Simon Makonde's 5 day story that is typical Kenyan 😒