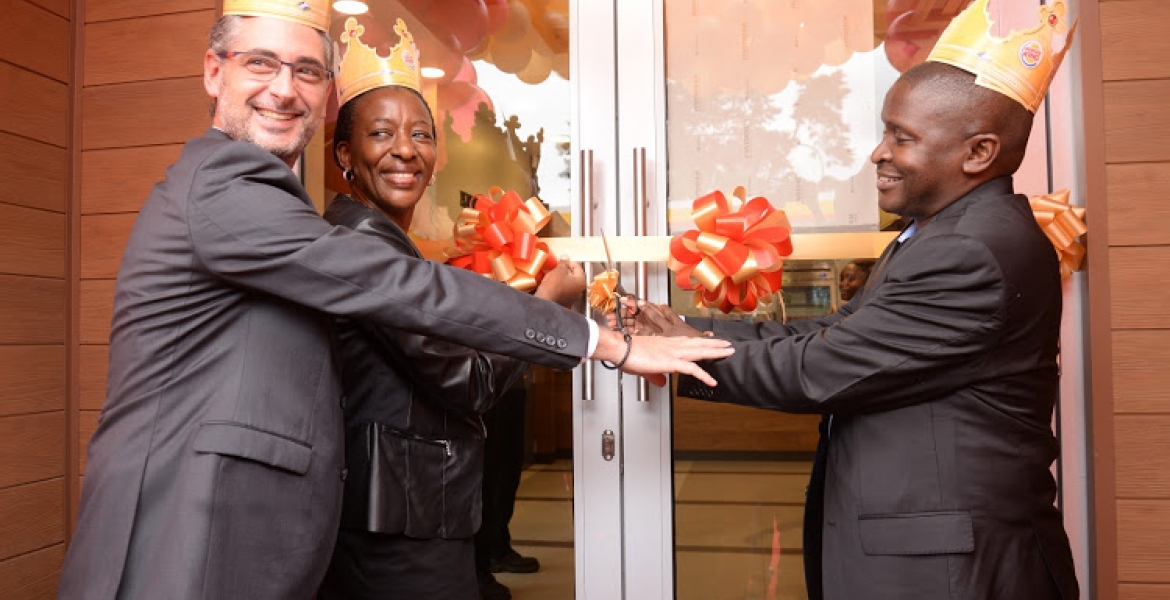 The opening of the new branch in Lavington is part of the franchise's plan to expand its footprint in the Kenyan market.

Burger King joins other food chains such as Java and KFC that have put up new branches in the high-end neighborhood.

“The new outlet is part of the franchise’s continued expansion agenda that has seen the brand open four other outlets in the past three years with the most recent at Thika Road Mall,” said Burger King in a statement.

“The new branch with a drive-in facility will provide both motorists and shoppers with the opportunity to experience Burger King’s world-renowned burgers, the whopper among other products whilst enjoying the full Burger King experience in a stress-free and convenient environment.”

The Miami-headquartered fast-food restaurant opened its first branch in Nairobi at The Hub, Karen in November 2016.

The outlet was unveiled under a franchise agreement with NAS Airport Services, a subsidiary of France-based catering company Servair.

“This new branch, our first drive-through outlet in the country will service our customers from the Lavington area and the larger Westlands environs with the intention of ensuring a good experience in a stress-free and convenient environment,” the firm's operation manager in Kenya Cornelius Muhati said.

Very sad day. We just saw stomach surgery done the other day on a morbidly obese man and now we can't stop having junky fast food joints from opening especially in Nairobi. We are opening our country to filth everyday which will lead to high cases of obesity, cancer, hypertension and diabetes among other conditions all in the name of capitalism and free market.

Burger King is Nothing compared to Post-Kidero "Garbage and Sewer" spills in Nairobi.

Nothing to celebrate here. We should have celebrated if they are opening a fast food that make Nduma, gwaci, thoroko, murere, managu and other Kenyans tradition food.

Try to convince a middle income Kenyan that fast food is not good for you. On my frequent trips to Kenya, people are shocked when I tell them I don't eat fast food.

Oh Kenya! Why would opening of a new fast food joint be news?

So, has the Government introduced a Law to make sure that they don't sell chickens raised with Antibiotics in Kenya? Or as 'Good Kenyans', after the usual complaining, have we forgotten their public announcement that nothing forbids them from selling food which is not fit for human consumption to Kenyans?

Burger King is a low class restaurant.No one of sense eats there.They are importing obesity and cancer to Kenyans who think they are getting quality burgers. It is time Kenyans started demanding more. Insist they use Kenyan beef and bread. If they are going to do business in Kenya the farmers should also benefit not those minimum wages they pay all in the name of creating employment yet overcharging for their junk meals