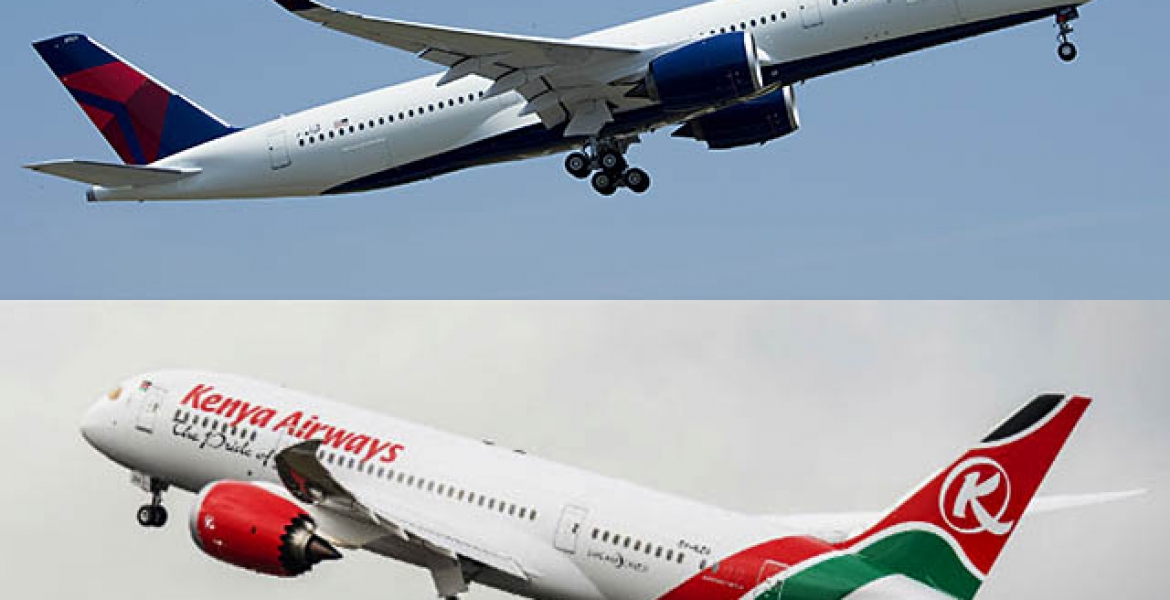 Kenya Airways has activated its codeshare agreement with Delta Airlines, paving the way for seamless travel in the US and Canada.

The codeshare gives KQ's business and leisure travelers an opportunity to enjoy greater connectivity in 11 US cities and four Canadian destinations.

Under the codeshare, Kenya Airways passengers will connect from New York using the nonstop flight from Nairobi's Jomo Kenyatta International Airport (JKIA) to other cities in the US and Canada.

Other destinations including Houston, Philadelphia, Columbus, Kansas City, Toronto, Montreal, Ottawa, and Edmonton will be added subject to government and regulatory approvals.

The codeshare deal is part of KQ's strategy to assert its presence and expand connectivity across Africa, thus opening opportunities for tourism, trade, and investment.

“As part of our commitment to the New York route, we are proud to be a part of this partnership that will open up opportunities for our customers to access more destinations in North America through the John F. Kennedy Airport," says Kenya Airways CEO Sebastian Mikosz.

He has also announced that the national carrier will in June this year resume daily direct flights between Nairobi and New York.

“The New York route continues to be a strategic route for Kenya Airways and as an airline, we are firmly committed to it as we gear up for Summer 2019 season which is a high-flying season."

KQ reduced the number of flights on the Nairobi-New York route from seven to five per week in December last year due to low bookings.

Kidding me, with Delta hub in Atlanta you couldnt gain a spot. Loosing alot of money on this line but hey, I am ok remaining on delta-air france/klm.
Rethink your options