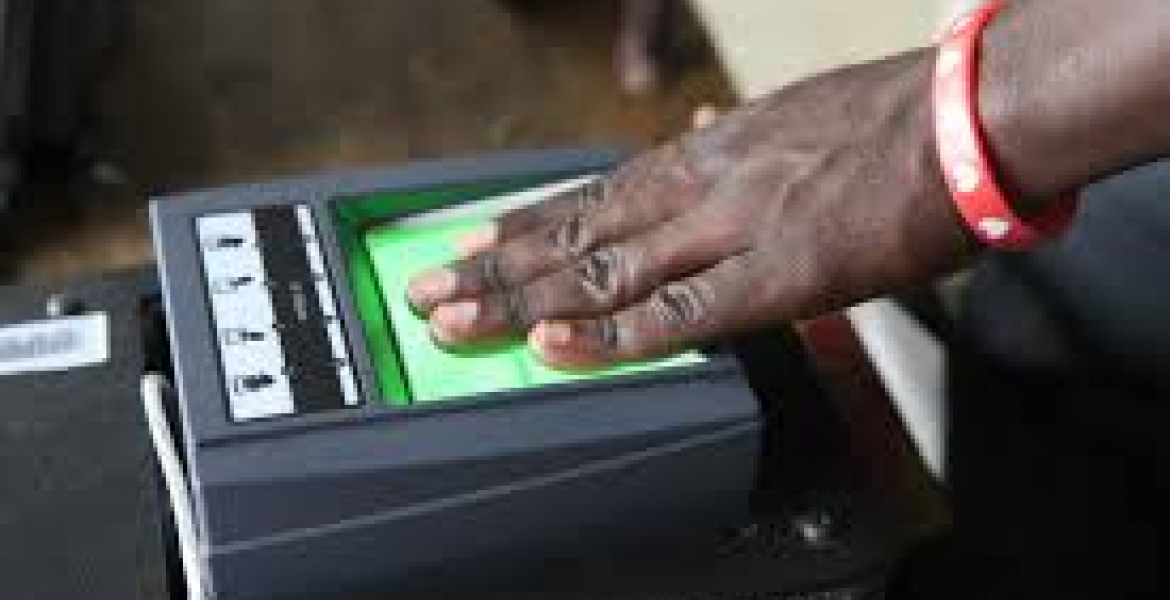 A French technology company that was caught up in rigging claims during Kenya's 2017 presidential elections has won a new Sh6 billion government tender.

Business Daily reports that OT Morpho which rebranded to IDEMIA in 2018, has been awarded the tender for the upcoming mass biometric registration of all Kenyans.

“We have all the kits. They have been supplied by IDEMIA but their software has been prepared locally,” says Kibicho.

Kibicho says the government hopes to register more than 50 million Kenyans during the 45-day exercise.

In 2017, the Kenyan opposition coalition National Super Alliance (Nasa) accused the company of manipulating votes to the advantage of President Kenyatta.

The Independent Electoral and Boundaries Commission (IEBC) contracted the French firm to supply voter identification and results transmission kits (KIEMS) ahead of the 2017 elections for Sh6 billion.

The presidential election was later nullified by the Supreme Court after Opposition candidate Raila Odinga filed a petition.

Every registered Kenyan will be issued with a single digital card dubbed Huduma Namba to be used in accessing government services.

The exercise will help the government create a database known as the National Integrated Identity Management System (NIIMS).

“We are not saying that Kenyans who visit registration clerks will walk away with Huduma cards on the same day but that’s what everyone will eventually get in order to access services."

"In the fullness of time, will not need all these multiple cards and documents except Huduma and passport,” says Kibicho.

NASA leadership also blamed Safaricom, and even directed its members to boycott the company, but the members knew it was a fishing expedition.

Katanja Kibicho is a sell-out who needs to be investigated by all security agencies in the world.
The man cannot be trusted.

Central Kenya has been Sluggish and Miserable in Producing children: But you will Hear or See this Moron called Morpho give Central Province the "numbers".

Why do we have to use foreigners to obtain and process such sensitive data and information from our people? Can't we ever do anything for ourselves? Why expose our DNA sampling to people capable of harming us? Almost 60yrs since Independence and still depending on those who colonized us. We might give them all our biological Mapping making it easy for them to create a targeted and specific biological weapons to eliminate a group of people if not all of us- methinks.

Ot-morpho have found fools to con in kenya, so let them make money off of sellouts and traitors.

It's because you Voted for UhuRuto: The Party that Spinners and Sleeps in Statehouse.

This idea stinks to high heaven. Why the hurry? This government that has been able to curb local corruption is engaging a former African colonizer and trusting it with Kenyans private information. Our government is proving to be a Hugh mistake. What are DNA's for? Is the government ready to sell Kenyans body parts to foreignors ? Our fore fathers lived complete lives without providing such information to foreignors. This is a dangerous path. This government will not rule forever. It should concentrate on what is necessary now are leave the rest to be continued by the next government. This government will prove to be a "jack of all trades and a master of none" . It is working to befriend former colonizers all over the world while calling it's citizens " Wachenzi". When will we hear about it's projects being performed by Kenyans? God save Kenya!

I meant, a government that is unable to control corruption at home is engaging a corrupt foreign company and trusting it with our citizens most private and sensitive information. Something that cannot be taken back if anything went wrong. How stupid have we remained since independence. Don't we learn history. Colonizers who maimed, castrated, humiliated, hanged,and killed our forefathers. Now we are trusting them with our most private and sensitive information to keep and use as they wish. The government should make it a choice whether one wants to provide DNA or not.

They have a proven track record. Raila can attest to it so the faux bridges team approves the company.

LORD have Mercy on Raila!🙏

Karanja kibicho cannot be trusted.The man is a sell-out.

FYI: Your "Ndugu WAFULA CHEBUKATI" is a FOOL;and a Stooge for Jubilee. He is a walking ZOMBIE.

People should realize that DNA profiling will allow the government, extortionists, and hackers to identify all illegitimate children across the whole country...