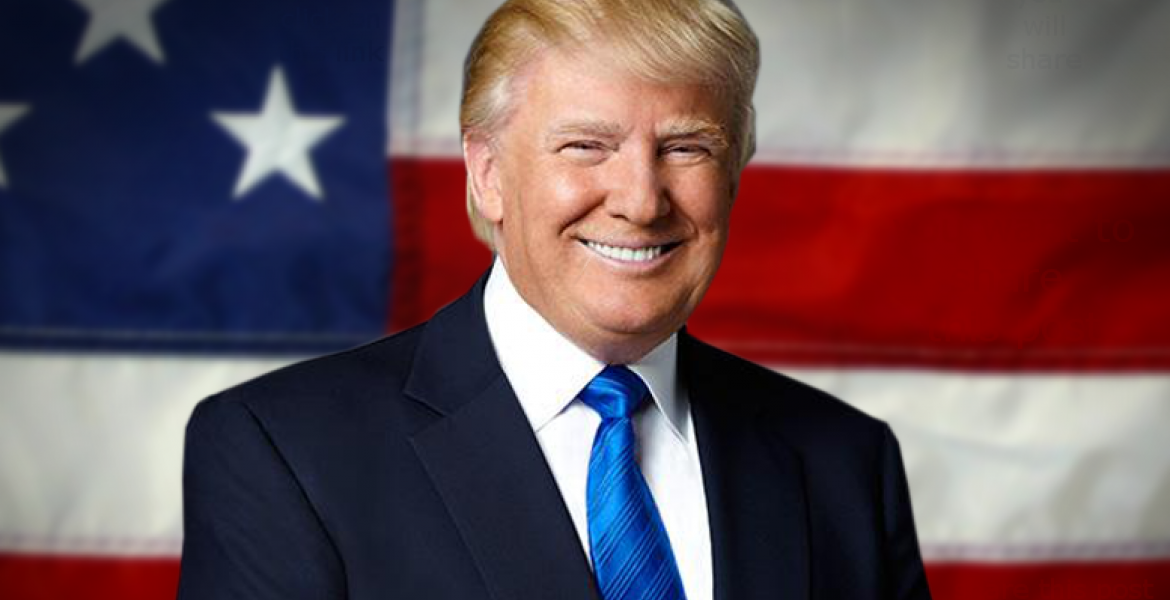 On a post on his Facebook page, Onyango used intrigues surrounding last year's presidential elections in Kenya to justify the US Head of State's claims.

"Why are we having all these people from shithole countries come here?" Trump was quoted as saying during a meeting with lawmakers at White House, in reference to African countries and Haiti.

His sentiments has met by a backlash from 54 African countries, who in a joint statement issued by their envoys to UN demanded he retracts and apologize over the slur.

However, the opposition leader's spokesman feels that Trump is right. He questions actions by Kenya's electoral commission and even the supreme court.

"Does anybody know one country where the head of elections body declared he could not guarantee credible elections as Wafula Chebukati did in Kenya then proceeded to hold elections and claimed they were credible, free and fair?"

"The Supreme Court asked the Independent Electoral and Boundaries Commission to open its servers. That order stands ignored to date and then we say we are unaware of a sh*thole nation? Does anybody know a country that ignored the orders of its Supreme Court especially on a matter as critical as presidential elections?"

"Which country ever failed to raise a quorum to hear a Supreme Court case as happened in Kenya in 2017? And then we say there is no sh*thole nation on earth? There are sh*thole nations on earth that can't pay their doctors, professors, nurses, teachers and can't elect leaders."

He also questions why African migrants in United States have not returned to their countries in protests of Trump's remarks, if they believe their nations are not "shithole."

"Their citizens run to the US, Europe and even the Middle East. Trump says it and we feign anger but no citizen of those sh*thole nations leaves US to return home in protest because they know there is sh*t at home. Trump is right. There are sh*thole nations on earth," wrote Onyango.

My friend shithole means being black,he is talking about your skin colour.not your system.

This is HARD AND BITTER TRUTH, BUT Trumps intentions racist, he wants to make america white again by only allowing white people from Nordic countries to the united states. Mr. Onyango read between the lines.

Dennis Onyango self hate is disgrace. Does this shithole called Dennis Onyango know that Trump mother came from Scotland without the shoes and his grandfather from Germany. The white who settled in America run away from Europe for various reasons. Prisons were overcrowded in UK so they shipped some prisoners to Australia to ease the congestion.

Tell them Kenya.Looks like Dennis Onyango is happy to be a shithole.

Mr. Onyango; your parochial, partisan and myopic view of geopolitical magnitude of Trump's profane and derogatory remarks have prevented you from seeing the huge damage Trump has caused Africa and her children States across the globe. Africa has suffered with her international image through out centuries. Our offspring were hauled away as slaves since 15th century- then came scramble for Africa, then imperialism, colonialism and neo- colonialism; and all you can see is your bungled elections which were marred with irregularities and illegalities from both sides of the divide. But of-course, you as one of the prominent members of the eaters and corrupt club of our country, you know what side of the bread is buttered- and that's all you can see and care about. Why don't you ask yourself- when shall we as Africans claim our own people that were stolen away into slavery? When shall we stand up for them and for ourselves? What about the dignity of the African in the world. Mr. Onyango, those very uncouth and very unfortunate remarks were made by the President 0f the US and that's why it matters beyound your personal and egostistc concern of looting our country.Afican Union should sermon all American ambassadors in Africa to Addisababa- AU headquarters for clarification of these dirty remarks by Trump. Let them also include representatives of all nations of African descent in that meeting plus all current African ambassadors in US. We need to talk. As for you Onyango, grow up and think beyond your stomach- don't be a shithole.(pun-intended)

This guy is driven by tribal agenda and is so unfortunate that some of us lack patriotism. Can you google.. “The science agenda to exterminate blacks” so foolish of you. You have no idea of what happened to US elections!

No wonder Raila lost in Kenya's elections. I commend Raila for his response to Trump's derogatory comments towards the Black man in Africa and the whole world. Raila may have been a good candidate but with you and other of his advisors displaying such shallow thinking, no wonder he withdrew and could not make it. How can you equate the degrading of a whole human race to your selfish ends just in Kenya. If you want all Africans and people of African decent to be told to leave America, then it should be time for all non-Africans to leave shithole countries. You have differed even from your Boss. I pray and hope this derogatory remarks which have not been condemned by any other country,not European countries, not Asian countries,non other than African countries will give the Black Man a wake-up call to realise who he is considered to be in the world and be conscious and start caring about every black man in the world. Always put black man first. Also its time for African countries to think about the kind of relationship the shithole contries have with the west. If our image to them is shithole, what kind of contracts do they really make with shithole contries? What kind of advice do they give to shithole countries? Dennis, you may be power hungry but this is not about you. It is about defamation of the Black race in the whole of Africa and the diaspora. Dennis, are you going to tell your kids that you and every black man is shithole? Is that the new norm to you. Very sad. Dennis Onyango, think and think again. This may even be fate.

Kenya or any other nation cannot be 'shithole'dennis, if there's any it's you and the likes

Funny this quisling who lives a privileged life in Kenya - better than most people have in US - thinks Kenya is a 'shithole' just because his master cannot put his hands on power...

Trump will not change his worldview because Raila is president. He will see him as one of many shithole.

Those people who are defending the bigoted language of Trump have misconstrued the statement.context of a statement is key. Contextually, the "shithole" remarks referred to race/ black skin and of course viewing the black race as inferior humans. It's nothing to do with, corruption, electoral injustices, impunity, bad governance etc. In African countries. Therefore guys like Dennis Onyango and the like...you are misinterpreting thr racist remark and that gives misleading room to defend such a slur.

you are right odoyo.its all about black people as inferior.all these started with talks on DACA,or rather matters of immigration.according to trump people from norway are prefered for immigration purposes over africans

Dennis, there are infinitely many and better ways to remain relevant. As a spokesman of a statesman-to-be you come out delusional and cheap at that. Repeating an insult is the worst insult.

My sweet advice to onyango. Your first agenda should be to consult with vera so that you and your boss can change your skin colour. Maybe that way you may earn credibility from this mad man donald trashmp

Thanks Trump for calling a spade a spade. As Africans we need to ask ourselves; why are we the poorest, most ignorant, easiest to manipulate.? Why are we so easy to enslave? Even as we try to defend our shitholism here, do you know your brothers are being sold in Libya like goats? Yes we are a shithole continent where elections are never free and fair unless we win. We are the richest in terms of resources but we cannot feed ourselves. I suggest that we rename AU to Organization of African Shitholes.

@njai. What kind of ignorance is this? Trump is not talking of poverty he is talking of black skin. During the campaign his motto was "make America great again" which meant "make America white again" Greece economy is a mess. Italy is another shithole in term of economy & mafia. People from Eastern European countries that are poor are flocking to America but he can not say anything about them. How is election held in Russia? Tell us how Vladimir Putin is elected in Russia.

What a pity that you display such ignorance. Do you know how many Americans, Europeans, name them who would love to live in Kenya? If you and team meet Trump's specs, please do not drag the rest of Kenyans and indeed Africans in your self harem Smell the roses and appreciate the great nation and continent we have. With your mindset, peace and development can never be a reality and Kenyans should resist you like HIV AIDS.

@kenya people like you have kept this great continent so so backward for your own selfish interests. You think that for the masses to remaim ignorant, poor, slavish you have everything to gain in terms of voter manipulation. You worship foreigners but when they call you shithole you pretend to be realy hurt, then continue to lick their whatever. Upuzi tupu.

@njai, it seems you have very low self-esteem for yourself. This is not about poverty in Africa. It is about black skin. I do not worship foreigners but I cannot let somebody insult me because I am poor or black. If that is okay with you well and good. Accept any insult that is thrown onto you. I have not kept Africa backward in any form and if there is anybody who is pushing Africa backward is people like you who have no value for themselves. If they call you a monkey you accept it and say 'yes I am a monkey'. How is election done in Russia? The Southern States are trying to suppress minority from voting. It seems to you do not know much about how other countries vote apart from Kenya.

@kenya you seem to have a serious colour problem. Everything according to you is, ''them white us black''. Grow out of that. You appear to be living with a severe case of inferiority complex. Do you recall Hillary Clinton's basket of deplorables? Were they black or white?

@njai, come to your senses. How many people did Trump test in Haiti to conclude that all people in Haiti have AIDS. That means you have accepted you have AIDS even without being tested. I do not have Inferiority Complexity but I love myself. If you do not love yourself then accept you have AIDS because Trump said so. AIDS has nothing to do with election. Get out of your small cocoon and smell the roses