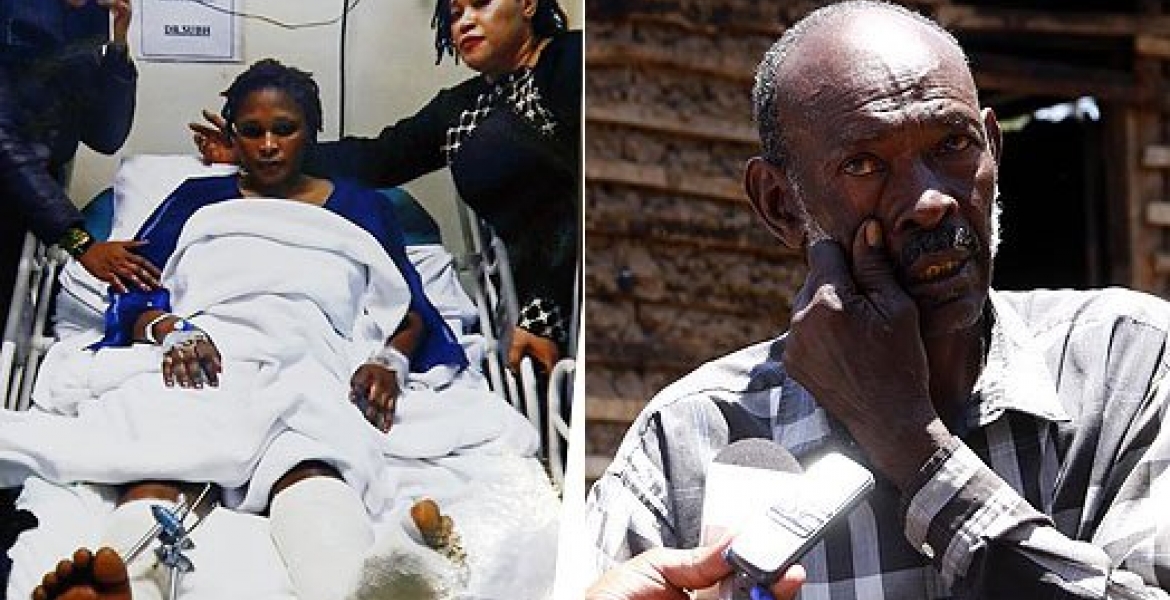 A Kenyan family is appealing to the government to help bring their ailing daughter home from Saudi Arabia.

Joyce Wanjiku, who moved to Saudi Arabia in 2014 to work as a house-help, has been admitted at Shemeshi hospital in Saudi Arabia since February suffering from serious leg injuries she sustained after tumbled off stairs at her employer’s house.

Joyce’s family, who live in Njoro, Nakuru County, say they received a phone call from the Kenyan embassy in Riyadh on February 18th reporting that Joyce was in hospital and needed money to undergo needed surgery. The family says they do not have the funds needed to perform the surgery and Joyce’s employer has not taken any responsibility for Joyce’s injuries. Failure to get the surgery as soon as possible could result in the leg getting amputated or even lead to Joyce’s death, the family fears.

“The doctors are not taking care of her because her leg is rotting and could be amputated,” Joyce’s father Jackson Ndung’u tells Nation, adding that he would rather see his daughter lame than dead. After spending over a month in the hospital without the need surgery, Joyce wants to return home and seek medical treatment there. Her situation is complicated further by the fact that she does not have travel documents, after her first employer confiscated them. Efforts by the family to get assistance from Kenya’s immigration office have not bore fruit, they say.

CEASE AND DESIST FROM TAKING HOUSEKEEPING JOBS IN THE MIDDLE EAST. REMEMBER THOSE ARABS SOLD YOU AS SLAVES , SO IN THEIR EYES YOU ARE STILL A SLAVE. WAKE UP!

I hear you @Dick Mwose, I do not understand why people go to middle-east to look for house-girls jobs. They have seen these stories over & over again on the news. In Kenya we are poor but we eat our githeri & ugali kafu in peace

You are correct Mwose. Those who dont believe it should ask South Sudan why they seceded .The Arabs in the North were treating them like animals.I remember incidences where by the Arabs would rape the southern blacks telling them that"now you will have light skinned children..."
Secondly, do you think a petrodollar-rich Saudi cannot afford a humanitarian act of helping this suffering human being,who can to help do some of their"dirty work"?Would they let a fellow Arab/muslim"non african suffer the same fete ...?
Thirdly, I saw a documentary on PBS about africans making pilgrimage to mecca,and how they were discriminated.Somewhere very bitter to say the least.
And finally, instead of bringing their female,and male athletes in Kenya to train and get better,they have resorted to the master- slave affair,and that is, "We will just buy them..."