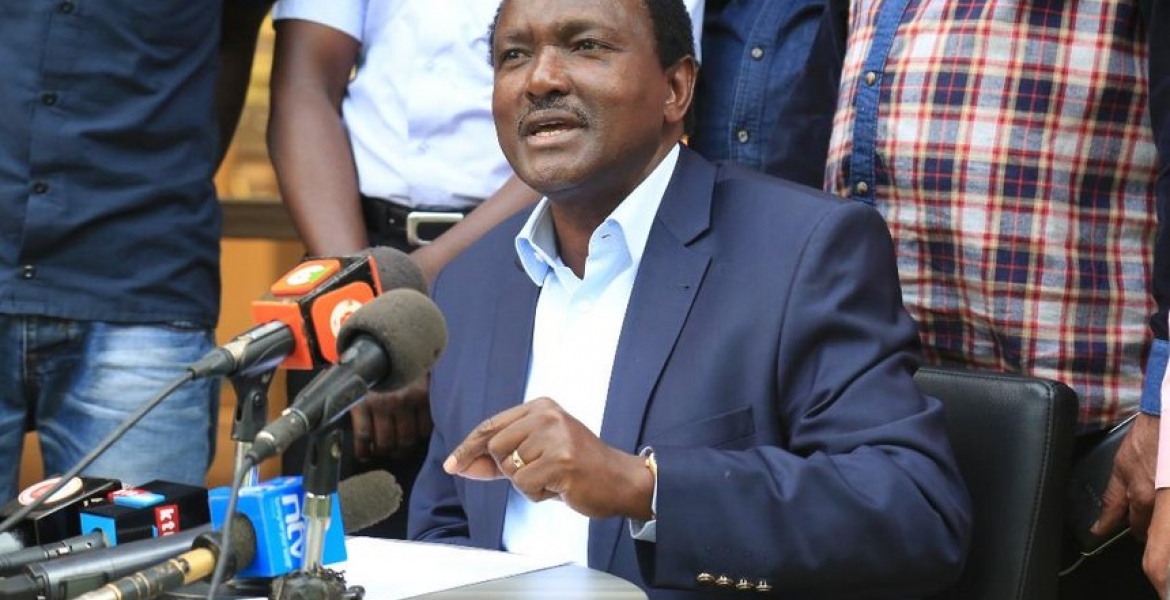 Wiper leader Kalonzo Musyoka has dismissed claims that he intends to abandon NASA if he is not picked as the coalition’s flag-bearer.

Kalonzo said the statement by National Assembly minority leader should be taken as a personal statement and in no way reflect Kalonzo’s stand or that of Wiper party. "Anybody talking of bolting or leaving the party, look at them. They are saboteurs, distractors and negative forces," said Kalonzo.

Kalonzo also dismissed as false claims that he has been bribed to weaken NASA saying he is a man of high integrity, while also calling on patience as the coalition works to pick a flag-bearer to challenge President Kenyatta in the August 8th general election.

Nyenze had issued NASA with a seven-day ultimatum to pick Kalonzo as the flag-bearer, failure to which the former Vice President would go it alone as a Wiper presidential candidate. "The Kambas have reached an edge and if it is not Kalonzo, Wiper will go it alone. We'll not play second fiddle to anybody," Nyenze said earlier this week.

I want to retaliate the same thing here as before about Honorable Kalanzo. He is not a man to be believed or trusted. He is a serial Flip-Flopper. He is also highly unpredictable. Nobody knows what his agenda is or what he want. His pattern follows that of Charity Ngillu and other Kamba politicians. Flip-flopping is part of Kamba culture that dates back to 15th Century. Those that claim Kalonzo want this or that are just misleading people because even the man himself does not know what he want. His case is not like that of Raila Oginga. With Raila he has an agenda. it is a known factor that the man is a socialist who was educated in the former communist Soviet Union and East Germany and whose dream has always to turn around what he claims to be ill gotten gains obtained by a section of Kenyan society.

Kamba People should strongly consider decamping to Jubilee, because Kalonzo is a weak leader.