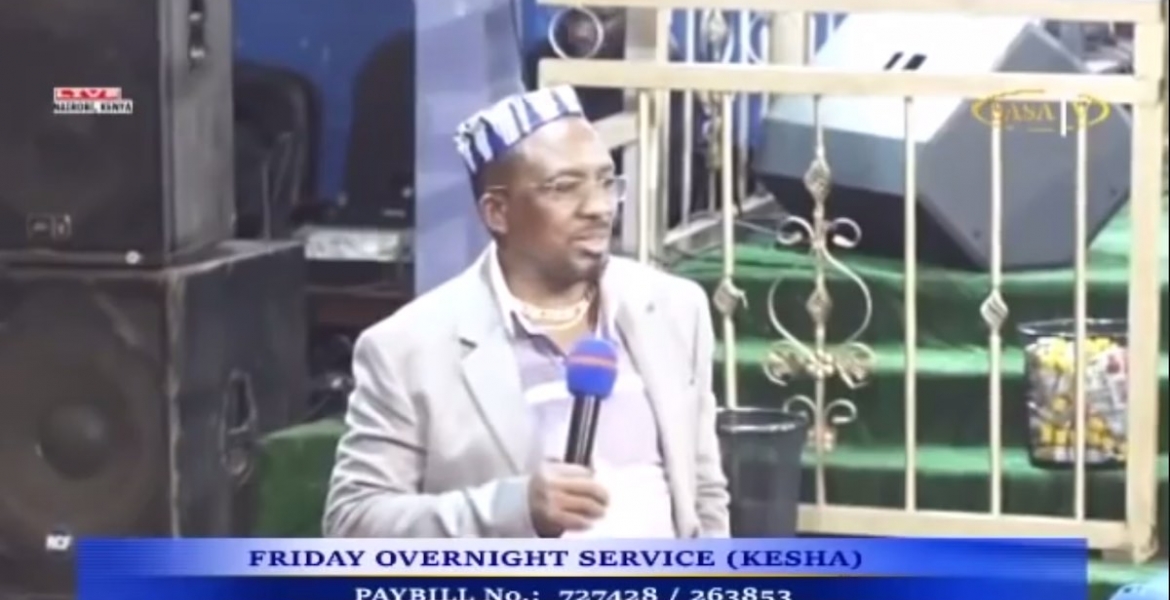 In the six-minute clip widely shared online, a seemingly irritated pastor Ng’ang’a insults and threatens to kick out his bishops from the church for disrespecting his wife.

“If you are not going to respect my wife I will kick you out of my Ministry it doesn’t matter who you are. This time I will show you my power. If you don’t respect her, leave my Church and go start your own wajinga hawa,” he yells in front of his congregation listen.

“You have become rich in my Church; stupid, arrogant, useless people, taka taka, rubbish. There is nothing you can tell me.”

Ng’ang’a says he is the founder and owner of Neno Evangelism and demands full respect from the bishops.

He questions why the bishops are disrespecting him even when he recruited them to the church when they were poor.

“I want full respect when I cough you answer, just the same way you did when you came here with torn clothes, and you’re rich because of me.”

His arrest came after he released a video where he issued threats to Kaikai for suggesting that the government should control the church to get rid of rogue preachers in a similar way Rwanda did.

He also took issue with Kaikai's proposal that preachers must have bachelor degrees to be allowed to practice.

So the goals is to be rich. Tibim the bishops should continue with whatever they are doing you are done with neno.. actually your wife is the issue going tanga tanga with bishops

hehehehe Africans preaching the white mans idiologys.The church will still b fool even after those nonsense.Many churches r corrupt with this fake preachers.I remember tribal churches in usa were everywhere with each small congregation fighting for money n power then mtu anaenda anaazisha yake.Nganga represents many pastors around the world be it whites,asians or blacks.

His congregation ndio kina nani? Who in their right minds that follows this crazy, conmen/preachers? Kenyans never stops to amaze smh

And so it goes. Foolish parishioners making him rich and arrogant. Continue to be fleeced foolish people.

May one congregant tell me what is so special about this crook?.Iam pretty sure he cannt heal the sick,he cannt repair your broken heart,he cannt pray for you to get a job,he cannt pray for corruption to go away,he cannt even drive well.Is he a good entertainer?Certainly there are better churches...
My advice to the bishops is,"leave immediately ".Take the congregation with you.Even take his wife with you...

The same pastor i here every Sunday women screaming in his church..... I now know what happens inside thea...chow boi

That is blunt. The bishop must have really disrespected the mighty bishop. But thumps to the congregation for putting up with such nonsense.

Bible says my people perished for lack of knowledge..

Haiya!Pastor Nganga has gone nuts! Ati "when I cough you answer!" That sounds like pastor Nebuchadnezzer! What about "when I fart..."? Perhaps the answer will be, "you leave the church silently" he!he!he!

Kenyans are being disrespected by their clergy. Lord of mercy!

A man drunk with power and "riches" ... poor idiot...he's eaten poor peoples sadaka, now he is vomiting on them!

Their church their choice, I guess