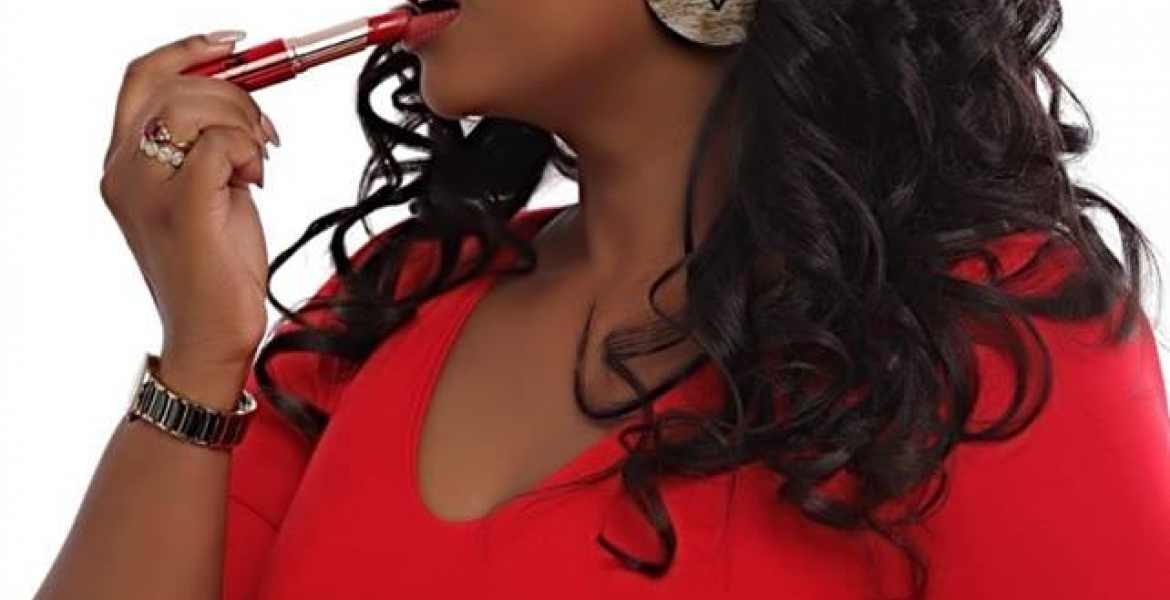 Celebrated Kenyan radio personality Caroline Mutoko has launched her own line of lipstick.

The former radio queen turned vlogger and entrepreneur has partnered with Pauline Cosmetics to unveil new lipstick dubbed, ‘I AM’.

“It’s for the fierce boss lady who never stopped being a girl, it’s for the lady who still wants to bring style and glamour to the boardroom, it’s for the woman who is still ‘becoming’ and for that superwoman who is doing it all but still cares for how she looks,” says Caroline.

Pauline Cosmetics is a Kenyan cosmetic company that provides make-up products made specifically for the African woman.

‘IAM’, which lasts for eight hours, comes in four beautifully designed, packaged and color selection and retails at Sh1,800.

Beauty is one of the fastest growing industries in Kenya, having grown by 400 percent in four years from Sh26 billion in 2011 to more than Sh100 billion in 2015.

Ms. Mutoko, 46, joins a growing list of celebrities across the world, who have ventured into the beauty industry.

Misplaced priorities as copy cats. When are we ever going to stop copying the " so called whites" (Edormites) and cut our own path. Some of us are dying of hunger and being fed with bear by foreignors (The Chinese) ; others are being fed worms by foreign restaurants while still others have gone so far as to launch lip sticks for beauty.
We hope something will show up to correct the inequalities as the Kenyan and African resources were initially meant by the creator to be for all Kenyans and for all Africans. God help Kenyan and Africa to wake up to the reality of who they truly are ( Hebrew Israelites) and launch something of their own.

Don't rain on her parade Anonymous UI! Opportunities equals coins and has nothing to do with Whites vs Black people. I applaud her, but will not be buying a lipstick for that kind of dough! Oh no, that a stretch!

How much does a 4-pack of lipstick cost anyway? Is $18 a stretch?

This lady is simply annoying. Not hating, just stating facts.

Ask me why, I don't know...but she just gets on my nerves...especially when acting as a mentor/role model....

Is she launching because it is a new products that will offer some value,and competiveness,or because her name is high profile, and she is attractive in every way to warrant marketing the lipstik?.Just curious