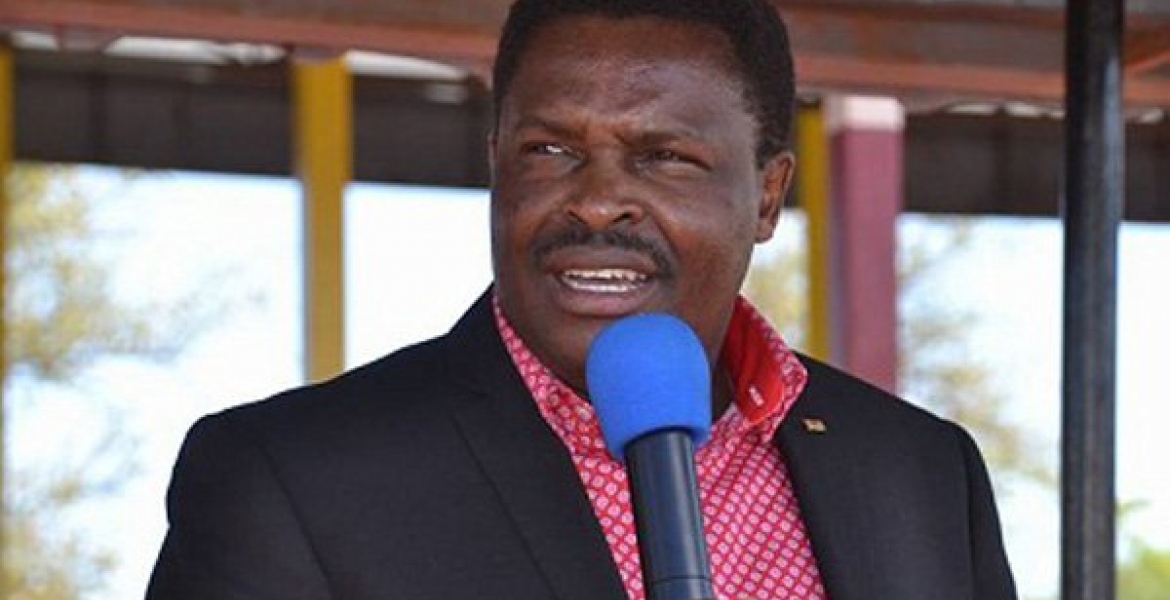 A section of Njuri Ncheke Council of Elders asked Governor Njuki to offer a bull for sacrifice to ‘cleanse him and county government offices of a curse’.

This was after hundreds of women drawn from Chuka, Maara and Tharaka sub-counties stormed his office last month and dumped their underpants at the gate.

The women were protesting what they called gross disrespect of women by Governor Njuki and his administration.

The elders said the dumping of the underwears by the women is a curse on the Governor.

Speaking in Chuka on Monday, Njuki has dismissed the elders' demand, saying that they are being used by his political competitors to intimidate him and disrupt his work.

The African - forever at the crossroads of modernity & science on the one hand, and superstition & religion on the other. Two steps forward, one step backward, all the time

It is the bull they want...

Those dirty pants can be taken to gikomba & sold to our slay queens who frequent those areas looking for cheap stuff! Pooh!

Hawa watu wataka choma pekeee
We aren't on old age. You get what you believe inn. Stay away from the cleanse n stand your ground sir

Mr. Governor let people eat...just one bull waongezee zingine...for real our traditions must be respected as you respect your father even in the Bible though hii ya mafasi kutolewa NKT message ilifika..up to you sir.

Imara daima- hiyo lugha ni ya taifa kweli? Good masterly of the kiswahili language. You should start Swahili classes for some of us who heard it kwa radio only.

Speak for your self and your tribe. My people and ancestors wore loin clothes long before the British came with their underwear.Visit the Kenyan museum when you are next in Kenya.Authentic africans na makabila ya bara wana haya si "kuexpose" your goods infront of the children and the inlaws..Not all tribes in Kenya let it hang like the giriyama of Coast tulikuwa tuna ziba out of respect. Mzungu hatuku "civilize" ni vile tuliona njia zingine za kutumia ngozi kama kutengeneza viatu

I will add too patia wazee ndume moja wakule otherwise i stand will our African culture of respecting our beliefs n our God mwene nyaga sio pope or jesus from europe??Also in the western world they r very much into superstition?Many small shops r opened everywhere ukitaka usomwe mikono for them to tell u yr future (I forgot its names)N it's white pple owned.