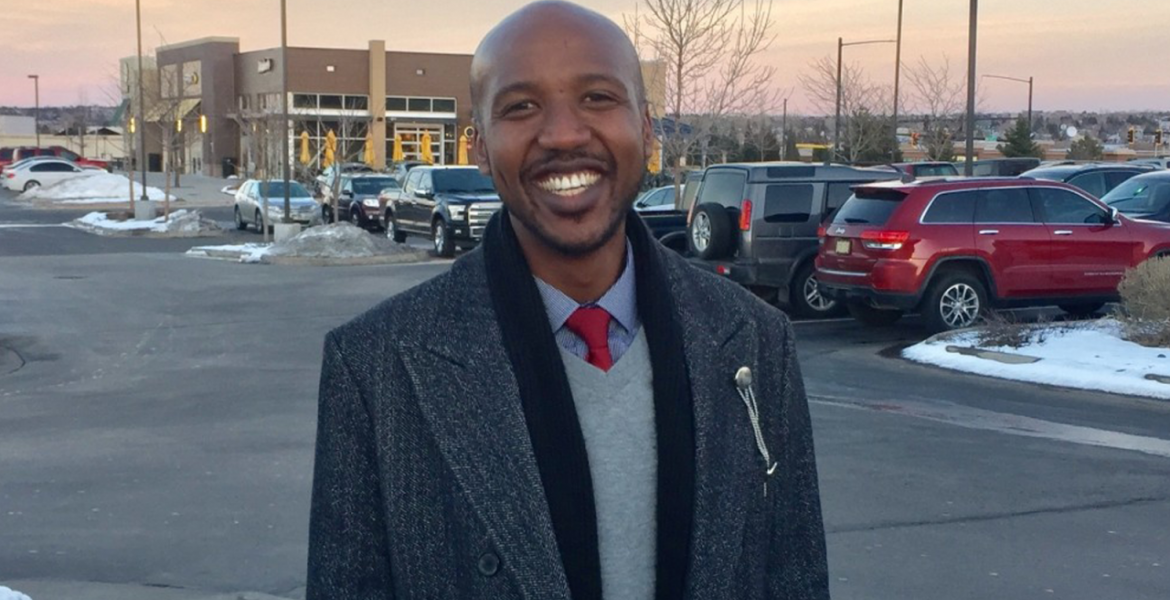 A high school in Denver, Colorado is rallying behind a Kenyan man set to be deported from the United States to Kenya next month.

Anthony Wanjiru has lived in the US for eight years and has worked in the IT department at Valor Christian High School or an H1-B work visa since 2014. His application for visa renewal was recently rejected by the US Citizenship and Immigration Services (USCIS), and is set to be deported on March 7th.

Students at Valor High School have started a campaign to help Anthony remain in the country, saying he has been a great influence to the school’s student community.

The students have launched the #AnthonysVisa hashtag in support of Anthony.

After arriving in the US eight years ago on a scholarship, Anthony received a master’s degree and then landed an IT job at Valor on an H-1B work visa.

He says coming to the US was a godsend of an opportunity and a chance to better his life, having escaped the slums of Nairobi. He says he loves his adopted country and the students at Valor a great deal and will will miss dearly if deported. "If there's one thing that keeps me crying at night, it's the thought of not seeing them. I love America very much," he says.

Anthony says he met with the offices of Colorado’s two US senators, Cory Gardner and Michale Bennett, and they offered to try and help him remain here at least a few extra weeks to plan an appeal on his H1-B case.

Wish you luck Anthony. Your case is manageable and with the support you have, I am confident you will sail through.

Nchi lazima iwe na sheria. It’s my hope that Anthony is ultimately able to stay but pointing at fact that everybody has a right to just come and live here eti coz Europeans grabbed the country from others is so hollow. Fact is, you and I wouldn’t be here had the Europeans not made it here before us. Why are you not in Russia or Kazakhstan or wherever else? If you cannot manage what God has given you, it’ll be taken away from you. Just as it is happening in Kenya & Africa where China is having a field day

The fiddle and tap dancing shoes are out to entertain your colonial master.

@imara i agree with yo but remember the idiots who always got there first r the onces considered the owners of that land.I will remind diaspora kenyans to always prepare for the SHIT day??Huyu jamaa atanjiona kenya after 8 years.Bro kenya needs you n please come home n teach the high schools kids here nauwache maexcuses juu ur coming home whether u like it or not unless trump akupatie visa ingine.

If only opportunities were distributed evenly.There are a number of kenyans who have gotten the opportunity to make something for themselves in this land of opportunities,and end up committing crimes,or absconding what brought them here in the first place.
If anybody needs to be here,its this fellow. He seems to have fallen in love with america.