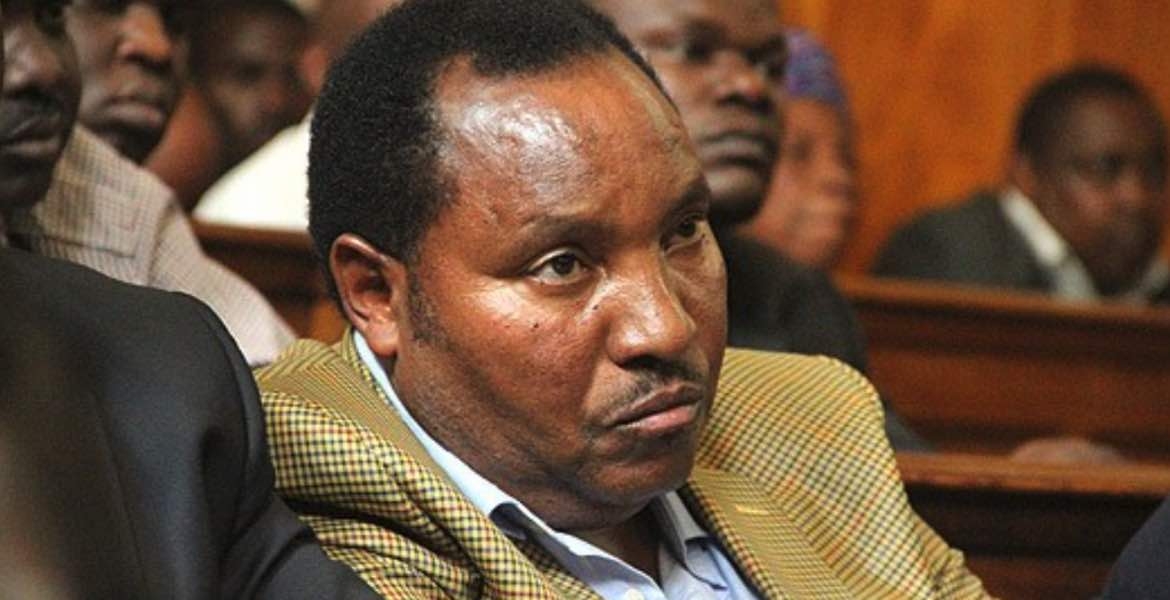 Kiambu Governor Ferdinand Waititu is at the centre of a dispute involving a Sh250 million prime property located in Nairobi's Central Business District with a city businessman.

Waititu is said to have purchased the building sitting along Nairobi's Koinange Street early this year despite a court order blocking its transfer.

City businessman Otieno Odongo is now accusing Waititu of acting in impunity by acquiring the structure while ignoring an active court suit on its ownership.

The seven-story building is home to different businesses including Delta Hotel and Jamii Bora Bank.

Court papers show that Suncourt building belonged to Rhoda Biwott before Piedmont Investments Ltd, where Odongo is a director purchased it in August 2000 for Sh50 million.

There has been a vicious court tussle involving several companies including Piedmont Investments Ltd, Standard Assurance, Ufanisi Capital and Credit Ltd and Superior Phone Communications over the property.

Piedmont, which claims to be the rightful owner of the property has moved to court questioning the circumstances under which Waititu bought the building despite there being an active ownership dispute case in court.

Governor Waititu could not be reached for a comment over the matter.

The governorship in Kenya was and is still a curse. Divide And Rule policy. Divide a small country into fourty seven and rule. We are looking at that curse unfold. If all these governors love their country, they should resign and give up those seats and allow the country to move forward. We need to visit that issue and Remove those seats. The country is just dealing with individual drama's day after day. Too much confusion. God help Kenya!!

Hapo ni kweli kabisa.Remember the main occupation in Kenya is CORRUPTION INDUSTRY which to me means POVERTY/HUNGER/DESTRUCTION.Do we have resources to finance 48 govts?And now the foreign masters have started demanding payments for the debts we had been relying on to pay salaries to the bloated poop,useless and underperforming civil service.

However came up some time back with eight (8) Provices was wise...47 counties is a Joke waste of money and resources