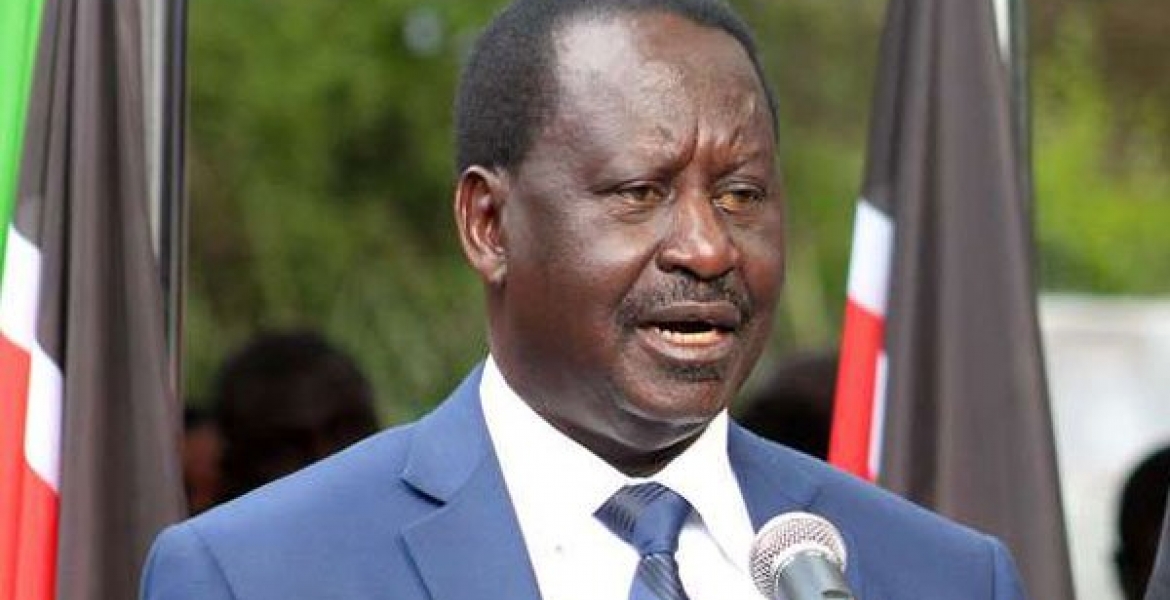 Opposition leader Raila Odinga has castigated the shooting of more than 300 livestock by police in Laikipia County on Wednesday.

Addressing the media in Nairobi on Saturday, the National Super Alliance (NASA) leader demanded the government to compensate pastoralists who lost their livestock during a shooting engagement between herders and police over illegal invasion of private ranches in Ratia, Laikipia county.

He further called for the creation of a "clear policy for coexistence between ranchers and pastoralists" by the state in order to protect the interests of the pastoralist community. "Pastoralists should have controlled access to ranches during moments of drought. Criminalization of pastoralists should stop since they contribute to the nation’s economy."

Leaders from the Maasai community led by Samburu Governor Moses Lenolkulal and his Kajiado counterpart Joseph ole Lenku have also condemned the shooting of the animals and demanded action against police officers involved in the incident.

"We as the leaders from the Maa community, we demand that the government through the relevant security agencies starts investigations into the shooting of cows in Laikipia in order to bring the culprits to book," Governor Lenolkulal said in a press briefing in Nairobi on Saturday.

These Killers are Mbeberu Sychophants; and Psychopaths. For How in the World would Right Thinking People kill 300 People doing nothing EXCEPT Grazing Their Cattle on Idle ANCESTRAL Land; Land that Hitherto Belonged to their Forefathers? We need Neo-MAU MAUs.

Sometimes it's better to read the story before posting comments. 300 livestock NOT people were shot.

Yeah 300 people shot! How happy you'd be if that were the case. Lakini fala Kama wewe cannot differentiate between cattle and people...punguza the meth unatumia.

C'mmon @Guest1, are you drunk, can't even read the story. Oh I know, you wish death on people so NRM can have a clout.That is evil missy. Go to Church tomorrow and remember to have a private conversation with your pastor concerning your evil thoughts.

Police Joseph Boinnet said "the animals were shot when a large group of armed men engaged the police in a shootout while taking cover behind the livestock." THINK about it if we did NOT have the Cattle as "Shields". How many people would have died?

If you have property anywhere esp around Kitengela area, you would understand why 300 animals belonging to pastrolists have been shot. You plant trees, food crops or grass,spend time watering then the pastrolists(thieves of all greenary) bring their mbuzis to graze on your yard. You know goats will destroy the bark of the tree thus killing the tree. Who told them they own all the land in Kenya? This is the 21centruy for Chrissake who moves from one place to the other looking for green pastures in a country of 44 million people the size less than Texas? These are the same pips who have sold their and for a quick buck just so they can have a " good time" investment is not in their DNA. Now enter dumb Raila to come save the day, a stupid man who has left Kisumu burning is about to save pastrolists. Lord have mercy. And the stupidity continues. I say kill all the damn cows then they can wake up from their lazy slumber and grow something for themselves.