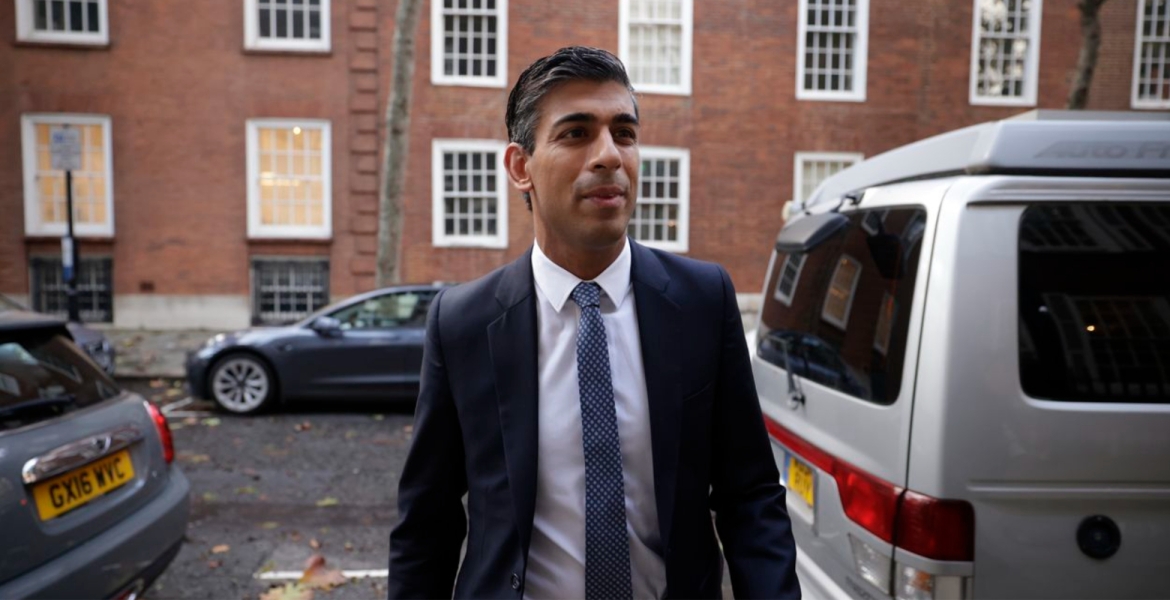 Sunak, who was the only person formally nominated to become the Conservative Party leader, will take over at Downing Street after outgoing Prime Minister Truss visits King Charles III to formally resign. King Charles will accept her resignation, and then invite Sunak for a meeting and ask him to form a government.

Sunak gave his first speech as Conservative Party leader on Monday, saying “it is the greatest privilege of my life to be able to serve the party I love, and to be able to give back to the country I owe so much to.”

“The United Kingdom is a great country, but there is no doubt we face a profound economic challenge. We need stability and unity, and I will make it my utmost priority to bring our party and our country together.”

“I pledge that I will serve you with integrity and humility … I will work day in, day out to deliver for the British people,” Sunak said in a brief speech after becoming the party’s leader.

At the age of 42, he is the youngest person to take the office in more than 200 years. He is also the first Hindu and the first person of color to become Britain’s Prime Minister.

Sunak, a former Chief Secretary to the Treasury, is a business and finance professional who started his political career after being elected Conservative MP for Richmond in 2015.

Sunak’s parents’ families separately moved to Southampton, United Kingdom, where his mother and father later got married. Sunak was born on May 12th, 1980 at the Southampton General Hospital.

An indian at the helm that will not last long.There is no other country so materialistic or prejudiced like the Brits they consider themselves a special breed hence they will use any and all means to ensure one of their own is back on throne.Dukawallah enjoy it while it lasts these indians are immigrating everywhere and are still overpopulated in their home country

Who cares how long it lasts? How many Indians have held that position?

I guess the question is … how long will he last? As soon as he fixes the white mans mess, they will want him out to take credit! Oh, of course the entire British Empire will be outsourced to India!

Oh no kidding.... but does he consider Kenya his roots?

Turn of the table. British ruled India an Indian is ruling UK. First thing tell King Charles to return the diamond 'The Kohinoor' which they stole from India and was on Queen's crown.

We have been brain washed to the effing end.He is a British citizen. So what?
What did Obama do for Kenyans when he was president? He deported more folks than even Republicans do.
Tuache ujinga.
Please don't take me wrong, I'm always excited about individual achievements, but not race based.

Rishi Sunak speaks English, Punjabi and Hindi. English is his first language as he was born in Southampton.