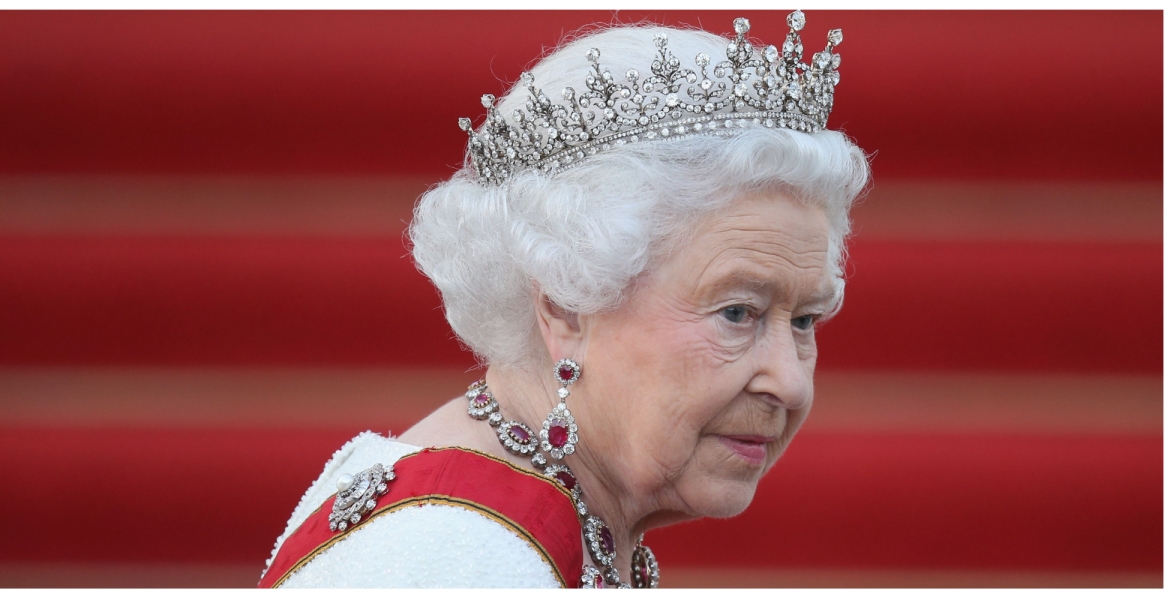 Queen Elizabeth II, who was the world's oldest and longest-serving head of state, came to the throne following the death of her father King George VI in February 1952, when she was just 25. She was crowned in June the following year.

Her eldest son Charles, 73, automatically becomes king of the United Kingdom and the head of state of 14 other realms including Australia, Canada, and New Zealand.

Members of her family had earlier rushed to be by her side at her Scottish home Balmoral Castle after doctors expressed concern about her health.

Queen Elizabeth, Britain's longest-reigning monarch, has been suffering from what Buckingham Palace termed "episodic mobility problems" since the end of last year which forced her to withdraw from nearly all her public engagements.

She is also survived by her other children, Princess Anne, Prince Andrew, and Prince Edward, and their spouses. Prince William, next in line to the throne, and Prince Harry are among her eight grandchildren. She has a dozen great-grandchildren.

How come those who murdered Kenyans are now chasing each other to hell/Kuzimu?They started departing with muuaji Ntimama in 2016 followed by muuaji Biwort-2017,muuaji Moi-2020,2022 were wauaji Njonjo and Elizabeth,the lady who trained wauji Kenyatta,Njonjo,Moi,Amin etc.It’s better to remember Kibaki who permitted muuaji Raila to kill Kenyans in 07/08 PEV and imported poisonous maize with him expired in 2022.Who is next?Unconfirmed reports say that muuaji Raila tried to commit suicide by drinking methanol during the weekend.I wish someone explain the type of conversations he had with tarmac rd?Other reports say he was saved by Uhuru who cut the rope he was hanging himself with.

Calling folks ‘muuaji’ you better be careful with your IP, they are seriously tracking and you can land in ‘hot’ waters very easily and quickly if you can’t substantiate your claims. Just a warning…

Pole sana @Kny as you will be wauuaji Babu & Raila’s next meal.

She left without apologies for brutal colonialism mass murderer and torture and robbery with violence. Koitaleel Samoeis head still her pillow to date

Longest living colonialist is gone. Or where are the others hiding?

I will not say ill of the Queen. I respect the dead, fair thee well your Royal Majesty Queen Elizabeth. There is a place and time for all the grievances but today is not that day - I was raised that way, respect the dead

@ formerly guest2, would you harbor the same sentiments if the dead committed untold atrocities to your immediate family.If you do, you are indeed arare breed...Just curious.

Some of my closest relatives spent time in British concentration camps and you can't sugarcoat the brutality of those camps. To this day, my aging mother loathes the British for what they did. This leader of an evil, racist and avaricious empire never once apologized, acknowledged or even expressed regret for the behavior of her government or it's treatment of black people before or during her reign. BTW, this was during her reign . Why should I be sorry that she is now decomposing and decaying by the minute?

Rest in hell you will never be missed

Racism. Slavery. Annexation. Grabiosis. Disenfranchisement. Colonialism. These are some of the painful legacy she has left behind. She was the architect behind the creation and administration of racism having been in the frontline in exploring and discovering lands and peoples' of African. disrupting their sweet way of living, and christening them as primitive.
Her grandfather, great grandfather and great great grand father were the drafters of the ideology of slavery. An inhumane way of using other vulnerable human beings as slaves, without food, proper clothing and habitable shelters. As a result, millions of Africans were hauled through man-eaters sprawled through the tsetse flies and mosquito-infested savannahs, chained and immobilized, on their way to the coastal of every region. On the shoulders they carried our resources such as gold, diamond, ivory etc, whips raining on their backs for those who were weak and tired of walking any further. When you visit Mombasa, ask for Shimoni Caves and make sure you are counselled before you enter inside. Sadly, Britain was made Great by descendants of our fore fore fathers, and the queen palace was constructed by slaves using resources from Africa. Her utmost pride, shaking peoples' hand were the gloves were on, showed what kind of woman she was. As one of the mastermind of partitioning Africa, with other rednecks from France, Belgium, Spain, Portugal, Italy, and Germany, Queen Elizabeth 11 leaves absolutely no legacy in the eyes of the African natives. The imprisonment of my grandfather at Manyani, leaves a painful scar to all those who fought for our independence. No wonder God has two secret weapons that leverage us all: illness and death. Her white gloves, well-balance food, excellent health coverage and high security provided for doing nothing, yeye ni msoga wa kuliwa na mchwa, just as will happen to Mjuaji one day. Like the arrogant Uhuru, go away in peace.

Monarchy should not have a place in the modern world!!!! And you are busy condemning dictators? What an irony the west is displaying?????

@Kipchoge, somebody who has lived on a welfare check for the whole of her life.

The Brits are facked up, in the head! It’s time to get rid of the brutal imperialist monarchy! All your hard earned pounds!

I have nothing against Elizabeth, she was a figurehead who just signed whatever her prime minister and parliament put in front of her nose. All grievance should be directed to the British Parliament. Since Elizabeth had no veto power

We do not mourn a colonizer.........https://www.youtube.com/watch?v=p0jptr8IIQw&ab_channel=DailyUpdatesZA