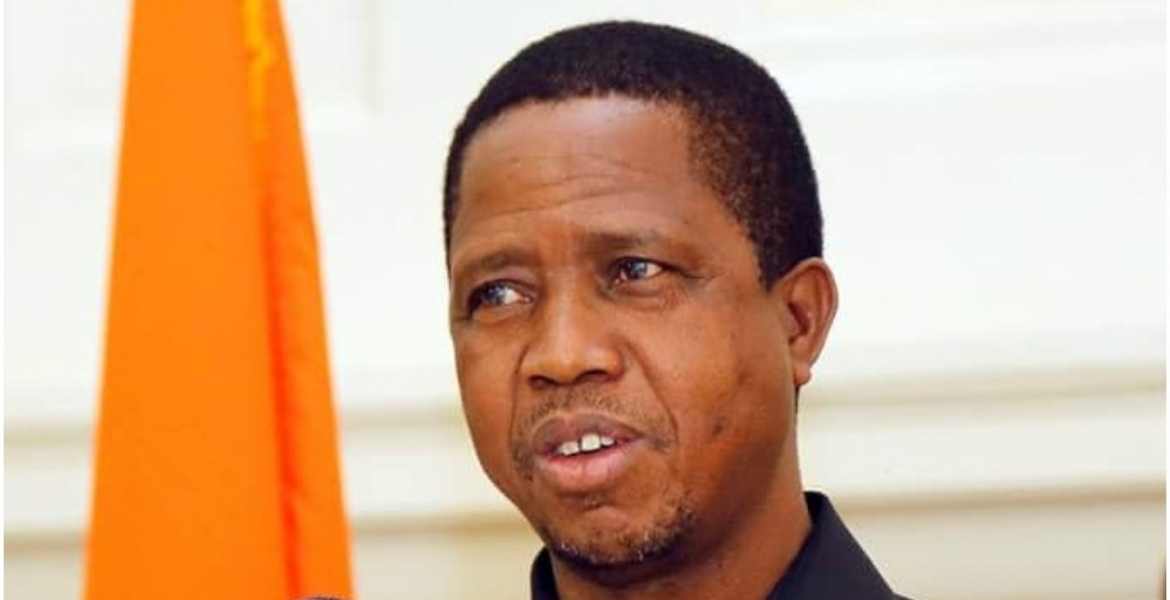 In a statement on Saturday, Lungu said the elections were "not free and fair" citing incidents of violence in Southern, North Western, and Western provinces.

He argued that the incidents rendered the whole election a nullity, adding that his Patriotic Front (PF) party was consulting on the next course of action.

Initial results released by the Electoral Commission of Zambia showed that President Lungu was trailing the opposition candidate Hakainde Hichilema.

From 31 out of the country‘s 156 constituencies, Hichilema of the United Party for National Development (UPND) was ahead with 449,699 votes against Lungu’s 266,202.

Lungu further claimed that PF polling agents were attacked and chased from polling stations, which left the ruling party's votes unprotected in the three provinces.

He cited the killing of PF North Western Province Chairman Jackson Kungo during voting and Samuel Chichii before the exercise as criminal acts that rendered the exercise not free and fair.

"Right now, some of our agents and supporters are hiding because of these criminal acts, how can the elections be free and fair when people have been murdered and many others are hiding after being brutalized? Is this democracy?" Lungu posed.

"With polling agents having been attacked and chased from polling stations, we are reduced to competing on seven provinces while our opponent was contesting in 10 provinces."

Can it be determined that the violence aided the opposition favorably,and punished the president? More often than not a loosing candidate in Africa ever accepts defeat even if its fair.Is this the case?
Of course any sort of violence and intimidation to garner votes is unfair and unacceptable. This goes beyond the "normal Irregularities".And its not a legitimate government that wins unfairly,and it sets itself up for instability.So hopefully after all is considered,the winner shall be accepted as alegitimate peoples' elected leader.

American influence!
There wasn't much of this before Trump's big steal. Now every tin pot dictator will claim rigging or stolen ballots every time an election does not go their way.
You must be totally incompetent if you can not rig an election to go your way when you are in power.
You are putting us all in a very embarrassing and shameful situation.
We can steal an election without outside help. Amen.

Lungu,Zambia’s Raila should be reminded that African countries have started enforcing their laws.That Ramaposha has locked former SA former corrupt president,Zuma and Sudan’s president,Awad is extraditing Bashir,former president to Hague.But the Bemba/Rungu tribesmen might have learnt that Zuma was never released despite the shooting to death of 300 Zulus who volunteered to be killed for his freedom.They could also have information that muuaji Raila is now looting with Uhuru despite his 350 tribesmen being permanently relocated underground.

Consult Miguna Miguna he will crown you as the people president kana githeee will teach you insurrection.

Miguna was not alone.There was lawyer Kanjwang and ceremony financier,jambazi Wanjigi.Miguna suffered alone as other three thugs are still “EATING” with THUG IN CHIEF,Muigai Kamau.Muuaji Raila is also being paid “bonus” of deaths to his 350 tribesboys with Muigai’s campaign help.

Only a loser incumbent African president can lose reelection. What with all the national state machinery at his disposal. This will be the second time the opposition in Zambia is winning in recent history.