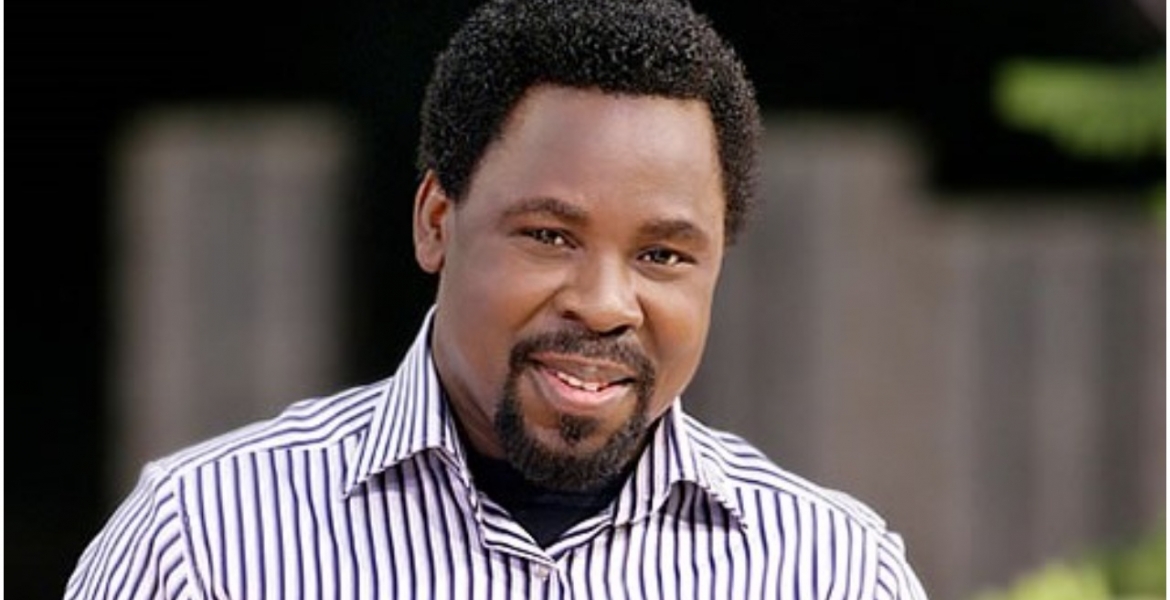 Joshua passed away on Saturday evening in Lagos, according to reports in Nigeria.

The 57-year-old controversial pastor is reported to have collapsed and died moments after concluding a program at his church. The cause of his death was not immediately disclosed.

“God has taken his servant Prophet TB Joshua home – as it should be by divine will. His last moments on earth were spent in the service of God. This is what he was born for, lived for, and died for,” a post on his official Facebook page reads in part.

Joshua was the leader and founder of the Synagogue, Church of All Nations (SCOAN), which runs the Emmanuel television station in Lagos.

The preacher gained popularity across Africa over his ‘predictions’ of world events, politics, and the economy.

In 2016, he ‘prophesied’ about the US presidential elections, and claimed that Hilary Clinton would beat Donald Trump but the opposite happened, with the latter winning the presidency.

He was mocked over the wrong prediction but in response, Joshua stated that his prediction was not off the mark and that people needed a "spiritual understanding" to be able to interpret his prophecy.

"There is nothing controversial about the prophecy. It is human beings that are controversial... we are not on the same level (of spiritual understanding)," he was quoted as saying.

In 2014, a six-storey guesthouse belonging to the televangelist collapsed, killing a total of 116 people, including 84 South Africans who had visited Joshua’s Church in Lagos.

An inquest attributed the disaster to structural failures and found the building did not have planning approval from the authorities.

Relative to the BIBLE Book of LUKE Chapter 16:
T.B Joshua was about $12,000,000 RICH. So I hope he didn't have languishing LAZARUSes where he lived. And if he DID have them: I hope he FED them (even if on Crumbs). I hope he FED the Poor, the Widows, and the Orphans; I hope he Uplifted the Weak.

'And just as it is appointed for man to die once, and after that comes judgment',

Has anyone noticed that all these men of God send their kids to world class schools abroad to study (I hear Nigerians have their preffered high schools in Canada and USA) while the sheeple's kids attend local run-down ghetto schools? This one's kids are graduates of London School of Economics. With his Millions (In dollars), he couldn't start a Uni in Nigeria? Havarad and Yale were began by churchmen! I tire.

God does Not always take His people; Some people themselves Go to God.

Does he still accept those that are there without him taking them, I mean the surprise visitors?

Who is this again and why is he in Kenyan news media ? Never mind, not a cult follower therefore I would never know and don't want to know

The modern day church started by enslaving God's children.
If God's children are to be released from slavery, a lot of those churches and their leaders will have to disappear from the scene one way or the other.
Modern day churches destroyed our shrines to come into existence. Soon they will be destroyed to give way to what is coming next!!

Good riddance for this Christian con..may he be buried with tyths

Ashes to ashes! We must all go thru the final exit regardless of how much wealth you amass in this life. I have never met a person who have come back from heaven or hell. None! It is all a game. And so it goes.

He claimed to heal the sick and resurrect the dead but he could not save himself? Of course they are all liars and conmen, these loud preachers.

African Slavery and the Catholic church

On June 18th, 1452, Pope Nicholas V issued a papal bull (a papal bull is a document through which a pope of the Roman Catholic church issues an important public decree, letters patentor charter) called "Dum Diversas” or The Vatican’s Authorization of Slavery that granted Portugal and Spain " full permission to invade, search out, capture & subjugate unbelievers & enemies of Christ wherever they may be... and to reduce their persons to perpetual slavery."
“DUM DIVERSAS.” (English: Until different)
“We grant you [Kings of Spain and Portugal] by these present documents, with our Apostolic Authority, full and free permission to invade, search out, capture, and subjugate the Saracens and pagans, and any other believers and enemies of Christ wherever they may e, as sell as their kingdoms, duchies, counties, principalities, and property […] and reduce their persons into perpetual servitude.”

Africans and African Americans should demand reparations from these two foreign religions responsible for the physical and psychological suffering of Africans for centuries. They are also responsible for challenging the CREATOR and human diversity in skin color and gender. They are "Fake Religious Cults" and should be outlawed in Africa.