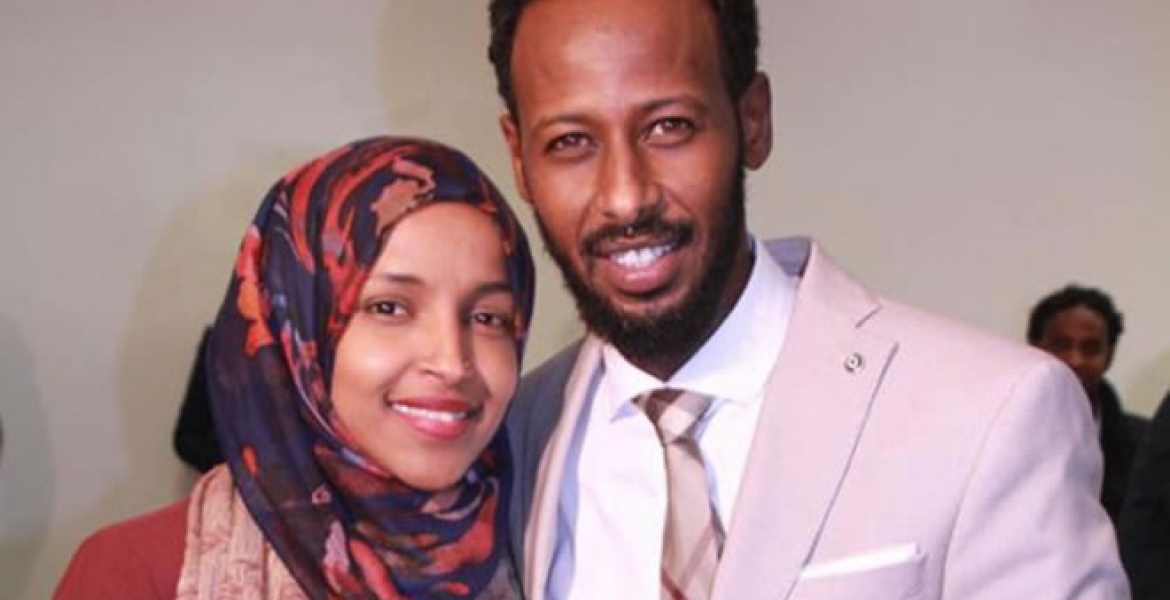 Somali-born US Congresswoman Ilhan Omar has filed for divorce from her husband over what she termed as an "irretrievable breakdown" of their marriage.

Ms. Omar filed for divorce from Ahmed Hirsi on Friday in Minnesota's Hennepin County District Court, according to Washington Post.

The petition, which was signed by the Minnesota Rep. while in Burkina Faso on Friday, does not give details on what caused the marriage to break down.

The divorce suit comes a few weeks after a Washington, D.C. woman accused Ms. Omar of having an affair with her husband Tim Mynett, who worked as a political consultant for Omar.

"As with all marriages, this is an intensely personal and difficult time for their family. For years, Ilhan and Ahmed have been the object of speculation and innuendo from political opponents and the media," Omar's attorney, Jaime Driggs said in a statement on Monday adding that she wished for privacy and would have no further comment.

Ms Omar was born in Somalia and spent part of her childhood in Kenya with her family as refugees before migrating to the United States.

Not everyone can handle a Promotion

Another lose canine aka bitch.

All that glitters is not gold! Duh! The lady has a loud mouth but kumbe anapeana asali kwa mafisi!
This puts everything she has done in perspective; she got to where she is by kufungua miguu!!!and the other .... well let me not say!

Wacha wivu, which Muslim man can handle a powerful woman???

Lol. Thanks you two for the chuckle!

Chronicles of Congresswoman/homewrecker Ilhan Omar;
Married to Ahmed Nur!
Married to Hirsi!
Having an affair with Tim Mynett wrecking his marriage!
Did not know muslim women loved dicks
Now I know where to look for a whores!

I won't judge because every marriage is different, but being married to 2 men and having a side HUSTLE brings in a lot of questions.
I understand some of us African men can be difficult, but this is is America...where we can justify the most ignorant things in the world.

Aki nisi sikie mwanamme anakemea huyo mwanamke Ilhan Omar na vile wanajua kupeana hiyo kengele. She's a Whole lot of Woman. She is equal to a Hundred African men. Her life, relationships and sexuality and how many people she chooses to engage with shouldn't be anyone's headache.