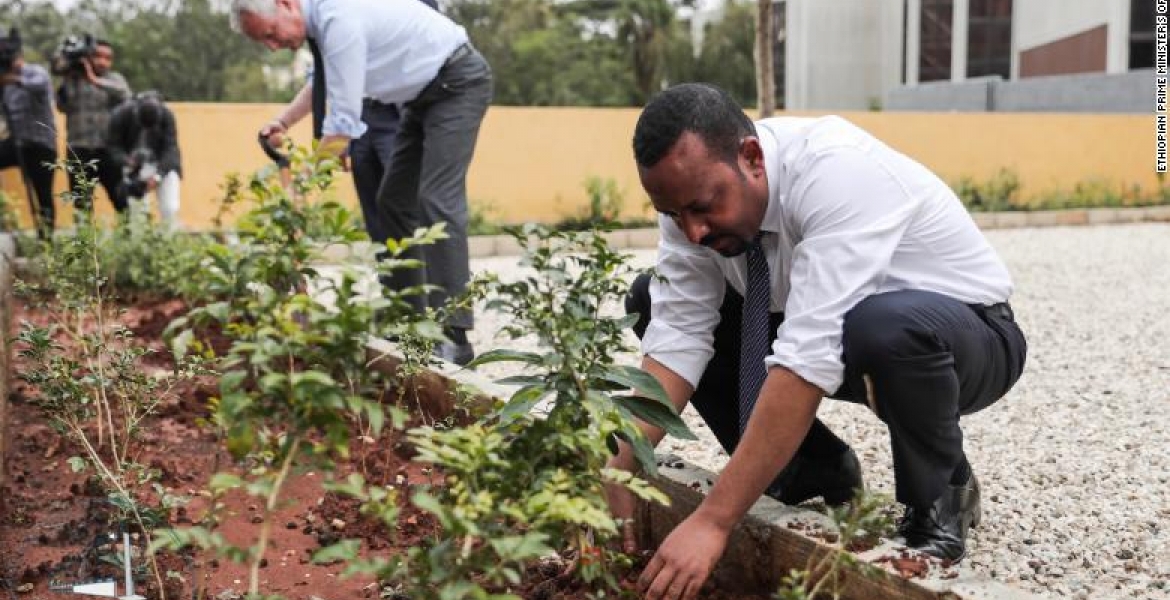 Ethiopian Prime Minister Abiy Ahmed on Monday led the country in planting more than 300 million trees in 12 hours, which officials believe is a world record.

Ethiopian government officials said the project aims to counter the effects of deforestation and climate change in the drought-prone nation. During the nationwide exercise, most public offices remained closed to allow civil servants to participate.

The landlocked country’s forest coverage is currently estimated to be about four percent of the total land, having declined from 35 percent in the early 20th century, according to the United Nations.

The tree-planting drive is part of Prime Minister Abiy’s Green Legacy Initiative, which is being done in 1,000 sites across the country.

In a tweet, Ethiopia’s Minister of Innovation and Technology Getahun Mekuria said over 300 million trees were planted on Monday and the aim is to plant four billion trees.

The current world record for planting trees in a single day is held by India, which planted more than 50 million trees in 2016 using 800,000 volunteers.

Congratulations Ethiopia. This should be the goal for all African nations. My opinion: We should plant 5 trees to represent every individual and every other tree should be a fruit or banana tree. This way no human being should ever die of hunger. And no human being should make fruit so expensive and unaffordable for another.
This would reduce the number of health issues.
Let our leaders follow in leading our people in tree planting. Let us plant them in schools and everywhere for future generations.
Thank you Ethiopia for leading the way!

Good example by our neighbor. If we want to change our ways of life, it has to involve every citizen no exception. And the education system should teach morals to the school age kids, from the parents to teachers and Colleges. Just as we are battling corruption, it will be done when we get tired of it, stop condoning it. If your friend or siblings or even parents are involved, paying little bribes for services is not taking us anywhere. We will yap forever without imminent results. Open your eyes and minds Kenyans.