Tearful Theresa May Announces Her Resignation as British Prime Minister 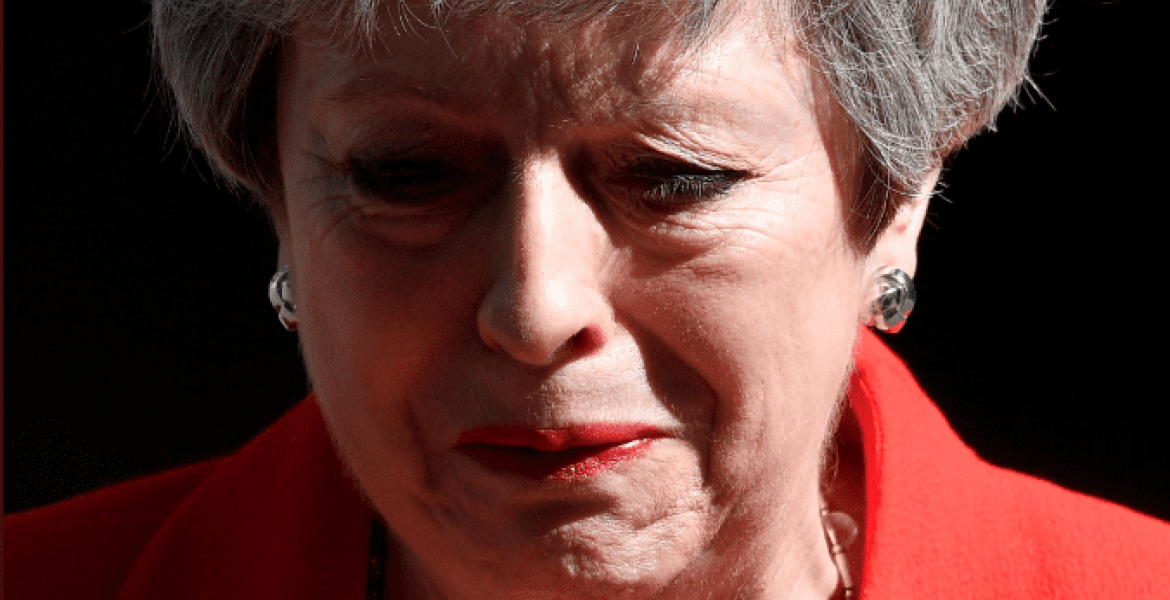 Theresa May has announced she will resign as the United Kingdom Prime Minister next month.

Speaking on Friday, a tearful Ms. May said she would step down as the leader of the Conservative Party on June 7th.

The move comes after she failed to deliver Brexit following three bruising years and triggers the beginning of a contest to find her successor.

“Ever since I first stepped through the door behind me as prime minister I have striven to make the United Kingdom a country that works not just for the privileged few but for everyone, and to honor the result of the referendum,” May said.

“I have done my best to deliver Brexit, I have tried three times.”

“I have done everything I can to convince MPs to back this deal, Sadly, I have not been able."

“I believe it was right to persevere….it is now clear to me that it is in the best interest of the country for a new PM to lead that effort,” May said.

She fails then she cries. What a disservice to all women in the world. Cry Baby go away.

She didn't disservice me - cry is a normal human emotion!

Hats off for Triza.....she’s a very strong woman. She may have failed to deliver Brexit but she has my full respect - she did her best with all her heart. Kudos for her efforts!
Criticizing her tears is very immature of you

@Mlachake here is a good feeling that portrays a general feeling on this woman who had refused to show any sign of emotion before her resignation
"May had a tough job to do and the performance review she got was negative. Perhaps if she cried in private it might have seemed more appropriate to some, but her tears are really the least of Britain’s problems now"
At least she still got your vote but the Brits don't really care. If it is immature to not respect her so be it. Perhaps you should be busy respecting leaders in Kenya too not some white woman who accomplished zilch.

Did you just « respecting leaders in Kenya », which leaders? Are you talking about kenyan misleaders who have no clue about managing a country, who are hell bent on running the country down to nothing? Why is Kenya still a poor country? I cannot and will never respect the average Kenyan so called leader - he / she is an idiot, period

Stay strong Theresa. Strong women know that tears do not correlate weakness but the magnitude of pain upon generations.