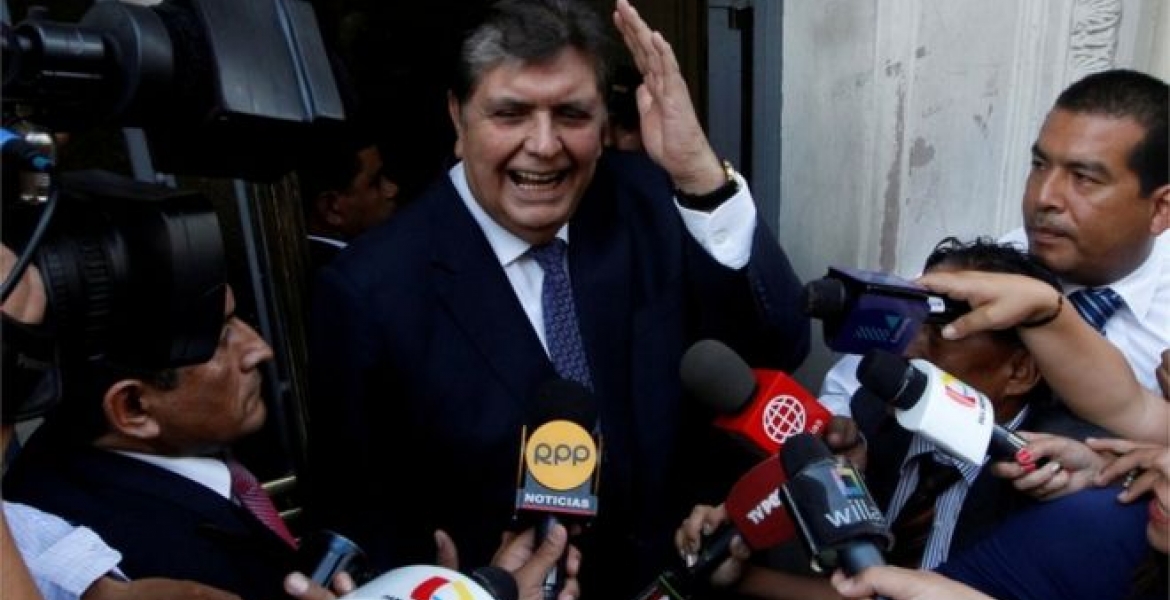 Former Peru President Alan Garcia on Wednesday shot himself to reportedly avoid arrest. Garcia is said to have shot himself after police officers arrived at his residence in the country's capital Lima to arrest him over bribery allegations.

She adds that the 69-year-old is in “very critical” condition.

“Let’s pray to God to give him strength,” his lawyer Erasmo Reyna told journalists at the hospital.

Garcia has been under investigation in connection with Brazilian construction firm Odebrecht, which admitted publicly in 2016 that it used bribes to win lucrative contracts in the region.

This should serve as a warning to our corrupt Mpigs and leaders and present day homeguards.

I believe it is time to go after all the corrupt and implicated public officials the same way other countries are doing. It is time. The justice system in Kenya needs to produce real results. They should justify earning a paycheck month after month while all these economic criminal activities continue unabated. The citizens should demand results. Wake up good people.

The Arabs spring should be a jump start to Africa liberation as whole - since it reached Sudan. The spirits should next land in the streets of Nairobi in despite of either ROA or Uhuruto is the president. They are all MPIGs who are now planning to pass the ball to each other. This way they will avoids streets actions in the future.

I say and I have said before that without working the streets for months or even years if necessary to send whole the past and present big fish to prison (not jail) and/or repossess the looted public coffers. Is the only way to avoid Kenya being in a civil war caused by imaginable corruptions.

And where did Arsb Spring take Egypt and Libya, you should ask yourself that question. You have no idea the Western Machination of Western stooges of so called leaders. Read more about the historical uprising in South America, Haiti and others before you add Nairobi into the mix. No idea who controls your country and Sudan and other weak African Nations, so naive!