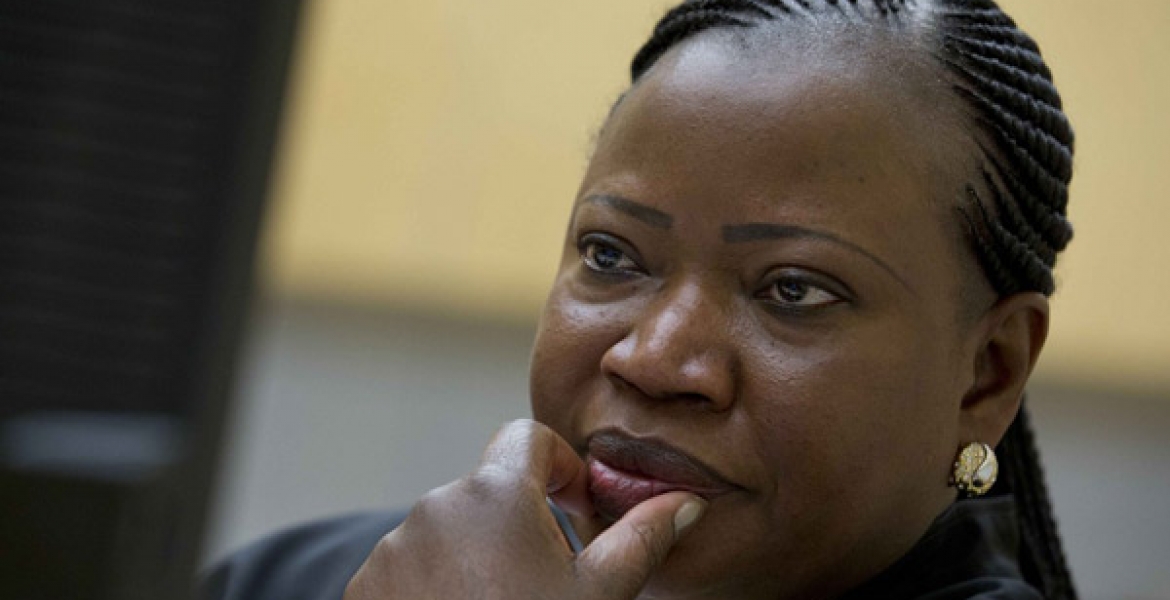 Bensouda's office says the move is a response to her inquiry into possible war crimes committed by US forces in Afghanistan.

The move comes weeks after Secretary of State Mike Pompeo announced the US would withdraw or deny visas to ICC staff probing such allegations against US forces or their allies.

“We can confirm that the U.S. authorities have revoked the prosecutor’s visa for entry into the U.S.,” Bensouda’s office says in an e-mail sent to Reuters.

However, the office says the decision would not affect Bensouda’s travel to the US to meet her United Nations obligations.

The US and other major powers such as Russia and China are not members of the ICC.

The Office of the Prosecutor also states that Bensouda would carry out her duties “without fear or favor”.

Bensouda has been investigating alleged war crimes in Afghanistan since November 2017, including the possible role of US military officers in the detention of suspects.

This is a good time for so called "African" countries to return to their biblical name, Hebrew Israelites and go back to black man's history and constitution; the bible. As someone stated here before the ICC (International Colonial Court) was created to try and convict only the so called "Shit-hole" countries (African Countries). What can save our countries from corruption and all other evils is going back and following the black man's constitution and history "The Bible".

Hahaha!Fatou has forgotten that she's just a puppet, there're others who pull the strings!

She touched a live wire. Most American leaders are supposed to be charged in ICC courts anyway. From the Bushes to son of jaluo who never controls his lips whenever he faces a micro phone he orchestrated the so called Arab Spring also tried to bring the same sex curses in Africa.turned America into an international refugees shelter ( believe me if whites start flocking to Africa at the same rate there will be a mass protest that colonialists are coming back)but Africans feel like we are entitled to emigrate to their countries then breed faster than wild animals only to leave their culture and identity diminishing. People like Trump emerged because he is the only American who fearlessly assured Americans that he can restore their identity, the same to black South Africans or even in Kenya what will happen when there is mass emigration of people from everywhere establishing themselves in jaluo or kikuyu heartland ?

I hereby formerly submit to you that the African is indeed dumb & stupid. How else can one explain the stupidity we exude wherever we are? Why do we have to subject ourselves to the ICC? Because we ain't mature enough to run our affairs like adults. The rest of the world, as USA ably demonstrates here, regards us as immature 9-year olds still in school and in need of reprimanding every now and then hence the subjection to the ICC. If I was in State House today ( and I am planning in the near future), I'd promptly pull out of the ICC - the US, the Chinese and the Russians want to be regarded as too superior a human species they cannot commit crimes. This has been left to the low IQ Africans. Prove to me now that we are not less intelligent than other human beings on the planet

I love her though. I remember in 2103 and 2017 how everyone was careful not to start any of those stupid tribal clashes. Wish she were there during Moi's last few years when he shed so much blood against anyone opposed to him. He would be rotting in the Hague instead of spending time in Kabarak milking the taxpayers coffers, that which he should and late Biwott pay back instead. Bure Moi!

I have always asked myself kwani we the blacks r we do stupid idiots foolish that we live to leak the white man ass n follow his ways??Bemfuda n kofi anan raila n ngo's were used to bring kenya down due to their stupidity ignorance n bootlicking??Majority if usa president have innocent blood in their hands n if truly God exist watalipa.The west have distabilized many countries n nothing is done to them juu they have power n money but our leaders remains stupid too they don't want to quit icc,united nations juu we behave like we cannot stand tall alone.Bure kabisa but it's God that benfuda n west walinjua wakenya sio wanjinga especially kale n kikuyus juu we stood with uhuru to juu we knew they wanted to jail them ndio raila wao ashikilie????