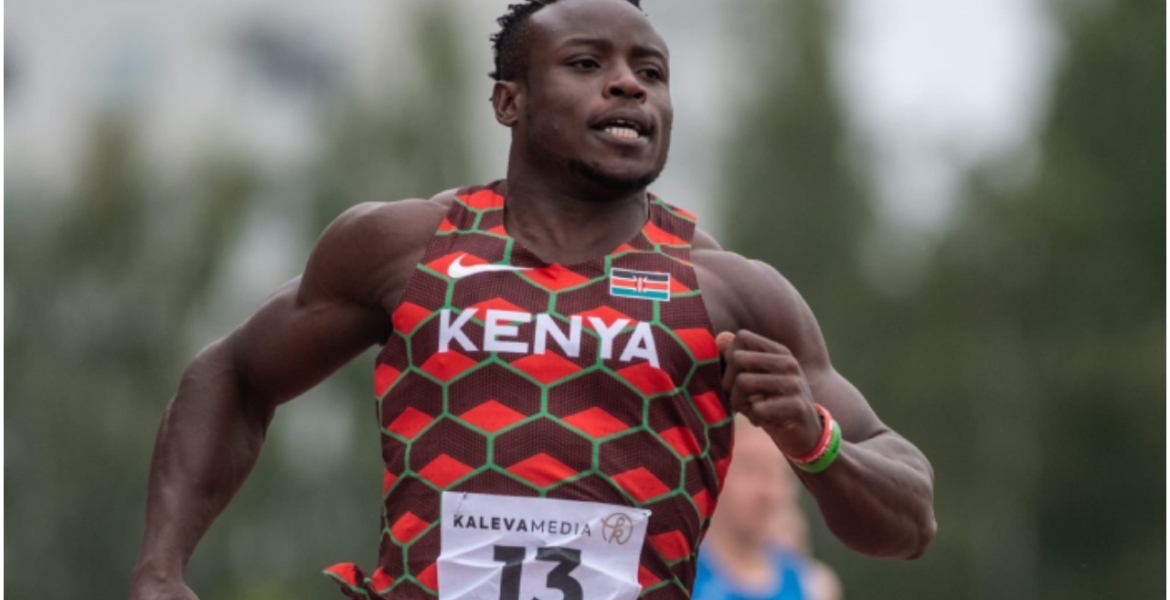 Omanyala, who is Africa’s 100m record holder, was inducted into the service by Inspector-General of Police Hilary Mutyambai at police headquarters in Nairobi on Friday.

The 25-year-old took a new role that will see him represent the police service in track events in the future.

“It is an honor to serve the National Police Service and I promise to give my best as an athlete. I also understand that there is life after sprinting,” he said during the ceremony.

Omanyala, a second-year student at the University of Nairobi, broke Africa’s 100m record at the Kip Keino Classics held at the Moi International Sports Centre in Nairobi in September.

He clocked 9.77 seconds, smashing the previous record of 9.85 seconds held by Akani Simbine of South Africa. This also made him the eighth fastest sprinter of all time in the 100m event.

Omanyala represented Kenya at the Tokyo 2020 Olympic Games where he finished third in the semi-finals in 10.01 seconds.

I guess rules are made to be broken. According to AK athletic Kenya,any athlete who has been found to have doped cannot represent the country.This was an issue leading to the Olympics.Apparently they loosened the rules for Omanyala to represent Kenya. Is this not setting a bad precedent?
However, he has given avery good reason for his doping.Going forward, I can only hope that he has put all that behind him.
His other 100 meter comrade,Odhiambo was found guilty of doping shortly before he ran his first race at this year's Olympics.
I wish the best for Omanyala,and hope that he does not get any more doping scandals.Especially after another 100 meter runner from Jamaica, Nester Carter has just been slapped with a 4 year ban for doping,and being in his 30s he has wisely hanged his spikes.
Any yes dominating from the shortest distance to the longest distances in athletics,would be something to behold. Can you imagine,Kenyans doing it?Yes we can.

I find it rather absurd that this guy has to be a cop so that government can sponsor him in his athletic endeavors. Where are the businesses to do this job? He should be more celebrated than he is currently.

Good move. He won’t have to worry about money and training now.

@ Mugikuyi, usually when you have an image tainted with doping, businesses are hesitant to embrace you lest they be deemed to be condoning use of prohibited substances...But Iam sure eventually they will come around.

Need to be fair with all athletes. Have Olympic trials an top three go to Olympics. Not just send who you want.Mungu Akulinde

@ John Semler, actually that is the best to select. It makes the top runners maintain their form on top , that is.
Of course the idea is to select those who have a better chance of getting a medal,or putting up a spirited performance. However,sometimes the best you have just had abad day in office,as happened to Timothy Cheruiyot.I assume you are aware of his situation.

Military and police love hiring athletes but that doesn't help their reputation. They hire mostly after they've won big already.