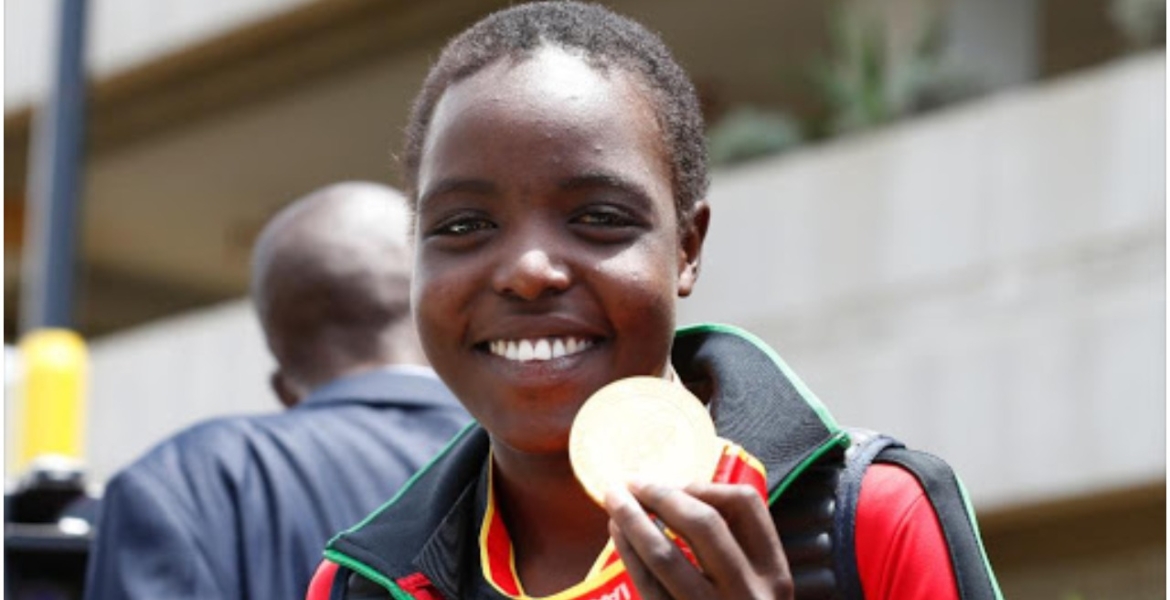 Tirop, who represented Kenya in the 5,000m women’s race at the Tokyo Olympics in August, was found dead in her house in Iten, Elgeyo Marakwet County on Wednesday.

Reports indicate that the 25-year-old had stab wounds in the abdomen. Her former boyfriend is suspected to be behind the killing.

Her death was confirmed by Barnaba Korir, the chairperson of Athletics Kenya in the Nairobi Region.

She made history in the adizero Road To Records event in Germany in September, slashing 28 seconds from the 19-year-old women's record for 10km after clocking a staggering 30:01.

She became the second-youngest medalist at the 2015 IAAF World Cross Country Championships in the women's race.

Family murder is becoming monotonous. Spouse killings are too common in Kenya today than any other time in history of Kenya. Something is wrong somewhere.

@ Isaac Newton Kinity, I have to agree with you.Even if you factor in increased population,per capita,we are having more "deliberate Killings" that any other time in the history of Kenya.
There are many reasons for that,but the main one is that the concept of it takes avillage to raise achild does not exist anymore,neither is the concept of "Iam my brother's keeper".
The we have weak laws,corrupt judicial system that does little to discourage crime.

RIP AGNES, RIP.
THE LUST FOR MONEY IS THE ROOT OF ALL EVIL. MY SPECULATION IS SHE WAS MAKING WAY MORE THAN THE BOYFRIEND. ENVY,LOW SELF ESTEEM ON THE BOYFRIEND'S PART, GREED AND MISUNDERSTANDING caused her death.
MEN, IT'S TIME WE STOP THESE SENSELESS KILLINGS TOWARDS OUR BEAUTIFUL MOTHERS AND SISTERS.
I BELIEVE IT'S TIME WE STARTED TEACHING OUR ATHLETES ON HOW TO HANDLE MONEY.
SOME OF OUR ATHLETES ARE LANGUISHING IN POVERTY, EVEN AFTER MAKING MILLIONS OF KSH. IT WILL GO ALONG WAY, BECAUSE THEY WILL ALSO HELP THE FUTURE GENERATIONS.
RIP, BABY GIRL, RIP.

@ Kora Kanini, I just read that the husband called her parents to tell them that he had done something horrible.He is on the run and police obviously are treating as aperson of interest.I would say that they should to ahead and call him a suspect.
This information has lead me to concur with you that there is a great possibility that the athletes death has to do with fight over money.
Agnes has been doing very well in her career. Since the olympic when she was place 4th in 5000 meters, she has gone ahead and broken a world record in 10K road race.And if Iam not mistaken,when one breaks aworld record, there is always an added financial bonus.I also believe she had run another race after that and did well.
Not sure what the husband does,but I can see an insecure man getting jittery over wife's increasing financial muscle.Remember gone are the days when the husband had total control over family finances,regardless of whether he brought home the lions share or not.And as studies bear out, money fights/matters is one of the biggest marriage breakers.

It is very sad to say that the value of human life in contemporary Kenya, is not different from killing a mosquito or a fly. As an elder, I remember many years ago as a young man, when death occurred because of old-age, childbirth, great famine, infectious diseases, interethnic wars (Kamba and Maasai) but not regular killings like neighbors fighting or husband killing the wife or vice versa.

What are the causes of the increase of the current deaths? I request that you to look back and examine our traditional cultures carefully. You will observe that, they did not allow or enable members of the culture to terminate the life of another member that easily. In my micro-nation (a word coined by the late Dr. Wangari Maathai), anyone who terminated the life a fellow member of the culture, was ostracized and expelled from the group permanently.
However, when the British (illegally) invaded us, they introduced their religious faith whose foundation is based on the son of Mariam. This religion strongly believes that it does not matter what crimes you commit on earth if you accept and believe in the son of Mariam just before you die. Your acceptance of the son of Mariam will guarantee you immediate forgiveness of your sins and direct entry into heaven where you will live with him forever.
Please read Matthew 26:28. After reading this biblical passage, you will conclude that, one of the reasons for many unnecessary deaths and crimes in Kenya is (unfortunately) based on the many reassuring passages in the bible on making apologies for crimes committed just before death. This fake and crime-ridden religion should be erased from our conscience and permanently outlawed in our republic.