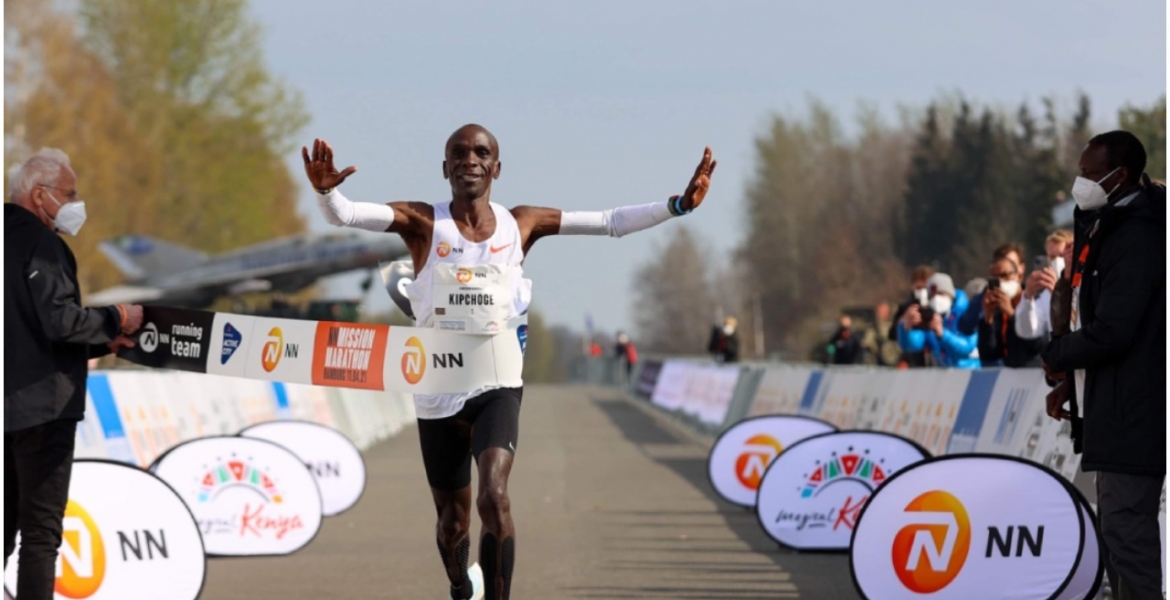 Kenya's Eliud Kipchoge bounced back to winning ways after cruising to victory in the NN Mission Marathon in Enschede, the Netherlands on Sunday.

This was Kipchoge’s first outing since a shock defeat in last October's London Marathon where he finished eighth and the last race before the Tokyo Olympics in Japan, where he is expected to defend his title in August.

“The conditions were really good, a bit windy, but I had no complaints. The race was perfect. This was the real test towards Tokyo. It’s good to have a marathon a few months before the Olympics to test my fitness,” said Kipchoge.

Jonathan Korir of Kenya finished second with a personal best of 2:06.40 while Eritrea’s Goitom Kifle placed third in 2:08:00.

The race was initially set to take place on April 11th in Hamburg, Germany but was postponed due to COVID-19 restrictions, forcing the organizers to find an alternative location. At least 50 professional athletes from 20 countries took part in the event.

Well done Eliud Kipchoge. You have shown us the true mark of a champion.And that is how to overcome a setback.You have also shown as that you are ready to defend your Olympic gold medal.And I dont see why you shouldn't.
Best wishes to you and Team Kenya as you prepare for Tokyo amid the covid 19 interruption.