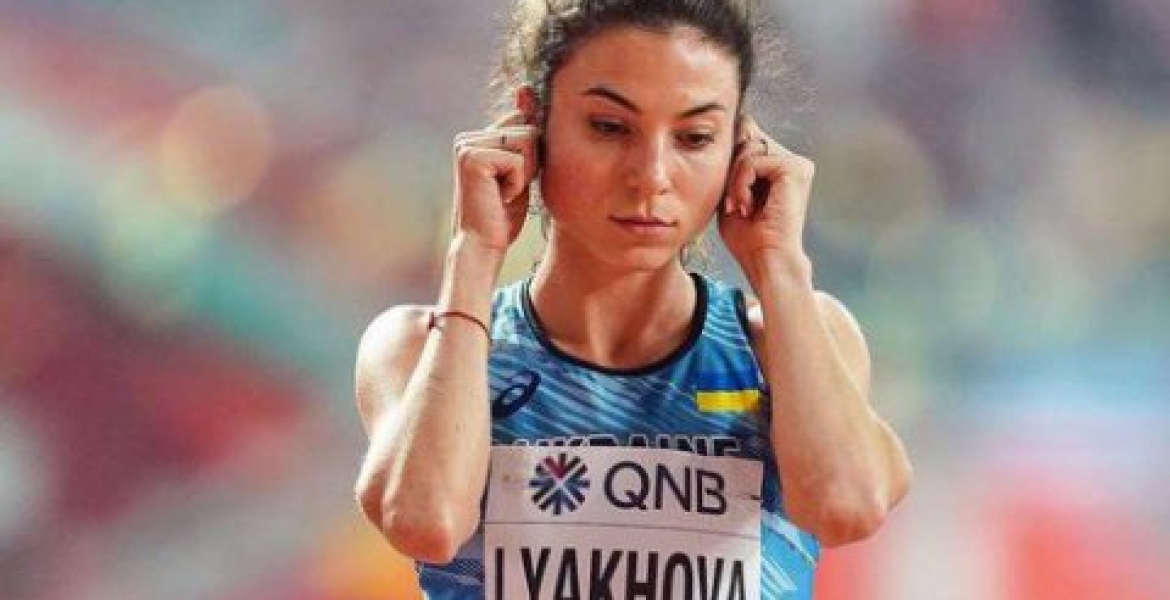 Lyakhova, a 2019 European Championships 800m bronze medalist, has been doing her training in Iten, Elgeyo-Marakwet County for several weeks now. Iten is the most preferred training location by local and international athletes due to its high altitude.

Lyakhova found herself in trouble with Kenyans on social media over her post in which she described her stay in Kenya. In the tweet, she took a dig at Kenyans saying they “never rush anywhere” and are never punctual.

The tweet, in Russian, stated: “Life in Kenya is moving slow, it’s not metropolis where people don’t have time to raise their head to look at the sky. In Kenya, it’s own charm, it’s own charm. Kenyans never rush anywhere. They even say I’ll come at 2.00 but African means maybe an hour or more late. This really makes me angry. Can’t you do everything on time. But they live like that and that’s their feature.”

She added: “There is the same price for products everywhere in the market, there is no price for products. You can live here, even for little money. Local products are cheap, but the meat is expensive. Life in Kenya is like getting into the past, 20 years. But civilization will come here.”

The 28-year-old athlete’s comments did not go down well with Kenyan online users who took to Twitter to slam her.

@KatWereski said: “She comes to train in ITEN the complains its backward. She can go train in their Metropolis. We love the countryside fresh air and nature.!!”

@Mumbimaingi tweeted: “Western standards /living are not the benchmark of civilization. Kindly educate yourself.”

@Brianmbunde wrote: "I am mad at the fact that she thinks we are not civilized."

Alex Kimani added: "Ukraine is a third world country like Kenya. Even far worse than our nation due to constant wars. She is a narcissist."

The angry reactions forced KyaKhova to apologize, blaming the misunderstanding on Google translation.

“I want to ask Kenyans to forgive me because what I wrote in Russian meant that Kenya has good time for socialising compared to European countries where even small children are busy in their gadgets. I love Kenya and I will always be coming here to train for various competitions,” she said.

“I wrote the message in Russian but Google translated it to mean something different from what I had intended. Iten is a good place to stay and train and why should I even think of badmouthing this place,” added Lyakhova.

The Chinaman who whipped a Kenyan did not mean to do it. He is terribly sorry for the misunderstanding. He would like to come back and continue the good work he was doing in providing good nutritious Chinese food to the lovely Kenyans he was lucky to meet in the country.
Good luck with that.

@nwangi only those who can read between the lines will get the meaning. Thanx for the highlight.
I also don't forgive that easily.

Ukraine is in a worse political and economic conditions than Kenya. They have been fighting each other for a long time now!

That part of the world isn’t the best for anyone to brag about it. Lyakhova must be having the relapses of the Ukrainian civil war!

Her folks butcher each other on the streets of Kiev on a broad day light! She must be having too much fun wherever she is in Kenya!

I'm not defending her but your comment isn't any better.....
First of all Ukraine is NOT IN A CIVIL WAR.... UKRAINE IS OCCUPIED BY RUSSIAN TERRORISTS....
Get your facts straight before you comment about something you don't know

My world bank / IMF sounding friend, whichever way you want to cut the cloth, regardless of the perpetrator, civil war is civil war negro, mind your own business ndugu, no one cares about your text book/ Al Jazeera narrative, point is this bitch, should respect us, hiyo tutu. We all read economists etc but the Olga punani, crossed the line, wacha kujifanya superior intellectually

The women from Ukraine can be very uncouth! They have a very foul mouth when it comes to dealing with other races! What she may call civilization in Ukraine is equal to the way life used to be in Modovia when Noah passed by with the Ark!

Hi Olga, why don’t you park up your junk and go back to Ukraine to deal with the hell-raising rebels? You wrote in Russian my damn foot!?

Olga, I experienced the same lack of time keeping in Kiev. Don’t preach water while you are drinking wine! Your people are very slow in the way they do things and most of them don’t keep time!

Take your big Guza back to your primitive Ukraine where the weather stays ever cold, you pichika!

I like the comment even though I do not know what you just said ha ha. Yeah Pichika! She was probably drunk on Vodka , their breakfast drink of choice

Their drink of choice is called “Larki”! It is 20 times worse compared to Vodka. It is pure white, tastes like tar, and it burns the throat as it goes down!

“Pichika” is a very beautiful word! Most men like it a lot! 🤪

Ohhh, and guza is her big “Matako”! Now you can claim to know a little raw Russian!

Fix your Ukraine before you start talking clap about your host country! Yes, you meant everything you wrote in Russian. Why do you think Kenyans need be rushing around? Stubom!!!

She comes from the shithole called Ukraine - Europe third world country and she has the audacity . Throw her out and our Kenyan athletes should not train with her , bullshit, I saw her sorry on NTV and it was a mockery. Eastern European and Russians are racist asshole .

Olga, for a moment i thought u were married to a Oga. Bullshit wiz this Ukranian complainer. Come to Russia where we have advanced kachapuri for every sportsperson. Lol!!!!!

And what is wrong being married to Oga? All Russian women go ogoli ogoli for a black brother! &kieschev, you know damn well your women won’t talk to you whenever an Oga is available! Don’t lie, tell the truth. The kachapuri you have in Russian are old, delapidated and falling apart. She went to Kenya for the best kachapuri and match more! You may need to go to where she is to get the best!

Kenyans are quick to rush into reactions inTwitter. Please why isn’t marakwet a mega training brand for training athletes ignite the list soughted for its attitude ? International athletes training there hope they are paying lost of cash that can uplift folks from marakwet. This lady is totally correct. If Jordan old worn shoe made in 1985 can sell for $596,009 Equating to 59 millions shs How are Kenyans in a hurry to make their own brand ? Wajinga sisi will apology bear any fruits In Twitter ? I will say it loud and clear she is totally telling the truth.:

With your name, we know anything mzungu is ass kissable moment. Shame on you. Mzungu on the other hand like her thinks you are a monkey. Be proud of who you are and don’t air your dirty laundry to mzungu, he cares less

Omosh - Olga, is that the new family name? - she is not a Muzungu! She is a mixture of everything and in-between!

So tell Omosh not to salivate while hallucinating with some ass kissing Oduma songs of praise to anything with light skin!

Your Nikita sister next door can do you a lot of good; if you can just be nice to her! Omosh - should you get a chance to travel around, you will learn what you see is just relative to what you have already.

I can tell you for sure that Ukraine is not the place to go, unless you just want to go drink Larki! You are way better of in Kisumu damu!!

WaKenya are allergic to the truth. There was an old Kikuyu proverb that one doesn't cry if one hasn't been pinched. She clearly struck a nerve. Kenyans are notoriously late. Insulting this woman won't change that.

The very reason I take passion deflowering white Women with my 11" meaty stick...
Why....
They keep it real...under the sheets and on the streets

Your 11 inch inch stick could be 14 inches and it still wouldnt make up for your invisible brain. We white men enjoy your black women while you keep our white women busy. Thanks.

My lips are sealed 🤐. Do really want the truth on that?

She is stating her experience in Kenya, the way she sees it. She has a right to that, whether Kenyans like it or not. KOT, learn to live with people who don't agree with you. They also have a right to be here.

Enjoy your runs young lady. Some day you may come back to thank Kenya. We are never is a hurry because we are not driven by the clock.