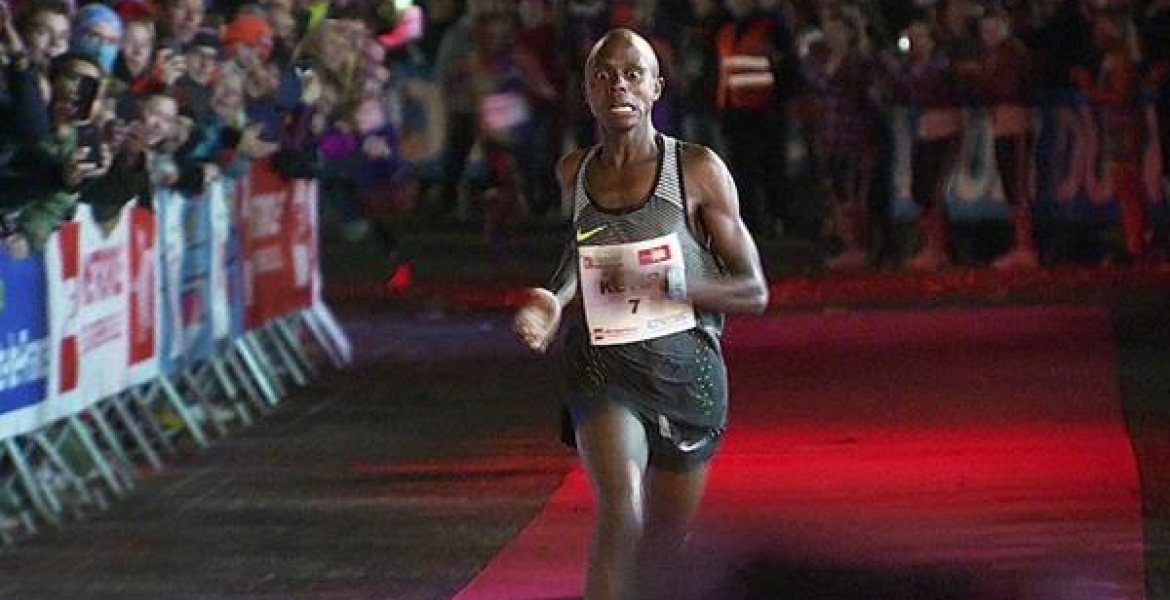 Keter sprinted away from the field in the final stages to cross the finish line in 13 minutes 22 seconds, taking seven seconds off the previous record of 13:29 set in Monaco in January 2019 by Julien Wanders of Switzerland.

They all crossed the finish line with an official time of 13:28, one second inside the existing world record.

The 5km road distance has only been recognized as a world record event since November 2017 and although Keter's is now the fastest time since then, other runners had bettered the time previously.

Congratulations Keter,and Jerop for doing us proud. Yes this year so far has been real good for Kenyan runners. The bar has been set high now.I believe that this is the best year since these kind of sports were recorded.
Unfortunately,there are also bad apples amongst them bent on soiling this brilliant achievements.Iam talking about doping. Before Kamworor broke the world half marathon record, it belonged to a Kenyan,Ibrahim Kitim.He has been banned for four year for doping.
Since the threat of Kenya being banned from Olympic games in RIO in 2016,there appears to been an increase in doping. Quite afew runners have been banned for doping.
Just like corruption, we abhor it and yet perpetuate the vice.
Unlike corruption in Kenya, our athletes make money while running out of the country,and doping cannot be tolerated there.We should note that when our athletes win, they fly the Kenyan flag high,and we are proud of them,and when they are caught doping,that brilliance is deemed and shame is brought to the country.
We have so many long distance runners in Kenya that we should not condone doping.I suggest that dopers should be banned for 10years.That way one will think twice to dope since ten years pretty much kill your career in running.And more importantly it sends a warning to would be dopers.The choice is simple,dope and loose your career,or look for another vocation,and dope.

Poor Julien Wanders of Switzerland, he sets a world record in January 2019 and it does not last a year... Congrats Robert Keter!