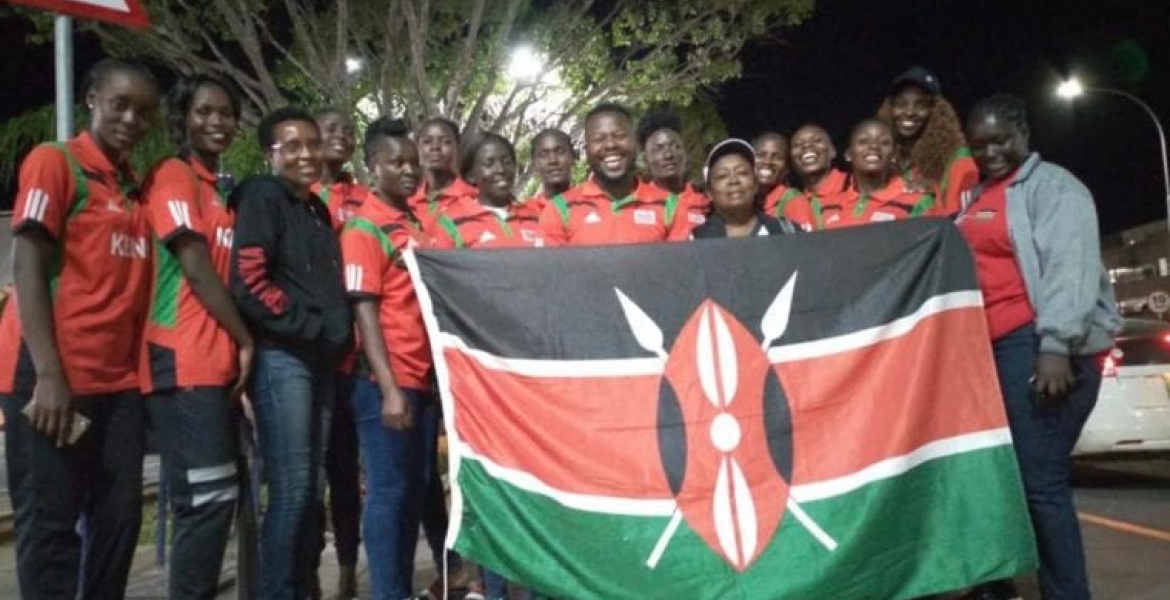 The team, which represented Kenya at the 2019 Africa Netball Championship, was allegedly denied access to their hotel after officials failed to pay a deposit for accommodation.

The girls arrived in Cape Town on October 18th and are reported to have gone straight to the field from the airport for their opening fixture, according to Citizen Digital.

Before they left the country, the Ministry assured them that their accommodation would be paid up, only for them to be stranded.

A Cameroonian well-wisher reportedly bought them milk and bread and offered alternative accommodation after they spent the night out in the cold.

This happened barely two months after President Kenyatta promised that no national team would ever get stranded again when representing the country.

“Anything in the mainstream media should not be considered as gospel truth,” she said.

Speaking to Citizen Digital on condition of anonymity, a senior player in the squad confirmed that the team was stranded over unpaid hotel bills.

“We have gone through hell because it’s true we were bailed out by a Cameroonian well-wisher who bought us milk and bread, and offered alternative accommodation because our government had promised to pay our accommodation once a pro forma invoice was sent back to Nairobi,” she said from South Africa.

Shows once again how empty Uhuru's word is. He id gallivanting in Russia while our proud sportswomen are suffering.

First, Amina Mohammed should go. If she does not resign, she should be fired. Then look for who else, or what else, is responsible for this public shame, and deal with it.

How come the reporter did not make any effort to contact the coach. No coach will allow a national team to arrive to a foreign country and head straight to a fixture. Please, get us the true story. So, what was the score of the fixture? Who did they play?

As an avid supporter of sports in Kenya, Iam disappointed in our government.Specifically the agencies that run our sports. This is not the first time this has happened.Iwould hope that it is the last time but I doubt.If the president himself assured Kenyans ,that no such thing would happen again,then what happened? Shouldnt some names/heads be on the chopping block?
Our sports men and women do sacrifice alot, especially their personal time for meager rewards(save for afew),and its only fair that the government should treat them with great respect,and financials support by making sure that their travel and lodging arrangements are way in order before departure...
I have read about dilapidated sports grounds that badly need face lifts. Some are in state of incompletion,but not thing seems to happen as though the relevant bodies know nothing about it...what a shame. Even the sports ground the rich arabs from Quatar,and Bahrain promised has not even broken ground many years after they exchanged our world beating athletes for passports.
Lets not take our athletes for granted.Remember some of them are the envy of the world.

what a lame,phony/fraudulent excuse not to taking responsibilities, How long she been CS in the ministry?? ...she deserve to be fired!!....Uhuru where are you at????